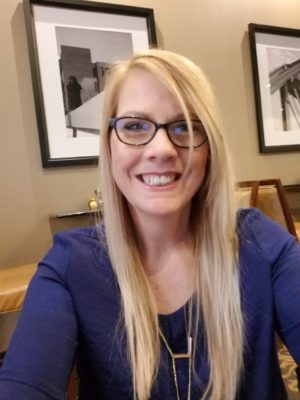 We are not the ones we were waiting for

Laura Hubka explains why she recently stepped back from local and state leadership roles in the Iowa Democratic Party, after months of trying to bridge the gap between opposing factions. A longtime dedicated volunteer, she also attended listening posts around the state this year as a member of the committee formed to analyze what went wrong for Iowa Democrats in 2016. -promoted by desmoinesdem

I sent an e-mail late last week resigning my positions on the Iowa Democratic State Central Committee, the first Congressional district, and my chair position in Howard County. Now that I have taken care of my duties within the party, I would like to be more specific on why I left. I will concede that these are my opinions, but I know through the time I spent talking to the people of Iowa in many different locations throughout the state that I am not alone in my opinions or feelings.

We say “the truth is on our side,” but what if we are part of the lie?

From the first time I took on being a volunteer for the Democratic Party for Barack Obama, I was excited and thrilled to be part of something so big and being able to “change the world”. I imagine that many feel this way. “Stars in the eyes and dreams in our hearts.” I plugged away for years and years.

We all know the story of the losses and the “investigation” and “rebranding” we tried to do over the years as we got our asses handed to us.

We blamed “money” and “outside” sources. Everyone in leadership kept looking past the problem. The “party” was anything but a party. The power struggle within was getting bigger and bigger and we watched really good candidates get squashed out of the game, because no one wanted to face the hard truth that America was changing.

We say that the Republicans want to “take us back,” but the Democrats don’t want to change either. They are not brave enough to try something different because “that won’t win races." Well, were we winning? Maybe I missed that? No, we lost a RECORD number of seats. More than ever before. Still, we saw back slapping and old ways used over and over again. “Wink and nod.”

We want to “celebrate” that Secretary Hillary Clinton got the “popular vote”. We want to put a “W” in our column? Really? That shows the desperation we have gotten accustomed to. We are so proud that we “won” even though half of the players on our team (The USA) did not even want to play?

So we stand around being “proud” and pointing fingers at Clinton, Bernie and the Russians. Who do you really think lost this thing? The 99% of American people who are struggling to work, live, eat and find some sort of “American dream”. WHY? Because we stopped talking to them and instead assumed they were “ours” because, well, you know “people that vote Republican are deplorable.” We let the internet talk to them. The internet told them nothing but that "we" were not the Republicans.

So they looked over at the Republicans and it appeared they had a candidate who wanted to bring jobs back, make America first, get us health care and was saying what they were feeling- mad, bad, awful things.

I could not get one-quarter of the volunteers to knock doors or make phone calls that I had been able to get before. [note from desmoinesdem: Howard County had the country's largest swing from Obama 2012 to Trump 2016.] I told you and SO many others told you as well. You shook your heads and just acted like it was the people that just did not get it. You did not invest time or money in finding out what was going on. The lie being told was there was no way Trump was going to win. Full stop.

So many young people were involved. Tech-savvy and invested. There was no hiding from mistakes and the doors were wide open on everything. They were reading state party constitutions and by-laws. They came to meetings prepared after sharing information on how things were supposed to be done only to find that nothing was done the way it was written on most occasions. People who had been involved for a long time took this to be an “invasion” of the party.

We play our own game of “the rules apply only to those outside our circle.”

Our state party is the first in the nation. First on the list of committees that get attention from the powers that be at the Democratic National Committee. They don’t live here, but yet we take marching orders from them. We take in kids from all over the nation ready for some Iowa action.

It’s the place to be if you want to shine up your political resume. These kids are often from big cities and places nothing like Iowa. We throw them into supporter housing and make them work 20 hours a day and give them a couple of vacation days. We make them wait for re-imbursement for mileage and any other thing they need.

More times than not their basic needs are not met in any way, either physically and emotionally. I think this is the price they pay, although we are the party of “equal rights” and “equal pay” and the party for the underpaid and overworked. Granted some of them eat it up, come back and move their way up the chain.

We get consultants and build more and more levels to each campaign as they arrive. More housing, more money and more TV time. YAY Iowa! Money!! It’s great for our economy. No harm no fail.

Now back to my point. My exit.

I have seen and dealt with sexism, racism, misogyny, accessibility denial, name calling, snickering, bullying, classism and inequality since I started, but even more so as I climbed up the ladder to the leadership. One story is told to one person and another version is told to someone else.

There were people getting overly upset because we wanted to make sure we had a vegetarian option on our workshop menu. Backstabbing and obvious sabotage to others plans because they are “not part of a certain group." One person was told to take their items to another area just because another person did not get along with them.

E-mail chains that purposely exclude others on a certain committee because the “gang” doesn’t like them then blaming that person for not knowing what is going on. Accessibility not being taken into account when meetings and events are taking place (even when reminded and called out on it) So wrong and discouraging. Snickering and “just a little too loud” conversations taking place right behind the person that is being talked about.

Derogatory remarks made about our LGBTQ and people of color.

Younger folks and those who had not been involved before were standing up to ask questions about procedures that they just wanted to understand (considering those procedures were NOT being followed in many instances). They simply wanted answers. Those people, newcomers with new and good ideas and questions, were now put into the “troublemaker” category.

The people who have been involved the longest were being called out on procedures and amendments that they themselves voted on within the last five years. They were arguing and challenging their OWN words. They started talking about how this was not “fun” anymore. It is so childish and discouraging.

I took a seat on the State Central Committee with other like-minded people, thinking we could change it from the inside. I have always been the middle-of-the-road person. Always trying my best to encouraging both sides of this Democratic divide to see the others point of view. I did it as long as I could. About a year.

I feel bad for leaving because I encouraged so many to stay. I feel bad because I told them we could change it.

I feel bad that we had to deal with the road blocks that I think will not move. I am just wondering what it will take?

I am sure I am not the first to come up against this problem. Some just sit back and watch but I will always refuse to do that. We are not the people we have been waiting for.

Who are we and what do we stand for if not for each other?

Worthy to be trusted with the musket
Iowapeacechief

So many questions, but so few answers
Randy Evans

Separate and unequal is wrong for Iowa
Bruce Lear | 2 Comments