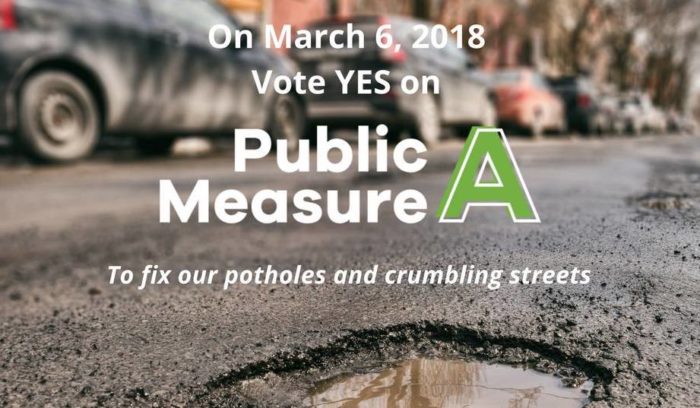 Why I support the local option sales tax

A government that does not provide adequate services is more regressive than a sales tax, writes Des Moines City Council member Josh Mandelbaum in this case for Polk County residents to support the measure on the March 6 ballot. -promoted by desmoinesdem

There is a cliché that the start of one’s term in public service is like drinking from a fire hose. My experience the last few months definitely shows the merit of the cliché. More comes at you quickly than you can possibly absorb. The budget is a perfect example of this, but in the case of the budget, I don’t have the luxury of time because local budgets must be certified by the end of March. I want to share with all of you some of what I have learned.

In examining the budget, one thing becomes clear quickly: the city will not be able to maintain its current service levels without new revenue or significant increases in property taxes.

The Capital Improvement Program (also known as the CIP budget) has identified projects for this fiscal year and the next five fiscal years. This includes planned street improvements, library projects, park projects, investments in fire equipment and stations, funding for the Neighborhood Development Corporation and Neighborhood Finance Corporation and many other items. The CIP budget is just the projects that are currently identified. There are a number of additional large projects that will come up in the future that are not currently included in the budget.

Simply to fund the street improvements, park projects, library improvements and other projects identified in the CIP budget will require a $1.50 (see p.3 of the summary) property tax rate increase over the next five years. In addition, we know that there will be increases in the city’s operating budget as we provide cost of living increases for employees and health care costs continue to rise.

Without additional revenue the city will be forced to significantly raise property taxes, cut services, or do both.

That’s where the Local Option Sales Tax comes into the picture. Raising the sales tax 1 percent will generate an estimated $37 million annually for the City of Des Moines. 97 of the 99 counties in Iowa have already adopted the local option sales tax. If Des Moines residents visit or shop in other parts of the state (including Jordan Creek mall starting July 1), we already pay this tax.

It is estimated that 30 to 40 percent of this tax will be paid by visitors to Polk County. One of the great things about Des Moines is that our attractions (e.g. Wells Fargo Arena, Art Center, Science Center, Principal Park, Civic Center, etc.), our institutions (Mercy, Methodist, state government, county government, Drake, Des Moines University, etc.) and our infrastructure (airport, Des Moines Water Works) serve the entire metro and beyond. All of those entities are tax exempt and do not pay property taxes. The local option sales tax is one of the few sources of revenue where people who come to our community and use our services will pay a significant portion of it.

These are some of the reasons why the Council put the Local Option Sales Tax on the ballot as Pubic Measure A. The ballot language for Public Measure A specifies how this revenue will be allocated. 50 percent of the revenue will be allocated towards property tax relief. The other 50 percent of the revenue would be used for the city to invest in key priorities that have been insufficiently funded for too long. These areas are roads, neighborhood revitalization, and public safety.

Making Major Improvements in Our Roads

The Public Works Department has developed a long-term plan to improve our roads. The plan starts with spending our street improvement dollars differently. Instead of simply pouring a layer of asphalt over structurally deficient streets, we will prioritize replacing deficient streets. Eventually, we’ll have more roads in good condition, and it will be easier to maintain our roads.

The local option sales tax and Public Measure A will mean a significant improvement in Des Moines streets.

Investing in Our Neighborhoods Through the Blitz on Blight

We will also look to rehabilitate properties and not just tear them down. At our January 8 meeting, the Council adopted a new policy for a Blighted Property Rehabilitation Program. This program provides assistance to rehabilitate blighted and abandon homes throughout the city, and it will be an important tool for revitalizing our neighborhoods We currently have $100,000 per year allocated to this program in the CIP budget. That’s enough to address a small handful of homes each year. If the local option sales tax passes, we can provide a more significant investment in this program and in turning around properties that could be rehabilitated.

The local option sales tax will provide for much needed investment in revitalizing our neighborhoods.

For example, earlier this year, I attended the graduation ceremony for the Des Moines Fire Department’s 94th Recruit Academy. Sixteen firefighters graduated. Thirteen of those firefighters were funded by a federal SAFER grant. In order to keep those firefighters on the street, the city must find funding for them in our operating budget as the grant runs out.

The city has also identified a need for a new fire station in the northeast part of town. This station will also need to be staffed and properly equipped. When we don’t have adequate fire stations, services throughout the community are impacted as fire engines and ambulances have to travel farther to cover calls.

Another example is our police radio system. Des Moines is still using the same analog radio system that we have had since 1974. This system has been kept cobbled together for many years, but it means we are using older technology with a greater risk of failure, and in some parts of town, we have spotty coverage. Updating our police radio system will improve service and allow for better interoperability with other law enforcement.

It’s important to put that property tax reduction in context. The $0.40 reduction in property tax rates would make Des Moines’ tax rate lower than it has been in over a decade, but if the assessed value of your home goes up, you may not even notice the $0.40 reduction. That $0.40 reduction is about $3.2 million dollars annually spread over all the property in the city. That’s less than 10 percent of the revenue generated from the local option sales tax. If 30 percent of the revenue from the local option sales tax comes from outside of Polk County (a conservative estimate) than 1/3 of the 30 percent of the sales tax generated by visitors to Polk County would be used to reduce the tax rate.

The vast majority of the local option sales tax dollars will go to maintaining and improving city services and not property tax cuts.

A Sales Tax is Regressive, a Government that Does Not Provide Adequate Services is More Regressive

The impacts of inadequate government service are significantly more regressive than $4 per month. I’ll give you a few examples. We all know that there are consequences to the poor conditions of our roads. I’ve heard from constituents who have spent $140 on a new tire after driving through a pothole or $160 for an alignment after rattling down our streets. For some households that is an inconvenience, but for other households, those expenses could mean falling behind on rent and utilities or doing without a meal.

We have 78 parks in Des Moines. Our current funding levels allow us to renovate the playground at a park a year unless we get private donations. Private donations are directed to specific parks creating a reality where the kids who have the most options outside of our park system also tend to live closest to some of our nicest parks. Or think about the family that relies on the library for internet access. Our current operational budget has each library branch closed one day per week, which means the family that relies on the library for internet goes without at least one day per week.

I know that there are other ways to fund government services besides the sales tax. The city essentially has one other option and that is to raise property taxes. Des Moines already has the highest property tax rate in the metro. If the local option sales does not pass, property taxes will go up. I doubt they will go up the $1.50 plus needed to maintain service levels. Instead, there will be road improvements delayed, park renovations that do not happen, reduced hours at our libraries, fewer inspections of rental homes, etc. These reductions in services will harm all residents, but they will have a disproportionate impact on our poorest residents.

For all of these reasons and more, I will be voting for Public Measure A on March 6. I hope you’ll join me.

The budget and the referendum on the local option sales tax are critically important for our city and community. I want to make sure that you have an opportunity to talk to me about both of these items. I’ll be holding office hours this Saturday from 2pm to 5pm at Caribou Coffee at 3220 Ingersoll Avenue. I communicate on these and other issues via newsletter and Facebook. If you would like to here from me directly sign up at www.joshmandelbaum.com or follow me on Facebook.

Iowa Senate district 14: A "rap sheet" that speaks for itself
Herb Strentz | 1 Comment