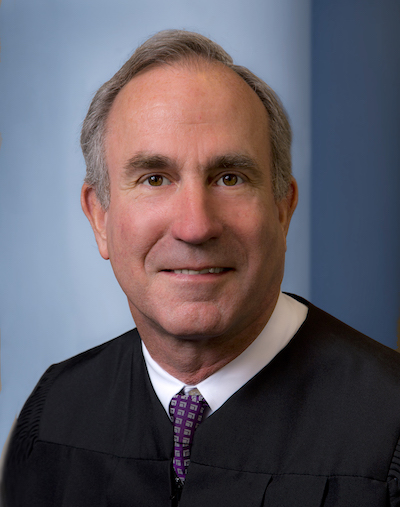 Justice Brent Appel, who has served on the court since October 2006, will step down on July 13, when he reaches the mandatory retirement age of 72. Since Justice David Wiggins retired in early 2020, Appel has been the only one of the seven justices appointed by a Democratic governor.

In a notice to candidates published on May 9, the State Judicial Nominating Commission described the timetable and process for filling the vacancy. Those wishing to serve on the Supreme Court have until 11:59 pm on June 17 to submit an application, background materials, and writing samples to the commission (sjnc@iowa.gov).

The commission will publish each candidate's name and application, after which members of the public will have a short window (until 11:59 pm on June 23) to submit comments. The commission prefers feedback sent via email; the commissioners' addresses are listed here.

The commission will interview the candidates on June 27 and 28; as in the recent past, those interviews will be live-streamed. The seventeen commissioners will vote on June 28 to select three nominees to forward to Governor Kim Reynolds. She will then have 30 days to select the next Iowa Supreme Court justice.

Reynolds has appointed nine members* of the State Judicial Nominating Commission, and attorneys in each of Iowa's Congressional districts elected the other eight members. From 1962 to 2019, the governor appointed eight of the commissioners, attorneys elected eight, and the most senior Iowa Supreme Court justice who was not the chief justice chaired the commission. The Republican-controlled legislature and governor changed the law in 2019, giving the governor more influence over which nominees for the Supreme Court and Iowa Court of Appeals reach her desk.

Reynolds has already been more fortunate than several of her predecessors when it comes to shaping Iowa's highest court. Appel's successor will be her fifth Supreme Court appointee in less than five years. The others are Chief Justice Susan Christensen and Justices Christopher McDonald, Dana Oxley, and Matthew McDermott.

Terry Branstad was able to name seven Supreme Court justices during his first sixteen years as governor and three after returning to the office in 2011.

Tom Vilsack was able to fill four Supreme Court vacancies over eight years; Appel was his final appointee to the high court.

Chet Culver had only one opportunity to appoint a Supreme Court justice, and Justice David Baker served for just two years before losing his position in the 2010 retention election. The other two justices who lost retention votes following the Varnum v Brien marriage equality decision had been appointed by Vilsack (Michael Streit) and Branstad (Marsha Ternus).

*In an unusual move, Reynolds reappointed Derek Muller to the State Judicial Nominating Commission after he lost an Iowa Senate confirmation vote in June 2021. The Senate has not yet voted on Muller's nomination this year. Even if Democrats prevent him from receiving the two-thirds vote he needs to be confirmed, Muller will be able to serve on the commission through its work filling this vacancy. Iowa law allows a person to remain in an appointed position for up to 59 days after the Senate has rejected the confirmation.

Do you have thoughts about any of Brent Appel's Iowa Supreme Court majority or dissenting opinions, or a story to share about his work in the Iowa Attorney General's office or in private practice? Please contact Laura Belin; private messages will be kept confidential.