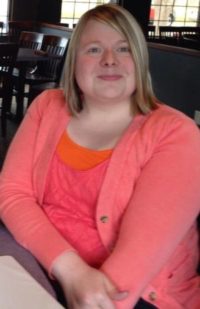 All candidates for Iowa Democratic Party vice chair are invited to make their case at Bleeding Heartland. -promoted by desmoinesdem

My passion for politics stems from the fact that I know that if I want to have rights, I need to step up and fight for them. I am transgender, and I live with a very rare genetic disorder that causes many of my organs to fail, which means that I must have health insurance. Because of this, I know that I need to fight to build a strong Democratic Party because the Democrats are the only ones who have had my back.

I believe that being who I am and the life experiences I have gives me a unique experience to help lead and strength our party.

I am a former party official from Pottawattamie County, and currently, I serve on the Johnson County Central Committee. I am a former campaign staffer who has previously worked for President Obama’s and Senator Sanders’ campaigns.

I grew up in Nebraska and transplanted to Iowa in 2012 because I believed in a better future and wanted to join the fight for it. Since Nebraska is deep red, but Iowa has been purple, in May 2012, I moved to Council Bluffs to work for President Obama as an organizing fellow. I have lived here ever since, volunteering on political campaigns and going to school at Iowa Western Community College and now at the University of Iowa studying psychology and sociology.

After the 2012 election, I worked with Nebraska State Senator Sara Howard on her bill LB380, a second-parent adoption bill. I ran a grassroots campaign for the bill which was sponsored by MoveOn.org.

In 2014, I was elected as the Pottawattamie County Democrats’ Affirmative Action Chair, and I served from February 2014 to October 2015.

In the Winter of 2015, I was hired by the Bernie Sanders campaign to be an organizing fellow which I was later promoted to field organizer and worked in several states including Iowa, Nebraska, Kansas, and Colorado.

Moving forward, I would like to speak to why I think we experienced losses here in Iowa this year. We did not do the best with our messaging in saying what we stand for. We needed to have a message that spoke to more people, including white working-class voters. However, this is hindsight. Specifically, here in Iowa, I believe that we lost because we were more focused on certain areas of the state and forgot about the rural communities.

How do we change this? I believe that we need to refocus ourselves on a message that talks about working class issues including our opposition to trade deals that send our jobs overseas.

Additionally, we must get out there and speak with the rural voters, which is part of my 99-coutny strategy.

First, bringing our candidates for statewide elections out to meet people in rural communities. It might be difficult work, but it is something that the other side does and look, they won again.

Second, we need to have events outside of Des Moines, like in Council Bluffs, Sioux City, Fort Dodge, Waterloo. These cities are not entirely rural, but they can bring in people from the rural areas.

Third, during elections we need to make sure that we have offices open in every single county. If we cannot set an office up in every county, we could combine a county or two, but we must make sure that people do not have to drive over an hour to get to an office.

My top 5 goals within the first 100 days would include, sitting down with the treasurer to learn the financial standing of the party. Working with the Chair and SCC to build a 99-county strategy because we can no longer win without looking at the state as a whole. Third, immediately working to plan fundraisers so that we can have funds to rebuild the party and have a fund to implement the 99-county strategy with the consent of the SCC. Meet with all the county chairs to listen to their concerns and what they need from their state party. Lastly, work with the Chair to hold listening meetings across the state to hear from the rank and file on what they want from their party and their ideas on how to rebuild.

Furthermore, I believe that we need to refocus fundraising in our party on grassroots organizing. We need to have more fundraisers, but less that are focused on only big money donors. I would work with whoever the chair is to build several fundraisers for the state party, throughout the state, that are $20-$50 suggested donation. These would be held in cities like Council Bluffs, Fort Dodge, and Waterloo. Of course, there will be traditional fundraisers in Des Moines. Also, we need to use social media to access our young members better; asking them for small donations of $1, $5, $10.

I would like to leave you all with this; we need to empower new people and young people. We need to be accepting of their ideas. We must listen to everyone even if we don’t agree with them.

Lastly, I am running because I want to continue to fight for a better future and the only way to do that is through a strong Democratic Party. I don’t want just to talk about it; I want to do something about it.

JANUARY UPDATE from desmoinesdem: Covington withdrew from the field of candidates for vice chair on January 6. In a statement posted on her blog, she promised to continue working to build the Iowa Democratic Party and warned, “we must heal the wounds within our party from the 2016 primary; otherwise, we won’t be able to fight the Republicans in 2018.”