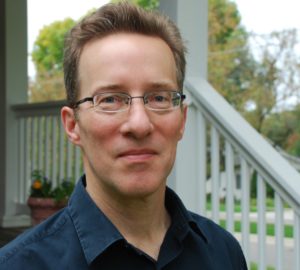 Let me introduce myself. I’m Chris Martin, a professor at the University of Northern Iowa. Please let me disabuse you of the notion that I worked just a couple hours today and spent the rest of the time sipping chardonnay. I’m like most Iowans. I work a lot (faculty members at my university average 52-54 hours a week), I have a family I love, I pay taxes, I vote, and I volunteer for my community.

I don’t like to toot my own horn, but I’m very good at my job. I’ve taught at UNI for 20 years, and I’m nationally known in the field of journalism and mass communication. I am a Fulbright Scholar and a recipient of the State of Iowa’s Board of Regents Award for Faculty Excellence – the state’s highest honor for university professors – and several other awards. I’m a public employee and member of the faculty union.

Because I’m a journalism professor, I can’t help but provide some needed fact-checking on several issues concerning Iowa’s collective bargaining law and the bills that seek to undermine it. I’ll speak to the collective bargaining tradition at the University of Northern Iowa, where the faculty have bargained peacefully and fairly with the Board of Regents for 40 years.

Senate Majority Leader Bill Dix, R-Shell Rock, told the Des Moines Register, “You know, we have heard loud and clear from Iowans that they believe that government can do much better in the service that we are providing, and are looking for a better deal," he said.

Comparing salary levels at the assistant, associate and full professor levels, at each interval, only three of the peer institutions have lower salaries, whereas seven are higher, according to the UNI Fact Book, 2014-2015.

Yet, UNI is far more productive than most of its peer institutions. In 2015 retention and graduation rates, UNI scored 85%. Only two of the peer institutions were higher, and eight were lower.

Moreover, according to the AAUP’s Annual Report on the Economic Status of the Profession, 2015-16, UNI is below the national average for salary and compensation (which includes health insurance) for same-sized Category IIA (Master’s) level public universities.

By all measures, the citizens of Iowa are already getting a great deal with UNI’s faculty in terms of cost-effectiveness.

Alternative Fact #2: Private Sector Wages for Comparable Work Should be the Standard

OK, let’s see how well this works out.

Advocates of the bill to gut collective bargaining argue that public employees should be paid closer to what workers in the private sector get paid. Great idea! I bet most of my colleagues would love this, since the starting assistant professor salary for private sector schools Drake University and Grinnell College are 14.5 percent and 15 percent higher, respectively. My guess is that’s not the outcome that Iowa Republicans intend. In fact, the proposal to leave wages as the only topic for bargaining, then limit annual increases to the lesser of two amounts -- three percent or the consumer price index – would leave faculty (and all Iowa public employees) in a terrible situation, particularly if the state hikes rates for health insurance, a real likelihood.

Plus, given that Iowa Republicans also recently introduced a bill to limit city and county increases in the minimum wage very clearly telegraphs that this Legislature wants to drag down private sector wages, too. I’m not sure who wins in this vision of Iowa, except the super-rich.

Alternative Fact #3: Local Control, and Keeping the Best Teachers in the Classroom

Again, Senate Majority Leader Bill Dix, R-Shell Rock, in his comments to the Des Moines Register: "The bill before us really focuses on how we can bring these decisions closer to the people and more local control. How we can keep our best teachers in the classroom, our best employees on the line, serving Iowans, and creating an environment where new innovation and creativity can take place."

First, there are about 1,200 different contracts covering about 119,000 public employees. If you want local control, it’s hard to imagine a better way to “bring these decisions closer to the people and more local control.” UNI faculty like the local control of collectively bargaining for their health care, for example, and not have it imposed on them by the state. If that’s not what you have in mind, then “local control” is not an accurate description of what you are proposing.

Second, if you want to “keep our best teachers in the classroom, our best employees on the line, serving Iowans, and creating an environment where new innovation and creativity can take place,” then taking away more than 40 years of fair collective bargaining and silencing worker involvement in their jobs is a surefire way to spoil the environment. In fact, a survey earlier this week of UNI faculty showed the loss of the current standards of collective bargaining would severely erode faculty morale and cause a large proportion of faculty members to leave.

Our bargaining unit at UNI covers about 550 faculty members. They teach 12,000 students, and the institution is a major economic force in a city of 40,000, and a Cedar Valley of about 394,000 people. And that is the impact of just one of the state’s 1,200 bargaining units. Eliminating real collective bargaining for Iowa’s public employees risks serious and extensive damage to the social and economic fabric of Iowa.

Cross-posted from the mediacrit blog.