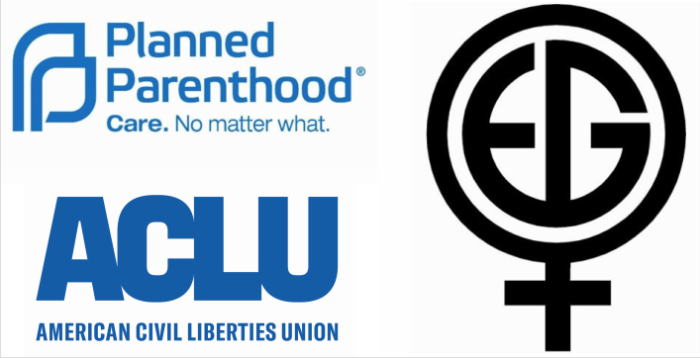 UPDATE: Have added the plaintiffs' court filings at the end of this post.

The American Civil Liberties Union of Iowa, Planned Parenthood of the Heartland, and the Iowa City-based Emma Goldman Clinic filed suit today to block the new state ban on almost all abortions after a fetal heartbeat can be detected. I enclose below the full statement from the groups and will post the court filing once that document becomes available. The Polk County District Court is certain to put a stay on Senate File 359 (which would have taken effect July 1) while litigation is pending.

Attorney General Tom Miller "has disqualified himself from representing the state" in this case, Solicitor General Jeffrey Thompson informed Iowa's Executive Council today. Miller took that step after determining "he could not zealously assert the state's position because of his core belief that the statute, if upheld, would undermine rights and protections for women." The attorney general recommends that the Executive Council authorize the Thomas More Society to defend the law. That conservative group has offered its legal services at no cost to the state.

Miller's decision is telling, because a few years ago, the Iowa Attorney General's office defended the state administrative rule seeking to ban the use of telemedicine to provide medical abortions at Planned Parenthood clinics around the state. The Iowa Supreme Court unanimously found that policy created an "undue burden" for women seeking an abortion. You can read that decision in full here.

Note that the telemedicine ban did not restrict surgical abortions in any way--only access to abortifacient drugs at some Planned Parenthood clinics. In contrast, Senate File 359 forbids abortion by any means after around six weeks gestation, with a few narrow exceptions that do not recognize a woman's right to make her own medical decisions.

All six Iowa Supreme Court justices who participated in the 2015 telemedicine ruling remain on the bench. (Justice Bruce Zager recused himself from that case, so his impending retirement is irrelevant here.) There is no chance the heartbeat ban will pass the "undue burden" test the U.S. Supreme Court established in the 1992 Casey decision. Francine Thompson, co-director of the Emma Goldman Clinic, told reporters today that only eleven of some 600 abortions her clinic performed last year happened during or before the sixth week of pregnancy.

The big question is not whether Senate File 359 will be struck down. It's whether the Iowa Supreme Court will find while doing so that our state constitution protects a woman's right to seek an abortion. Planned Parenthood sought that outcome in the telemedicine case, but the court determined "We need not resolve this question," after finding the administrative rule violated the U.S. Constitution under the Casey standard.

When the first version of the "heartbeat" bill was moving through the Iowa Senate in February, Iowa Catholic Conference executive director Tom Chapman expressed well-placed concerns about lawmakers enacting an "unconstitutional" law.

“We should consider the unintended, long-term consequences that could result from our court finding a robust right to an abortion in our state Constitution, which could result in the elimination of some of the limitations we already have in Iowa,” he said.

Proponents of the new law hope it will become a vehicle for the U.S. Supreme Court to overturn its 1973 decision in Roe v Wade. If the Iowa Supreme Court finds the new law violates the U.S. Constitution, that ruling could be appealed to federal courts. But if our high court finds our state constitution protects a woman's right to terminate a pregnancy before viability, that decision would be the final word on the matter.

May 15 news release from the ACLU of Iowa:

Today women’s rights advocates filed a lawsuit in Polk County District Court, requesting that the court block Iowa’s newest abortion law. That law would ban most abortions at around six weeks—before many women even know they’re pregnant. It would be the most restrictive abortion ban in the country.

The lawsuit is being filed by the ACLU of Iowa and the Planned Parenthood Federation of America as co-counsel on behalf of Planned Parenthood of the Heartland and Dr. Jill Meadows. The Emma Goldman Clinic of Iowa City is also a co-plaintiff in the case.

Unless blocked, the law would go into effect July 1. It would ban abortions as soon as any embryonic cardiac activity is detected, which usually happens at around six weeks.

This virtual ban is made even more harmful for women by the minimum 72-hour waiting period law that the Iowa Legislature passed last year. (That waiting period is currently blocked and awaiting decision from the Iowa Supreme Court.) If that 72-hour wait took effect and the six-week ban also took effect, even if a woman learned of a pregnancy very early, she would then be delayed by the mandatory wait period law—and then could no longer access abortion services.

If the ban takes effect, those Iowa women who can scrape together enough resources will need to travel out of state to obtain an abortion. Those who can’t will be forced to carry an unwanted pregnancy to term, or in some cases will attempt to self-induce, including by dangerous means.

Rita Bettis, ACLU of Iowa Legal Director, said, "This abortion ban is beyond extreme. With it, Iowa politicians have tried to ban virtually all abortions for women in our state. In the 45 years since Roe, no federal or state court has upheld such a dangerous law."

“This law must not go into effect,” said Dr. Jill Meadows, M.D., co-plaintiff and Planned Parenthood of the Heartland Medical Director. “Abortion care must remain safe and legal as an important part of basic reproductive health care. The evidence is clear that in places where abortion is banned or heavily restricted, some individuals desperate to end an unwanted pregnancy resort to unsafe methods. If the law went into effect, it is likely that many more Iowans would attempt to self-induce abortions in ways that could jeopardize their health and their lives.”

“We are challenging this law on behalf of our patients and all Iowans,” said President and CEO of Planned Parenthood of the Heartland, Suzanna de Baca. “The citizens of our state overwhelmingly reject attempts to restrict an individual’s rights and ability to control their own destiny. So today we fight. And we will continue to fight the efforts of anti-woman politicians to interfere in our personal health care decisions and lives. Patients deserve better, and Iowans deserve better.”

There are some exceptions in the law, but even those exceptions are so narrow and vague that they fail to protect women in extremely vulnerable or dangerous circumstances. They are:

• The law includes a “medical emergency” exception, but it’s extremely narrow and includes only “physical” conditions that are life-threatening or pose “a serious risk of substantial and irreversible impairment of a major bodily function.”
Doctors who violate this exception would lose their licenses. This puts doctors in an impossible situation in trying to assess whether patients with conditions, such hypertension or cardiac problems, are in enough danger to warrant an abortion. And they risk losing their license as a result if the Iowa Board of Medicine disagrees with them after the fact.

• The law expressly does not allow a woman to access an abortion she needs because of “psychological conditions, emotional conditions, familial conditions, or the woman’s age” even though the health—and even the life—of some women is at risk for those very reasons.
As just one example: some psychiatric medication is harmful during pregnancy, putting those women in the position of choosing to continue medically necessary mental health care and risking harm to a pregnancy, or go without the care they need.

• The vague exception for a diagnosis that the fetus has a condition that is “incompatible with life” also puts doctors in an impossible position of balancing the health and well-being of their patient with the uncertainty of medical prognosis and the risk of losing their license.

• The law’s exception for rape and incest requires that women report it to law enforcement or certain medical professionals within 45 days. That narrow definition and tight time frame rules out those women who became pregnant under conditions that may be, but are not clearly, incest or rape (and rape is not even defined anywhere in the Iowa Code).
Also, it blithely ignores the real-life circumstances of many victims who are too ashamed or traumatized to report the incest or rape at all—let alone within the narrow time frame.

Francine Thompson, co-director of the Emma Goldman Clinic in Iowa City, said the law would have a devastating impact on the women her clinic sees every day. “The cut-off period of this bill at around six weeks simply does not work for women. The timing essentially makes it an almost-complete ban on abortions in our state. It’s also important to note that the exceptions in the law are essentially non-exceptions. The requirement of reporting rape within 45 days, for example, is completely out of touch with the reality that survivors of those horrendous crimes live with.”

Planned Parenthood of the Heartland is a 501(c)3 nonprofit that provides, promotes, and protects reproductive and sexual health through health services, education, and advocacy. An affiliate of America’s most trusted provider of reproductive health care, PPHeartland is proud to offer a full range of high-quality services at 10 health centers in Iowa and Nebraska.

The ACLU of Iowa is a private, non-partisan organization that fights to advance civil liberties for all. It is the state affiliate of the national American Civil Liberties Union. The ACLU prides itself in upholding everyone’s civil liberties, no matter who they are or what they believe. We work to assure the rights of all Iowans—from atheists to devout Christians, from labor unions to businesspeople and more—to make sure the constitutional rights of all are preserved.

UPDATE: Here's the plaintiffs' statement of the case, asking for an emergency temporary injunction and a permanent injunction against enforcing the law, as well as "a declaratory judgment that the Act violates the Iowa Constitution," on three grounds.

• "due process rights of women seeking and obtaining abortions in the state of Iowa, as guaranteed by Article I, Section 9 of the Iowa Constitution."

• "the inalienable rights of persons to liberty, safety, and happiness, as guaranteed by Article I, Section 1 of the Iowa Constitution."

• "Petitioners' and their patients' rights to equal protection of the laws in the state of Iowa, as guaranteed by Article I, Sections 1 and 6 of the Iowa Constitution." (because the law singles out abortion from other medical procedures and discriminates against women "on the basis of their sex and on the basis of gender stereotypes")

• Motion seeking an injunction against enforcing the abortion ban, noting harm the law would cause women and doctors, as well as the case law recognizing that abortion is a right protected under the state and federal constitutions.

• Brief in support of that motion, arguing that plaintiffs "have established a likelihood of succeeding on their claim that the Act violates a protected constitutional right," that "Petitioners and their patients will be substantially injured" if the law takes effect, and "There is no adequate legal remedy available."

• Affidavit of Dr. Jill Meadows, medical director of Planned Parenthood of the Heartland

• Affidavit of Kerri True-Funk, associate director of the Iowa Coalition Against Sexual Assault