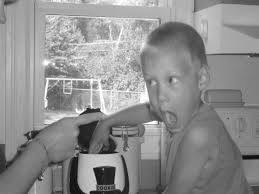 Matt Chapman recounts an interesting detour during the Iowa Senate's floor debate on March 14. Republican Senator Jake Chapman (no relation) tried to add "personhood" language--which never made it out of committee--to a bill banning abortions after 20 weeks of pregnancy. -promoted by desmoinesdem

An interesting thing happened when Senator Jake Chapman overreached last night. Go to this link below and you can view the whole afternoon/evening session. I will give you time stamps so you can go right to where the events written occur.

Chapman finishes up his comments (that you really don’t want to hear) about a story from the past. I will never get those minutes back in my life so please don't waste yours.

He basically was trying to tack his personhood bill to Senate File 471 through amendment 3142.

8:00:20
Senator Mark Costello (the floor manager of the 20-week abortion ban) respectfully asks to discuss in the well if the amendment is germane to the bill. The Chair, Senate President Jack Whitver, rules with Costello and the amendment is pulled from debate.

Instead Senator Chapman calls to suspend the rules pursuant to rule 25. (Rule 25 Suspension of Rules
No standing rule, rules incorporated by reference under Rule 3, or order of the Senate shall be rescinded or suspended, except by unanimous consent of the Senate or by an affirmative vote of a constitutional majority of the senate voting on a simple resolution) and calls for a roll call vote on if the rules can be suspended.

Senate Minority Leader Rob Hogg gives the Chair and Senator Chapman a WTF look and says the Democrats want to caucus. Instead he approaches the well.

8:04:15
The Chair states that the vote is to suspend the rules so that the pulled amendment 3142 (person hood language) could be re-introduced. (Remember Chapman's own party removed it)

Back on track. The amendment 3136 that Senator Chapman originally was going to give opening remarks to and asked for a motion on rule twenty five is instead recognized to Senator Chelgren and he moves to remove amendment 3316.

I think it's safe to say that Senator Chapman, for whatever reason made a big mistake with his own party. They let him speak about his views that were not worth repeating as he was sensationalizing an old story of an abortion that seemed to go horribly wrong but somehow the baby survived and grew into adulthood.

When it was respectfully withdrawn instead of moving on to the next amendment he used rule 25 (suspending Iowa Senate rules) to try to save it. I don’t know if it was a stunt or he truly thought this tactic would work, maybe through shaming his fellow Republicans but either way he just knocked himself down a couple of pegs with his party.

I would also mention that this is the senator that put language in his personhood bill saying the Iowa Supreme Court could not review the bill. That would require a constitutional amendment.

And Democratic Senator Tony Bisignano gave some comments in his points of privilege calling Chapman out. 9:25:25