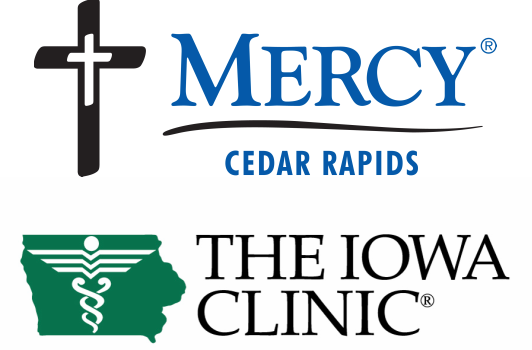 Doctors affiliated with Mercy Cedar Rapids and The Iowa Clinic are refusing to sign paperwork their patients need to register for the Iowa Department of Public Health's medical cannabis program. Iowa law requires applicants to obtain their doctor's signature attesting that the patient has a "qualifying debilitating medical condition." But the law stipulates that health care practitioners have "no duty to provide" written confirmation of the patient's diagnosis.

Mercy Cedar Rapids appears to have instructed its 503 physicians not to sign the IDPH paperwork, according to two sources with qualifying conditions, who receive health care at different facilities in that network. Most if not all of the 250-plus health care providers at The Iowa Clinic, a doctor-owned group in the Des Moines area, are also refusing to sign medical cannabis card applications.

The state's public health department has approved at least 283 Medical Cannabidiol Registration Cards for patients or their caregivers since a new law went into effect last May. Whereas the previous law applied only to certain seizure disorders, House File 524, passed during the final hours of the legislature's 2017 session, allows Iowans to obtain cannabidiol if they suffer from any of the following "debilitating medical conditions":

"FLATLY TOLD NO MERCY PHYSICIAN IN CEDAR RAPIDS WOULD SIGN OFF"

When one lifelong Mercy Cedar Rapids patient in his 30s took the IDPH form to his primary care provider, he "was flatly told no Mercy physician in Cedar Rapids would sign off on it," he told me. This source, who preferred not to be identified by name, was frustrated, since "All that my doctor had to do was sign a form stating I have a qualifying diagnosis. They are not being asked to prescribe medical cannabis."

Indeed, the IDPH application makes clear that the health care provider is not writing a prescription for cannibidiol (see page 4). Providers are simply confirming they have a professional relationship with the applicant and have been involved in diagnosing and treating that patient's debilitating medical condition. Incomplete forms lacking a physician's signature "will not be accepted."

Yet when this patient asked to be referred to another doctor who would sign the paperwork, he "was told no one in the Mercy network would do it."

Mercy has not prohibited its physicians from signing the cards. We have recommended that they wait until further guidance is provided by the state and our physician-led Quality Committee has completed its review and outlined a formal policy and process that will be needed to appropriately address the new law and support our patients.

My source characterized that explanation as a "shell game." His primary care provider and her nurse assured him that no one in Mercy's local network would "sign a qualifying conditions form, and that there was no one in Cedar Rapids who would."

A second source also found the official statement unconvincing. His doctor of more than fourteen years, Dr. Ann Soenen at the Mercy Vernon Village clinic, told him higher-ups had instructed all Mercy Cedar Rapids physicians not to sign the form attesting to a qualifying medical condition. "She asked her director in an e-mail while I was in her office," he told me. "It's all because there is no dispensary yet in Iowa. They won't have a problem with it when at least one opens." His understanding from his doctor was that the organization doesn't want patients to commit a federal crime by obtaining medical cannabis from another state.

The first cannibidiol products manufactured in Iowa under the new law "will be available at Department licensed dispensaries only, starting in late 2018," according to a December 2017 statement from the IDPH.

Note: the dozens of Iowa clinics with the Mercy name outside the Cedar Rapids area are part of the Mercy Health Network, a separate organization based in Des Moines. Janell Pittman, who handles communications for that medical group, told me in September and affirmed last month, "We greatly value the professional expertise of our physicians and their collective ability to make appropriate medical judgments. MHN does not have policies in place restricting physicians’ prescribing of medical cannabidiol to their patients, in accordance with their independent professional medical judgment."

For the record, no Iowa doctors prescribe cannabis derivatives. Jason Karimi, who runs the Iowa Patients for Medical Marijuana Facebook page, explained, "The word 'prescribe' should not be in any discussions. Prescriptions mean FDA approval. Nobody in the country has medical marijuana prescriptions. The laws only allow recommendations. There's a big difference, and it's important."

I have confirmed that some Mercy Health Network primary care providers have signed the IDPH form certifying a qualifying medical condition. I encourage Iowans who have tried to navigate this process with a Mercy physician to contact me confidentially.

"DENYING THE CARDS MAY BE SENDING THE WRONG MESSAGE TO PATIENTS"

Connie Norgart of Urbandale, a retired registered nurse, has advocated for legalizing medical cannabis for years. Due to post-polio syndrome, which causes severe muscle pain, she has been on opioids since 1989. Various pain medications have caused serious side effects, including fatigue, side effects, and bleeding ulcers.

Norgart took her IDPH paperwork to Dr. Melissa Thompson at The Iowa Clinic's West Des Moines office, she told me during a telephone interview in January. She's been seeing this family doctor for approximately sixteen years. But Thompson told Norgart she couldn't sign the application because they "were telling the physicians not to sign them."

At this time, The Iowa Clinic does not have a formal policy on the Healthcare Practitioner Certification required on the patient application for a Medical Cannabidiol (CBD) Registration Card. We are awaiting further guidance and development of the program by the State of Iowa. Therefore, most of our physicians are not comfortable proceeding. Once additional information has been received, we will begin the process of studying both CBD and THC (tetrahydrocannabinol) for use in medical therapy.

Norgart told me the same day that in a recent phone call, Thompson explained she was not "comfortable" with signing the IDPH form because of a line stating that the health care provider had educated the patient. That language on the form (page 5) reads as follows: "I have provided this patient with the explanatory information provided by the Iowa Department of Public Health (found on the Department’s website at this web address: https://idph.iowa.gov/Medical- Cannabidiol-Act-Registration-Card-Program/Medical-Cannabidiol-Education-Material) on the therapeutic use of medical cannabidiol and the possible risks, benefits, and side effects of the proposed treatment."

Asked what further information The Iowa Clinic physicians are seeking, Hilmes pointed to two passages on the Office of Medical Cannabidiol website:

The Iowa Department of Public Health (IDPH) is working to identify tasks and develop timelines to implement chapter 124E, as well as the resources needed to accomplish those tasks. [...]

The Iowa Department of Public Health (IDPH) is currently working to develop the rules that govern the implementation of the remainder of the Act.

Hilmes added in the same February 14 e-mail, "The Iowa Clinic physicians and providers are allowed to use their independent medical judgement in the management of their patients. Many providers are awaiting scientific peer-reviewed literature guiding appropriate usage, as is appropriate with any new treatment."

It's hard for patients to understand why a longtime, trusted doctor won't certify a diagnosis. Even if the health care provider has doubts about the value of medical cannabis, whether the patient has one of the qualifying medical conditions is not debatable.

I asked a number of patients who have registered for the state's program, or unsuccessfully attempted to apply, why they are seeking a medical cannabis card now. Many said they wanted to avoid unnecessary bureaucratic delays once the IDPH licenses a dispensary. "I know it won’t help me until December but I’ll be in line," was a typical comment.

Others wanted to convey the scope of demand for alternatives to traditional medications: "I wanted to get my card so they could have a better picture of the amount of people that would use this program." Some expressed concern that policy-makers might draw the wrong conclusions: "If we don't have anyone getting cards, then politicians who are against this whole thing can point to that and say there isn't a need." Many advocates working on this issue hope to persuade state lawmakers to expand the current law to cover more health conditions and more potent cannabis derivatives than CBD oil with 3 percent or less THC.

Norgart acknowledged that Iowans in her situation "can't get anything" legally yet. "But denying the cards may be sending the wrong message to patients" and others who keep track of medical cannabis registrations, she told me. "A lot of Iowans won't get the service they should be getting" if their doctors won't cooperate.

In the Des Moines area, The Iowa Clinic facilities are sometimes confused with UnityPoint Health. That group has hundreds of providers working in about 50 central Iowa locations, along with clinics in a dozen other cities across the state.

Communications staffer Amy Varcoe told me on January 29, "UnityPoint Health, including Blank Children’s Hospital allow each individual provider to make the decision based on each patient." She denied that the organization discourages physicians from signing IDPH forms. On the other hand, Varcoe asserted that "until the new law is implemented, only seizures are covered." That's not accurate; the state has approved medical cannabis cards for scores of Iowans who suffer from one or more of the other qualifying conditions.

The same statement from Varcoe noted, "UnityPoint Health still recognizes medical cannabis is not FDA approved and remains a schedule I drug recognized as drugs with no current accepted medical use and a high potential for abuse." Karimi of Iowa Patients for Medical Marijuana countered, "since these products are explicitly intrastate only, and not interstate, FDA approval is irrelevant to our state law. [...] FDA approval is only required for interstate marketing." He recommended this November 2017 article by Carl Olsen, a longtime activist who has studied the relevant federal statutes and case law.

Varcoe emphasized in a January 30 message that UnityPoint does not "in any way" discourage providers from doing what they feel is best for the patient.

While I confirmed that at least a few UnityPoint physicians have signed IDPH forms, patients in some communities have reportedly had trouble finding a UnityPoint doctor to certify their diagnosis. I hope to follow up on that soon and encourage Iowans to contact me regarding any relevant experiences with health care providers.

Polly Carver-Kimm, communications director for the IPDH, shared a graphic showing how many Iowans approved for medical cannabis cards suffer from each of the qualifying conditions. I also asked how many physicians from various health care groups had signed the application forms, but Carver-Kimm replied, "We do not collect information that would allow us to identify the certifying health care practitioners by health system, so we are unable to provide that type of detail requested."