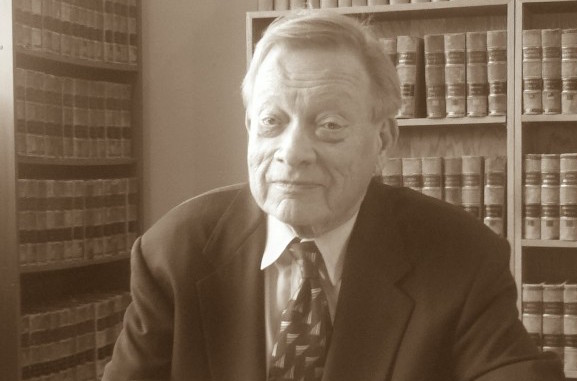 Thanks, Laura, for asking me to contribute a post about former Polk County Attorney Dan Johnston.

I said goodbye by phone to Dan Johnston a couple of days ago. He was in Iowa Methodist Medical Center waiting for a bed in hospice.

It was around this time of year in 1974 when Dan and Norman Jesse came to my fathers' bedside as he was dying and helped him cast his last vote.

Dan Johnston's obituary will no doubt include his career highlight when at the age of 30 he successfully represented Roosevelt High School students who were suspended from school for wearing black arm bands to protest the Vietnam war in a case that made it all the way to the U.S. Supreme Court. He also held elective office as Polk County Attorney and ran for Iowa Attorney General.

In 1966 the idea of gay marriage was not imaginable. Most of us had no awareness of what it was to be homosexual. Dan, and many of my friends back then, were gay but I didn't know it because the perceived stigma was career ending and Dan et al had very public careers ahead of them.

My best friend had what was referred to as a 'funny uncle' and my aunt, who never married, was referred to as an old maid. That was the extent of my awareness of homosexuality back then. Which means, I wasn't aware at all. I don't know for sure if my aunt was gay, but I wish she was around these days because if she was, I would love it if she lived to feel accepted. Instead, she spent years in the 'care' of a psychiatrist and had a nervous tic from what I believe now was from suppressing who she was.

Dan is a brilliant attorney, a champion of civil liberties and a guy with a caustic and sarcastic sense of humor. For me, he was one of the very first people to teach me that real people I know are gay.

When Dan was running for Polk County Attorney I had him on my talk radio show on WHO. A caller threw me way off guard by making a disparaging remark about his sexuality. Dan was not 'out' at the time. I immediately went to a commercial break. Honestly, I don't remember how he handled it. I wish I did. I'm sure it was brilliant.

Dan gave life to the various stages of awareness for me about being gay from - 'What's that?' to 'what-a-waste' to isn't-it-great-gays can marry.

Photo credit: ACLU of Iowa, which gave Dan Johnston its Louise Noun award in 2014 to honor his "long and impressive legacy in civil rights and constitutional law."