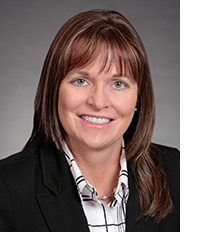 Disappointing but not surprising: the Iowa Senate on April 10 confirmed Geri Huser as chair of the Iowa Utilities Board by 44 votes to four. Senators delayed consideration of Huser’s nomination in late March, after Ryan Foley reported for the Associated Press that she “has maintained a busy and profitable private legal practice” during her first two years as board chair.

Iowa Code 474.8 stipulates that each utilities board member “shall devote the member’s whole time to the duties of the office.” For decades, every other attorney appointed to that board halted his or her legal practice during the term of service. For some reason, Huser decided those standards need not apply to her. She has also given out conflicting information about her work for the Skinner Law Office. Although she has claimed not to receive any income from that firm, she appears to work out of their office, as Bleeding Heartland discussed near the end of this post.

On the other hand, the 44 senators who supported Huser on Monday sent a clear message to Iowans. If state law on devoting one’s “full time” to public service gets in the way of a earning a side income, sometimes during regular business hours, powerful and well-connected officials don’t need to follow that rule.

Huser’s ongoing legal practice isn’t her only unprecedented behavior as Iowa Utilities Board chair. Less than six months into her term, she withheld funding for energy centers affiliated with state universities. That inappropriate exercise of her authority was disruptive to the centers and possibly illegal. At the time, a former lawmaker who helped create the energy centers described Huser’s interference as “way out of line.”

Democratic State Senator Joe Bolkcom works at the Center for Global and Regional Environmental Research at the University of Iowa, which got caught up in Huser’s power play, even though the Iowa Energy Center at Iowa State University was her primary target. I am seeking comment from Bolkcom on his vote to confirm Huser and will update this post as needed.