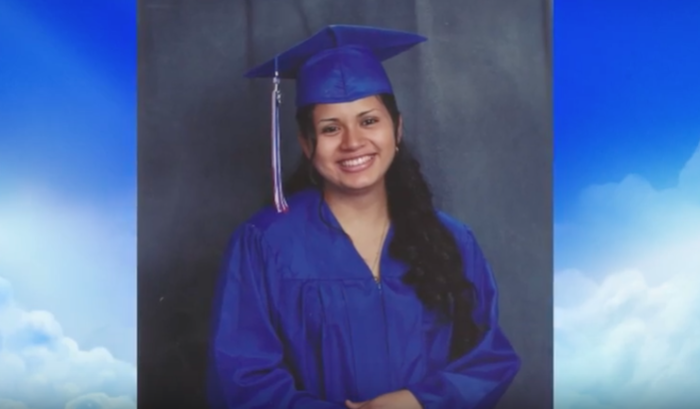 While many Americans enjoy a peaceful Christmas with loved ones, hundreds of thousands of "DREAMers" who have lived in this country since childhood risk losing everything unless Congress acts before March 2018.

Democrats in the U.S. House and Senate, including Iowa's Representative Dave Loebsack, just blew their best chance to provide some form of permanent legal status to these victims of a broken immigration system.

In early September, President Donald Trump announced plans to phase out the Deferred Action for Childhood Arrivals (DACA) program President Barack Obama had established in 2012. An estimated 800,000 people nationwide and 2,681 Iowans had been temporarily protected from deportation under DACA.

This short video profiles Karen Ventura, a DREAMer who has lived in Iowa since age 9 and registered for the DACA program in 2012.

DACA was far from perfect, as Ciriac Alvarez explained in this thread. For example, DACA is a work permit but "not a way to go to college. We still do not qualify for federal aid (FAFSA/Pell grants/student loans)." Joe Crookham, a prominent Iowa business owner and leading Republican donor, covered much of the cost of Ventura's higher education.

Contrary to rhetoric spouted by some conservatives, DACA was never "amnesty"; applicants had to go through "comprehensive background checks" and other requirements. Nor was the program a "free ride." Immigrants covered pay taxes and pay into Social Security despite not being eligible to receive Social Security benefits.

Most important: DACA never provided a pathway to citizenship.

Nevertheless, DACA protection was life-changing for many. About 95 percent of people in the program are working or in school. Research indicates that DACA status helped 63 percent of recipients get higher-paying jobs; about 48 percent attained better working conditions. (Employees living in constant fear of deportation are easier to exploit.)

Under Trump's policy, no new DACA applications have been accepted since September. Those with permits due to expire by March 5, 2018, had one month to apply for a two-year extension. Everyone else is set lose DACA status as of March 6.

As a young child, Karen Ventura spent seven years separated from her own mother before coming to Iowa. Her half-sister, a U.S. citizen, later experienced the same heartbreak, after their mother was deported to Guatemala. Now Karen Ventura's own children, who are U.S. citizens, may grow up without her if Congress fails to act.

Democrats don't hold many cards in Washington, DC. Republicans control every committee and passed a sweeping tax bill without a single vote from the minority party. However, Democrats had one big opportunity this month. Senate rules required at least 60 votes to pass legislation keeping the federal government funded. There are only 52 Republicans in the upper chamber--51 last week, with Senator John McCain recuperating from an infection at home.

U.S. Senator Jeff Merkley of Oregon was optimistic when I interviewed him in September at the Progress Iowa Corn Feed in Des Moines. "I'll predict right now that we pass a DREAMer act before the end of this calendar year," Merkley told me, a few days after Trump had moved to end DACA. How did he figure that, since House Speaker Paul Ryan and Senate Majority Leader Mitch McConnell have refused to bring up the DREAM Act as a stand-alone bill?

We have a lot of leverage. There are key, must-pass bills that will be considered in the Senate, including the debt ceiling, including the funding bill for January 1 forward--or actually, December 8 forward. And I think we're going to have a lot of Republicans who actually in their hearts would like to join us in this.

Are those Republicans in House or Senate leadership?

Well, they don't have to be in leadership. You've got to have the votes in the Senate to get these bills passed, and that requires negotiation, and we are certainly going to fight to get the DREAMers protected. [...]

[W]e are not going to wait for a larger bill in order to protect the DREAMers. We are going to take on, and say these individuals, coming here as children, no fault of their own, know no other country, we're going to fight for them. They are contributing members of our society, and they are not going to be evicted out of our nation.

Merkley was confident the president would sign such a deal. "If it's attached to a major bill, he'll sign it." Here's the audio clip:

Unfortunately, Senate Minority Leader Chuck Schumer failed to keep his caucus in line. Quite a few Democratic senators who are on record supporting the DREAM Act didn't want to roll the dice on a government shutdown. Eighteen of them ended up voting for a short-term funding measure on December 21.

House Democrats made more of an effort, Jim Newell reported for Slate.

House Minority Leader Nancy Pelosi has stood her ground, whipping her conference to vote against the bill if the DREAM Act and other priorities weren’t included in the bill. Pelosi herself, along with Hispanic Caucus chairwoman Rep. Michelle Lujan Grisham, testified before the House Rules Committee on Thursday morning, urging the committee to amend the spending bill to include the DREAM Act. It did not. The bill passed the House on Thursday afternoon, 231 to 188. Though 14 Democrats eventually voted for it, they withheld their votes until it was clear Republicans could reach a majority without their help.

One of those fourteen was Iowa's own Dave Loebsack, a DREAM Act co-sponsor who voted for the legislation in 2010. His office didn't release a statement on the spending vote, and I forgot to ask for a comment before the holiday break.

When I asked Loebsack about prospects for a DACA fix at the Progress Iowa event in September, he was less upbeat than Merkley. Notably, he did not promise to demand DREAM Act provisions as a condition of funding the government beyond December. "I think the dynamics right now in Washington are just so confusing that it's hard to know from day to day or even hour to hour, what's going to happen and who's going to go with whom on what coalition," Loebsack told me. "Our job is just to keep pushing" on priorities. "I think it's something we can get done. I think it would protect these folks, as we should, because I don't think they should be punished for the sins of their parents, basically. So it's the right thing to do."

Many Congressional Democrats condemned Trump's action on DACA, but Loebsack's office did not release a statement at the time, nor did I see him quoted in Iowa news reports that week. Was he deliberately staying a little quiet on the issue? "No, no, not at all," Loebsack replied. "No, I mean, I can't go out and take a public stand on everything that passes every day. So no, not at all. I'm definitely--you know, I'm a co-sponsor on this, it's not a problem."

I understand the logic behind this tactical decision. Harry Enten argued at FiveThirtyEight that Democrats "have more to lose politically from a shutdown than Republicans." They hold a large lead on the generic congressional ballot, and Trump's approval is low. While recent national polls have shown immense support for protecting DREAMers from deportation (see here and here) it's not a priority for most Americans. Meanwhile, government shutdowns are generally unpopular. Presumably Loebsack didn't want to be accused of putting the needs of undocumented immigrants ahead of keeping the government running.

Senator Tim Kaine of Virginia indirectly said as much when he told the Washington Post last week, "I will exercise every bit of leverage I can for the Dream Act, but if there is a vote that would lead to a shutdown, that’s where I draw the line."

Brinksmanship over funding the government the only real leverage Democrats have now. In early 2018, Congress will vote on another funding bill and a debt ceiling hike. Why would Republicans agree to help DREAMers, knowing Democrats don't have the stomach for a fight?

Even though Loebsack's vote last Thursday wasn't make or break for passing the bill, I'm disappointed he didn't stand up for DREAMers. The end of DACA could ruin hundreds of thousands of lives, a devastating blow to people who had no say in coming to this country. Talk from Democrats is cheap if they are not willing to force the issue. The time to push was last week, when Republicans were highly motivated to get home in time for Christmas, and Trump was in a hurry to get to his for-profit business in Florida.

Top image: High school graduation photo of Karen Ventura, a DREAMer who has lived in Iowa since age 9.