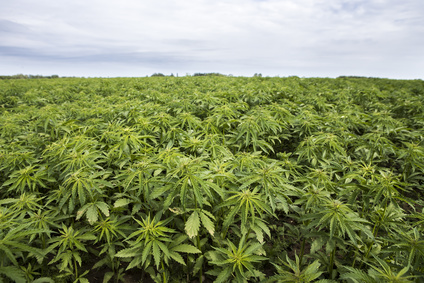 A crop whose time has come

Ryan Marquardt is a fifth-generation Madison County farmer and the Democratic candidate in Iowa House district 25. -promoted by desmoinesdem

What would you say to a crop that grows well in Iowa, has the potential for significantly higher profit margins, and can be used for everything from building material to cosmetics to food? Industrial hemp is the answer, and Iowa is no stranger to it.

During World War II, Iowa grew tens of thousands of acres as a "victory crop" for the war effort. Although hemp was effectively pushed out of the market in 1937 by the Marijuana Tax Act and banned in the 1970s, supply disruptions forced the United States to create special permits and push farmers to raise hemp. The remnants of that production period still persist in ditches and fence rows across Iowa.

Industrial hemp has been a victim of its own versatility as a crop. Just like field corn, sweet corn, and popcorn are all the same plant species, hemp and marijuana are technically the same species. It is the use, applications, and minor genetic variation that defines their varieties. Industrial hemp’s uses include stalk fiber for building materials, paper, textiles, plastics, and animal bedding. Seed from the plant can be consumed by livestock or processed for human consumption. Oil can also be extracted from the seed for use in food, cosmetics, or paint.

Contrary to popular belief, hemp is genetically very different from marijuana. Marijuana has a roughly twenty times more Tetrahydrocannabinol or THC (the part of marijuana that results in a “high”) than industrial hemp. Under cultivation, industrial hemp is grown for seed and stalk, not leaf matter, and is planted very densely to encourage thin stalks and height. For marijuana cultivation, the plant is spaced much wider to encourage leaf growth.

U.S. Senate Majority Leader Mitch McConnell is set to roll out a bill that would legalize industrial hemp production and classify it as a commodity crop. This would reclassify hemp under federal law so it is no longer a controlled substance, allowing growers to be allocated federal dollars for cultivation and to compete for federal grants. Last week, the Iowa Senate approved Senate File 2398, titled the "Iowa Industrial Hemp Act," on a unanimous bipartisan 49-0 vote, and sent the bill on to the Iowa House. This bill would create the Industrial Hemp Commodity Program, administered by the Iowa Department of Agriculture and Land Stewardship, and the Industrial Hemp Production Program, administered by the Board of Regents.

The Iowa House needs to take up this legislation and pass it this year. Other states are making gains in hemp research, while we have been sitting on the sidelines. There is a lot of research to do in developing this new crop, from seed to production and processing.

Iowa’s farm economy could use a real shot in the arm. With farmers facing a fourth year of declining net farm income, a brewing trade war with China, potential declines in ethanol demand from the rising number of electric vehicles set to hit the roads in the coming decade, now is the perfect time to shake things up a bit, and now is the perfect time for industrial hemp research. Don’t let this bill stall out in the Iowa House; contact your representative and tell them to push Speaker Linda Upmeyer to support all options on the table for Iowa Agriculture, or contact the Speaker directly at linda.upmeyer@legis.iowa.gov.

Jacob Swanson of the Iowa Department of Agriculture and Land Stewardship warned that hemp is a Schedule I controlled substance that is illegal to transport hemp across state lines.

He also said that the department does not have the lab capacity to take on the required testing of industrial hemp. Swanson estimated it would cost the department more than $160,000 for the appropriate equipment, in addition to new staff costs.

[Republican State Representative Lee] Hein, the chairman of the House Agriculture Committee, signed off on the bill, but said he has several questions. Although it was approved by the Senate 49-0, Hein doubts it will win House approval this year.