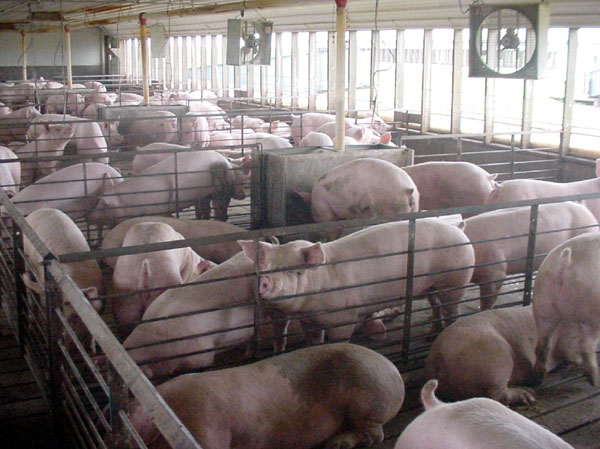 The room was packed for an August 28 hearing on a new proposed confined-animal feeding operation (CAFO) in Jefferson County. Lots of people expressed their frustration that Iowa's laws make it nearly impossible to stop a CAFO that will compromise the quality of life for the neighbors.

There are some things we hold sacred in this country. They are expressed in the Declaration of Independence as the inalienable rights of Life, Liberty, and the Pursuit of Happiness. The pursuit of happiness certainly should include the right to not have our health and quality of life destroyed by another person’s business model.

Make no mistake about it: many Iowa citizens have had their health and quality of life severely compromised when CAFOs moved into their neighborhoods. Published studies in peer-reviewed scientific journals have documented the detrimental health effects of living near CAFOs.

When I served a four-year term on the Iowa Environmental Protection Commission I heard many first-hand accounts of how people’s lives were turned upside down when a CAFOs moved into their neighborhood. Some had to seal their houses airtight. Some had to live in their basements. Quite a number have had to abandon their homes completely and move elsewhere. These are serious infringements on people’s rights as citizens. How can we allow this to happen in Iowa?

The Iowa legislature has failed its rural citizens by caving in to the demands of lobbyists from the Farm Bureau and the pork industry and taking away local control over the siting of CAFOs. The Master Matrix is a sham. Only 50 percent of the Master Matrix points are required to pass, and nearly every CAFO takes the same easy points. When I was in school, 50 percent was a failing grade, an F.

What are some of the easy points? The Master Matrix gives 30 points for the liquid manure storage structure having a “cover” and 30 points for the manure storage structure being “formed.” That is the way CAFOs are built, with a concrete basement for the manure (formed) and with the building on top (the cover). That gives 60 points just for being a CAFO.

One of the Jefferson County Supervisors recently said in a letter to the editor that if the supervisors take away points that the DNR [Department of Natural Resources] disagrees with, the DNR will take away the county’s ability to use the Master Matrix. That is false. That has never happened. If the DNR disagrees with a county scoring and reinstates Master Matrix points that county supervisors have denied, the county can appeal those points with the Iowa Environmental Protection Commission. It happened a number of times when I was on the EPC.

Increasingly, county boards across Iowa are recognizing that the Master Matrix is a sham, and some counties are becoming stricter in their scoring of Master Matrix points. Some county boards have even refused to pass a Master Matrix application that scores enough points, because they are interested in protecting the rights of their citizens over the profits of CAFO owners. I urge the Jefferson County Supervisors to also take a stronger stand. County supervisors are in a position to signal to the Iowa legislature that this sham has gone on long enough, and that major changes are needed.

Elections, not caucuses, should be the focus
Randy Evans | 5 Comments