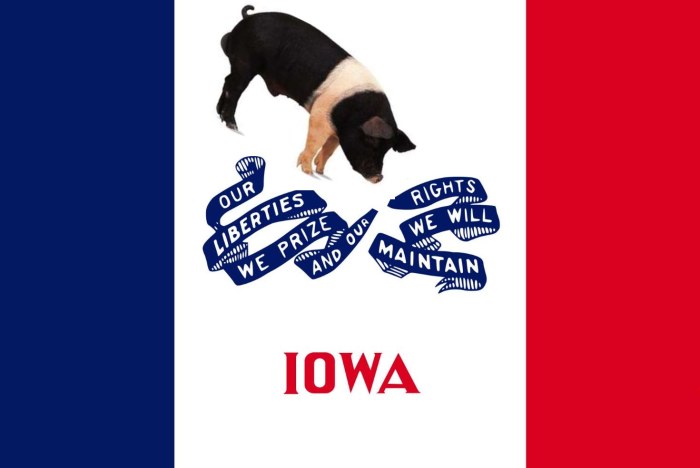 I have written some things about manure lately (link, link, link, link). If you were able to make it to the end of those essays, you learned:

· We have a lot of livestock animals in Iowa

· These animals produce a lot of waste

· This waste is used to fertilize crops

· Manure is a good fertilizer

Furthermore, those essays highlighted the following conclusions culled from the scientific literature:

· When farmers use manure, they tend to apply nutrients well beyond the agronomic needs of the crop

For the most part, those are uncontroversial positions in my world. Almost mundane, really. University researchers know this, commodity organizations know this, agency people know this, politicians know this, farmers know this. However, most of those folks are afraid to talk about those last two bullets in public.

When I throw some words at those bullets and put the information in relatable maps, the industry responds not with ideas to better manage the situation, but rather with a Des Moines Register guest column by the Iowa Farm Bureau Federation's public relations manager Laurie Johns:

FOR THE LOVE OF GOD WE NEED MORE HOGS

Her argument goes like this: our cropland has the capacity to handle twice as much manure and therefore twice the number of hogs.

Ok, that’s cool. Do our streams have the capacity to handle more nutrients, assuming we don’t reduce commercial fertilizer inputs by commensurate amounts? Of course we don’t know, because our agencies take the industry position and actively oppose nutrient standards for the public’s water.

A guy named George Orwell once wrote, “so long as they [the public] are not permitted to have standards of comparison, they never even become aware that they are oppressed." Amen, brother, amen. Whatever happened to the common good?

I’m hesitant to make certain distinctions in my writing, but when somebody does it for you in public, what the heck. As the saying goes, don’t look a gift hog in the mouth:

Folks, there are people who look at a green lake or a brown stream and say, “What’s the big deal? After all, BACON!!” As if civilization just figured out how to cure pork.

I know this is an agricultural state and a great place to raise corn and soybeans and a great place to concentrate the animals that will eat that stuff. I also know these things are important to our economy and our identity, and that we will always do them at some level.

What I don’t understand is why the public is expected to indemnify those activities AND tolerate (or pay to remedy) the current level of pollution that comes with them. I want the industry to explain THAT in the pages of the Des Moines Register.