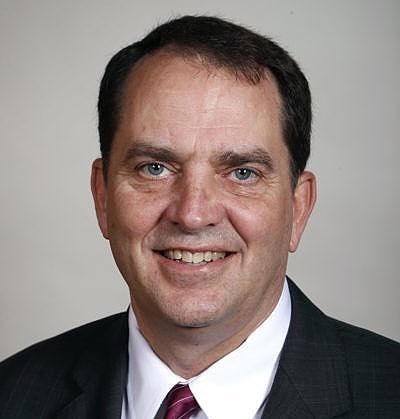 Board members of the Iowa Communities Assurance Pool, including State Representative Michael Bergan, have “frequently held public meetings at posh out-of-state resorts, costing tens of thousands of dollars while making it harder for the public to attend,” Ryan Foley reported for the Associated Press on September 16.

The pool is a “group self-insurance program for Iowa public entities,” providing property and casualty coverage, along with other services, to hundreds of entities in 75 counties. Members elect its board of directors, who represent cities, counties, or other public organizations.

Foley’s article is worth reading in full. Some excerpts:

Directors of the Iowa Communities Assurance Pool for years have held two of their six annual meetings in other states, usually Florida in February and Michigan in August. The board has met several times since 2009 on islands off the coast of Florida and in Lake Michigan and other getaway destinations, according to a review of meeting minutes and spending records. […]

Last month, the board convened at The Boulevard in St. Joseph, Michigan, on a bluff overlooking Lake Michigan, for meetings that were spread out over three days. In February, the board held a 29-minute meeting during an insurance conference in Marco Island, Florida.

Meeting minutes show that board members have tripled their daily pay since 2010 to $300 for attending such meetings and to $175 for traveling to and from them. They are also reimbursed for hotels, meals and travel and often bring their spouses, who have to pay their own way.

The practice of holding two meetings a year at luxury resorts in other states seems to have begun before Bergan joined the board in 2012, representing a northeast Iowa child services organization where he worked as executive director.

The pretext for the February trips to a warm-weather location is the annual conference of the American Public Entity Excess Pool. Jody Smith, who has chaired the Iowa Communities Assurance Pool board since 1992, told Foley that “board members are expected to go to the conference every year so they can ‘stay up to date on risk pool industry trends.’ They also have a brief board meeting that usually lasts less than one hour.”

As for the August trips to fancy destinations on Lake Michigan,

Smith said those meetings are held in Michigan for convenience because the company that serves as the pool administrator is based in Farmington Hills — but that is usually 200 miles (322 kilometers) or more away from resorts that the board chooses. Getting to Mackinac Island, where the board met in 2012 and 2017, would require a four-hour car ride and an hourlong ferry ride.

Foley found that the Iowa Communities Assurance Pool’s board did meet in Iowa in August 2016–at a Lake Okoboji resort. The board’s other in-state meetings throughout the year often take place “at private Iowa clubs that require memberships — the Embassy Club West in West Des Moines and the Hyperion Field Club in Johnston.”

Smith asserted that the board “operates in a manner and practice consistent” with Iowa’s open meetings law, which is ludicrous. Meetings at private clubs and faraway luxury resorts are not what Iowa Code Chapter 21.4 envisions: “Each meeting shall be held at a place reasonably accessible to the public and at a time reasonably convenient to the public, unless for good cause such a place or time is impossible or impracticable.”

Whether or not the insurance pool’s board is subject to Iowa’s open meetings law, board members should not be using an organization funded by public entities to subsidize vacations twice a year. They could easily hold all of their meetings in state. One or two staff members could attend the annual American Public Entity Excess Pool conference and report what they’ve learned to the board.

Democratic State Senator Claire Celsi, a member of the Senate Government Oversight Committee, called the story “outrageous” and said she “got the run around when I called to get a list of email addresses of the board members.”

Bergan didn’t respond to Bleeding Heartland’s inquiries by phone and e-mail, seeking further information on his travel in connection with the Iowa Communities Assurance Pool board.

House district 55 is likely to be among the most competitive 2020 Iowa House races. Bergan has not clarified whether he plans to seek a third term. Earlier this month, Koether had no comment for the record when Bleeding Heartland asked about her future plans.