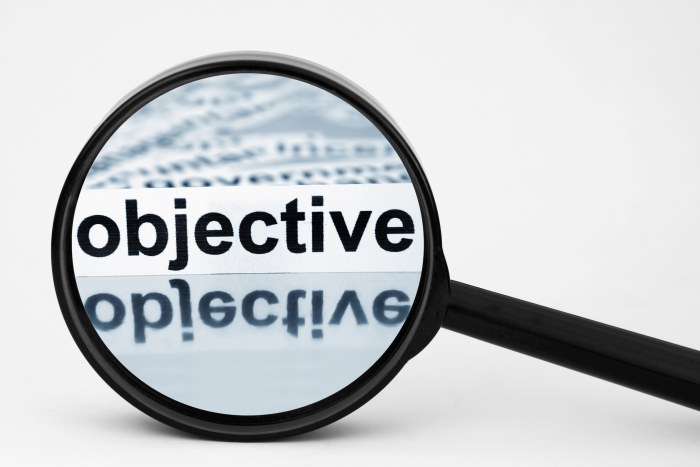 Being objective about "objectivity"

Herb Strentz was dean of the Drake School of Journalism from 1975 to 1988 and professor there until retirement in 2004. -promoted by Laura Belin

After almost 60 years of coping with the concept of “objectivity” in journalism, it finally dawned on me that a key problem is a lot of folks are not objective in discussing “objectivity.”

Consider: The New Yorker magazine offered a 2,026-word essay on why the concept of “moral clarity” might replace “objectivity” in assessing press coverage. The Economist magazine followed a week or so afterward with a 1,530 word essay on today’s status of “objectivity.”

That is like discussing the Garden of Eden and not mentioning Satan or considering John Milton’s Paradise Lost essay without mentioning the Serpent.

To their credit both essays offered definitions of “objectivity” — basically being balanced and fair.

You have no idea how rare that is. In fact in the century or so of discussing “objectivity,” rarely does a writer define the term, which makes pointless arguing so much easier.

Well, okay, the July/August 2014 issue of The Quill, the magazine of the Society of Professional Journalists, Sigma Delta Chi, offered a definition of objectivity. It was so astounding the editors put the definition in the headline: “Objectivity is Bullshit.” The article did not provide much illumination beyond that.

Nor has much other discussion, given the amorphous nature of “objectivity” and its umbrella nature to cover so many desired characteristics of news coverage including these 20: accountability, accuracy, balance, compassion, credibility, decency, dignity, diversity, fairness, honesty, impartiality, independence, integrity, relevance, respect, sensitivity, thoroughness, trustworthiness, truthfulness, vigilance.

The list does not include some version of the word “objectivity,” but then neither does the 7-page, 2,860-word code of ethics of the Gannett Newspaper Division. Nor does the 770-word code of the Society of Professional Journalists.

Given how “objectivity” may be all over the map, or not on the map at all, here are five points to serve as anchors or observations in coming to grips with it.

1. In the mid-19th century, the new concept of “objectivity” probably meant being non-partisan. That was necessary for the success of the first wire service, a newspaper cooperative, the Associated Press. Many newspapers were highly partisan in news coverage. If they were to contribute to and use news stories from their joint-membership co-op, those stories had to be less partisan or nonpartisan. Each paper couldn’t afford to cover all state or national developments, so they needed an “objective” approach to news that all could reasonably rely on in using one another’s reporters or the work of AP staff.

2. “Objectivity” might have been defined at that time as telling both sides of the story. Over time, it has become clear that many stories had more than two sides, or maybe only one side. Objectivity might also be viewed as being dispassionate, not uninterested in a story’s content, but disinterested, so long as the report was fair. That came to be criticized as not being possible because many stories are so tragic or joyful, that how can a reporter not be affected by the emotions in play?

3. “Objectivity,” however, did not become as commonplace as might have been hoped. Fox News is nothing new in journalism, even though its impact now is at least national. At least two significant newspaper empires of the 20th century scorned “objectivity” when it came to their region’s politics. The Los Angeles Times under publisher Norman Chandler essentially ran the California Republican Party and was virulently anti-labor. The Chicago Tribune under Col. Robert McCormick had similar influence on Midwestern politics and viewed moderates, such as Mike and John Cowles, publishers of newspapers in Iowa and Minnesota, almost as communists.

Indeed, one of the great newspaper stories of the 20th century is how the Los Angeles Times became one of the nation’s great newspapers under Otis Chandler, Norman’s son, and how the Chicago Tribune shed “the Colonel’s” influence in similar fashion.

4. An odd aspect of “objectivity” is that so much of the criticism of not being objective is focused on newspapers deemed to be leftist and so little on those deemed to be off to the right. For generations, newspapers and broadcasters of any political persuasion have tended to support the status quo of their communities, much as other big and small businesses have. One of the best critics of the 20th century press was A.J. Liebling (1904-1963), often in The Wayward Pressman, his column in The New Yorker. Liebling wrote about how the press had two favorite themes — the undeserving poor and the deserving rich.

The poor after all had only themselves to blame for their status and the wealthy were to be praised and idolized for using the system as well as they did, even in their canniness is using legal loopholes to get ahead.

Ben Hecht--a Chicago news reporter in the 1920s and later a famed screen writer and husband of the actress Helen Hayes--highlighted the racist nature of news judgment and Chicago press coverage in his books Gaily, Gaily and A Child of the Century. In the civil rights battles and violence to come, of course, government officials often blamed the unrest on the biased press or “the outside agitators.”

5. Nowadays, the problems of “objective” reporting are compounded by the internet and social media. Twenty or more years ago it was celebrated that “everyone can be a publisher.” We’re paying the price for that now in that (a) the system makes it easy to pay attention only to “news” that suits you and (b) the system makes it easy to publish only news that comforts you.

The best answer to all of the above is an informed electorate capable of self government — a greater challenge than “objectivity.”