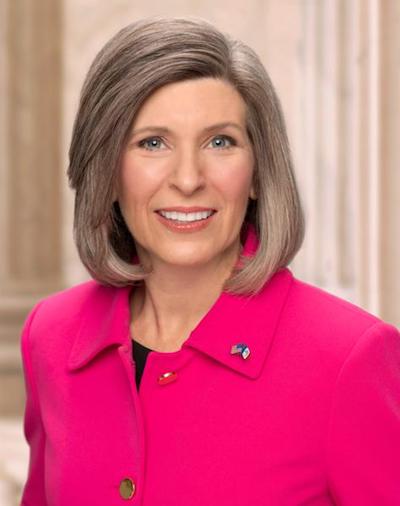 Senator Joni Ernst wants the people of Iowa to vote for her, but she doesn’t want to say where she stands on Social Security. That is because she won’t admit that she wants to reach into all of our pockets and cut our earned benefits.

Ernst recognizes that if Iowans knew she favors cutting Social Security it would be political suicide. Voters of every political affiliation overwhelmingly oppose cutting our modest but vital earned benefits. Instead, Ernst stated at a town hall meeting in 2019 that Congress needs to “sit down behind closed doors” to make “a lot of changes” to Social Security.

It’s not hard to understand why Ernst won’t openly and honestly state what those changes are. U.S. Representative John Larson, the Democrat who chairs a House Social Security subcommittee, has stated plainly — and accurately — what Ernst and her allies have in mind: “The hard truth of the matter is that Republicans want to cut Social Security.”

Larson should know. He has held a series of hearings this year that drove home the message that our Social Security system is sound, but needs to be expanded for current and future beneficiaries. It must also be strengthened by asking the wealthiest Americans to pay more into the system.

Several bills pending in the Senate would ensure that Social Security will continue to pay out benefits without cuts. Senator Ernst has not cosponsored a single one of them. Nor has she offered her own proposal. Rather, she wants to “sit down behind closed doors.”

Why? Because she wants to cut the earned benefits of Iowans and other hardworking Americans. But she wants to do so in the dead of night so she can avoid political accountability.

That is how it should work. That is what democracy looks like. But that is not what Ernst and her Republican colleagues want.

Fortunately, Ernst is up for re-election. Iowans should force her to state plainly and simply whether she favors expanding or cutting Social Security. If she refuses to answer, voters should understand what that means and vote accordingly.

Editor's note: President Franklin Delano Roosevelt signed the Social Security Act into law 85 years ago this week, on August 14, 1935. This timeline shows how benefits have expanded over the years.