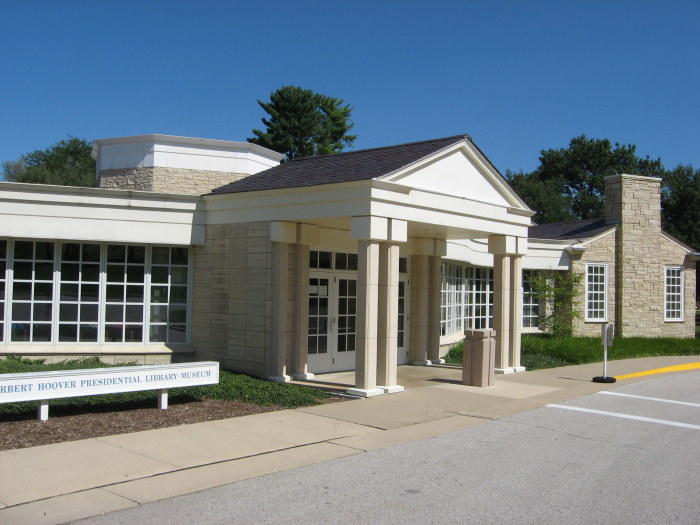 There will be no presidential libraries for Obama, Trump

Herb Strentz examines the impact of digitization on institutions valued by historians and archivists. -promoted by Laura Belin

Whatever the outcome of our presidential election, there will not be a traditional Donald Trump Library to inspire jokes about his presidency or to morph millions of scattershot tweets into scholarly insights.

Nor, for that matter, will there be a Barack Obama Library, once lawsuits over a proposed Obama Presidential Center in Chicago’s Jackson Park are settled. Scheduled for groundbreaking in 2018, the proposed $500 million community center is mired in litigation over its location and other issues.

Regardless, we likely have seen the last of public presidential libraries under the aegis of the National Archives and Records Administration (NARA) as fixed places where citizens, visitors and scholars can read through millions of books and billions of pages to better understand the challenges and promises of democracy. That is what President Franklin D. Roosevelt dreamed when he set the library idea in motion in 1939.

That remains the vision today. But thanks to digitization, it’s said, people anywhere can view documents online in electronic format.

In essence, going digital — to its advocates — means people can survey the give and take of democracy from personal information gadgets instead of traveling hundreds or thousands of miles.

Here are some general points in understanding why the current NARA presidential libraries may be the last of their kind. (In an upcoming post, we’ll take a closer look at Iowa’s Herbert Hoover Presidential Library and Museum in West Branch.)

1. Under the presidential library plan as advanced by FDR and spelled out in the Presidential Records Act, thirteen presidential libraries are administered by NARA — those for Presidents Hoover through George W. Bush. The preceding 30 presidents are recognized and supported in universities and private foundations around the nation.

2. NARA libraries and museums are odd couples, with museums supported by private foundations and the libraries by taxpayers through NARA, although there is one director for an entire operation. A museum and library are built with private funds and then the library is turned over to NARA administration, since the president’s records and papers by law belong to the people.

To maintain a library once it is ceded to NARA, a private foundation was required in 2008 to provide an endowment of 60 percent of the building’s construction costs. That had been 20 percent in 1986, then 40 percent in 2003.  With construction costs now well over $200 million, it’s understandable that the private foundations might welcome a switch to digital access and more independence for their museums.

3. To paraphrase scripture: Where two or three are gathered in a president’s name there will be disagreements. So it is with presidential libraries and museums. NARA may want to see more uniformity among its libraries. And the libraries may want freer rein.

Furthermore, the private foundations typically are supporters of a president, desirous of seeing him in the best light. That leads some critics to characterize recent museums as “shrines” with occasional exhibits to attract visitors and not to inform about a president — as was the case when the Reagan Library showcased material on Walt Disney.

Librarians and archivists, however, are faithful to FDR’s vision of citizens having an accurate chapter in the nation’s history. (The Nixon Library, dedicated in 1990, did not come under NARA until 2007, partly because disputes over possession of presidential papers and because of the foundation’s desire to almost ignore Watergate.)

The move to digitize records may spark the most disagreement from among those faithful to the vision of the presidential libraries providing an accurate and informative understanding of a president and the office of the president. The distinction between the man and office provides the context for understanding the workings of our democracy.

That’s a mouthful, but, to me, it stems from Harry Truman who recognized — as many citizens did, but the press of the time did not and still may not — that people can despise the president but still respect the office.

Let’s take two of the leading voices among the pro and con when it comes to digitizing records of a presidency.

A “SYSTEM THAT ISN’T A COMPLETE EMBARRASSMENT”?

As an outsider, you have to respect the credentials and concerns of both Anthony Clark, who sees the new approach as a return to FDR’s vision, and Bob Clark, no relation, who warns that digitizing “threatens the presidential library system as we know it and ultimately impairs our democracy.”

Anthony Clark, recognized as an expert on the libraries and author of The Last Campaign: How Presidents Rewrite History, Run for Posterity & Enshrine Their Legacies, wrote in Politico that “presidential libraries are a scam”:

(T)here is a very good chance that we will know more about the Obama presidency within the next decade than we already know about the presidencies of his four immediate predecessors. […]

The Obama Foundation will pay for NARA to digitize unclassified records and release them to the public as they become available, but the center’s “Library,” which may or may not house a local branch of the Chicago Public Library, will not contain or control presidential papers and artifacts, digital or otherwise. Instead, according to a NARA press release that called the museum “a new model for the preservation and accessibility of presidential records,” those records will be stored in “existing NARA facilities”—meaning one or more of the agency’s research or records centers across the country. […]

For Anthony Clark, the plans for Obama’s library may bring us “closer to having a presidential library system that isn’t a complete embarrassment, and meets FDR’s vision for preserving presidential records so that American citizens can learn from the past to gain knowledge for the future.”

OR AKIN TO THE “WAREHOUSE SCENE IN RAIDERS OF THE LOST ARK”?

Bob Clark defended the traditional presidential library in an article for The Public Historian. He was director of archives of the Rockefeller Archive Center in Sleepy Hollow, New York, from 2001 to 2015, and served at the Franklin D. Roosevelt Presidential Library and Museum in Hyde Park as supervisory archivist, deputy director, and acting director.

I took comfort in the hope that at least one of the truly genius aspects of the presidential library system would be preserved: the presence of impartial government archivists, archival records, and museum objects paired with a more public-facing museum and programming component operated by the foundation; civic education occurring arm-in-arm with historical content and context.

With the announcement that the Obama Presidential Center will have only a foundation-run museum, that hope is now gone. And in my opinion, our democracy, the Obama legacy, and the legacy of all future presidents will be worse for it. […]

Now, unfortunately, President Obama’s records will end up in the paper and digital equivalent of the final warehouse scene in Raiders of the Lost Ark instead of a separate facility in America’s heartland, as FDR had envisioned. Don’t get me wrong: NARA’s archival staff are dedicated, highly skilled professionals. But it’s impossible for an archivist in Washington, DC, or at another large records-storage facility to have deep subject-matter knowledge of the billions of records at that location.

Bob Clark lamented the absence of a “dedicated Obama Library staff to receive and process the records from the beginning of the library’s life, to gain deep subject-matter knowledge of the period, the players, and the issues, and to mature as the library matures.” He concluded,

When he opened his presidential library to the public in 1941, FDR declared that “the dedication of a library is in itself an act of faith” in the future of democracy.15 He said this at a time when the world was aflame in war and when antidemocratic movements were ascendant. One could argue that we live in a time where the world and our own nation are endangered by similar threats from without and from within. It’s a tragedy that today we have so little faith in ourselves.

Achieving the goals of digitizing may be a “people” issue, not a technical one. In going digital, how does one maintain the public-service role of archivists at the libraries working with researchers in accessing the records? Archivists at the Hoover Library, for example, share information that even a well-prepared researcher may not know, such as better sources that should be looked at along with those on the researcher’s checklist.

Of essence is the archivist’s knowledge and the researcher’s doggedness, as exemplified by Robert Caro and his volumes about Lyndon Baines Johnson.

Further, while the Presidential Records Act is detailed about what the president must do in keeping records for posterity, that law has no sanctions if a president fails to comply.

Thomas Blanton, director of the National Security Archive, a non-profit agency at the George Washington University Library in DC, has questioned Trump’s compliance.

This is an administration that doesn’t want to keep a record. Keeping a record might contradict the president. That would be bad for your professional future at the White House. So the current practices show up the Presidential Records Act as a kind of honor system that is really outdated today.

And, he might have added, digitizing is not the answer to his concerns.

A forthcoming piece will address that and other topics, inspired by a more assuring visit to the Hoover Library.