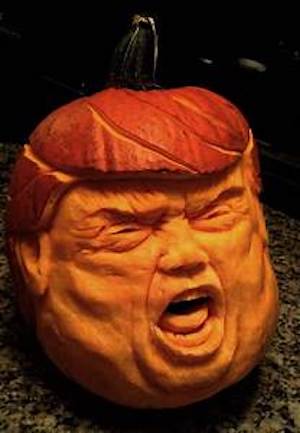 Herb Strentz reports on how central Iowa food banks are handling an unprecedented letter from the president in boxes for the needy. -promoted by Laura Belin

Halloween will soon be upon us, and there is a “trick or treat” aspect to a flap involving President Donald Trump. I'm not referring to his planned campaign rally at the Des Moines airport, but to a controversy surrounding aid to our nation’s hungry.

Here’s the deal: Given that COVID-19 has cost farmers much of their commercial market and exacerbated food insecurity for millions of people, the U.S. Department of Agriculture advanced a $4 billion Farmers to Families Food Box Program called the Coronavirus Food Assistance Program.

Here’s the misdeal: The boxes that program provides to food banks around the nation--and then to food pantries-- now include a letter in English and Spanish and adorned by the usual grandiose signature of Donald J. Trump. He takes a measure of credit for the program and writes, “I prioritized sending nutritious food from our farmers to families in need throughout America.” 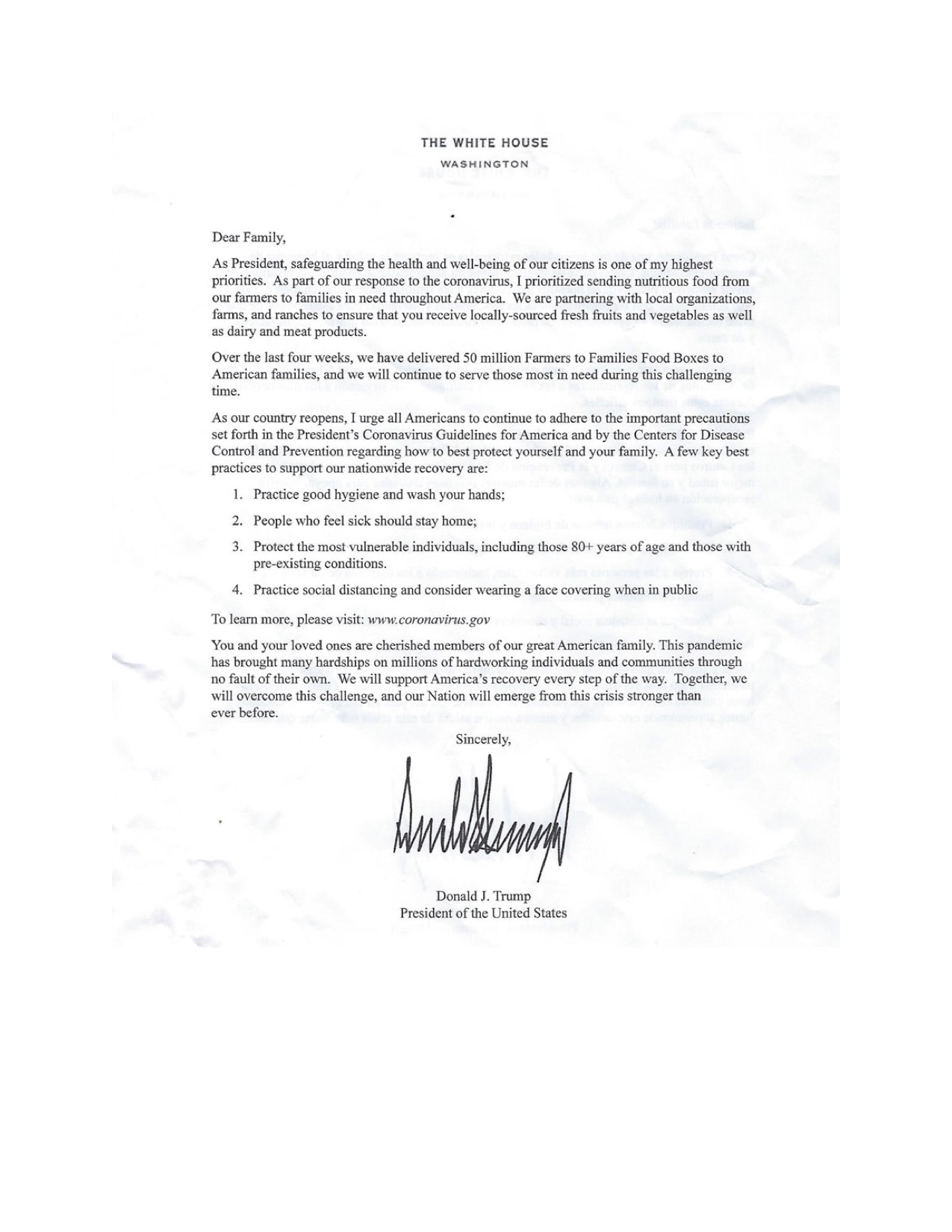 A letter was included in some boxes during the summer, at the suggestion of Ivanka Trump.

As of October, however, those packaging the food boxes were required by the USDA to have the Trump letter in each box.

Democrats predictably were outraged by what they saw as a political gimmick coming a month before the election. They complained it could be a violation of the Hatch Act, which prohibits executive branch employees from engaging in political activities.

USDA can force its contracted processors and packagers to follow its directives. The food pantries, however, have no such contracts. They can do what they think best for their operations and the people they serve.

While the USDA and others find grounds to require the letter to be in food boxes, people operating the food pantries around the nation wonder if the Internal Revenue Service might disagree. Could distributing the Trump letter be seen as engaging in partisan politics, putting the pantries at risk of losing their not-for-profit status?

Those concerns are echoed in the Des Moines area, where food pantries may choose not to include the letter. Given the politics and vindictiveness of the day, there is reluctance to comment publicly. And if the program is undercut, it is the hungry who would suffer.

Matt Unger, chief executive officer of the Des Moines Area Religious Council, which serves fourteen food pantries in the Des Moines area, told Bleeding Heartland that while the processors/manufacturers putting the boxes together must include the letters, “What happens to them once they are distributed is out of their hands.” DMARC did not remove the letter from boxes delivered to their food pantries, Unger said, partly because of the time it would take, but mostly because the pantries had the discretion to do so.

Tami Nielsen, a spokesperson for the Iowa Food Bank, said the current phase of the Coronavirus Food Assistance Program is scheduled to end this month, but the program may be extended again.

Both she and Unger commented on October food provisions, which might call into question how much Trump has “prioritized” getting food to the needy. A recent shipment was a marked change in the food provided in the way of dairy products, protein, and produce.

In an email, Unger noted,

…they’ve made this program much more difficult logistically for the last phase of it. And it doesn’t feel at all like the program was made better. We had been getting 17-20 lbs of produce in the boxes from May to September. But with the addition of dairy (we’ve had yogurt, cheese, and milk) and protein (we’ve had little smokies, frozen meatballs, and taco meat in a bag) the only produce in the boxes has been a bag of potatoes, a bag of onions, and a bag of apples.

Alluding to the pandemic that sparked the Coronavirus Food Assistance Program, Trump’s letter mentions safe practices such as “wash your hands” but only asks us “to consider wearing a face covering when in public.”

Same goes for Halloween, I suppose.