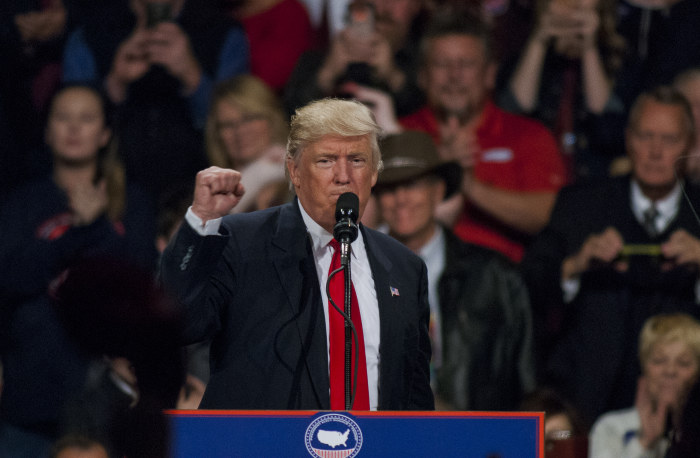 For those who deplore hatred, an alternative to hating Trump

Herb Strentz: I think I’ve found a way out, at least for me. I no longer “hate” the president. -promoted by Laura Belin

Many people are hesitant to say they “hate” Donald Trump. The hesitancy may spring from Biblical and other religious tenets, philosophy, wisdom and advice, going back at least 2,500 years to Confucius.

And, after all, the New Testament of the Christian Bible does call for people to love their enemy, to pray for those who persecute you, etc.

And there is even older advice about having to dig two graves if you seek revenge or hate — one for the object of your revenge or hatred and the other for yourself because of the self-destructive nature of revenge and hatred.

Still the drive to hate may gnaw at one.

I think I’ve found a way out, at least for me. I no longer “hate” the president.

It’s just that I don’t traffic in obscenity.

And, with dictionaries at hand, I found Trump obscene.

Yes, yes, much of the focus on obscenity deals with — in legal terms — appealing “to the prurient interest,” parading sexual material or actions that the community would find “patently offensive.”

But in Miller v. California, the 1973 decision providing a definition of obscenity that focused on the prurient interest, the U.S. Supreme Court majority also asked “Whether the work, taken as a whole, lacks serious, literary, artistic, political or scientific value.” Trump certainly is a work of something.

Further, consider the nouns and adjectives that non-legal dictionaries provide for the obscene and obscenity. Here are a dozen:

Those help get one out of the “hate” conundrum. They suggest “obscenity” as a good umbrella word, a catch-all to avoid the pitfalls of hate.

Advice for November 3 can be universal. When you vote: Don’t traffic in obscenity.