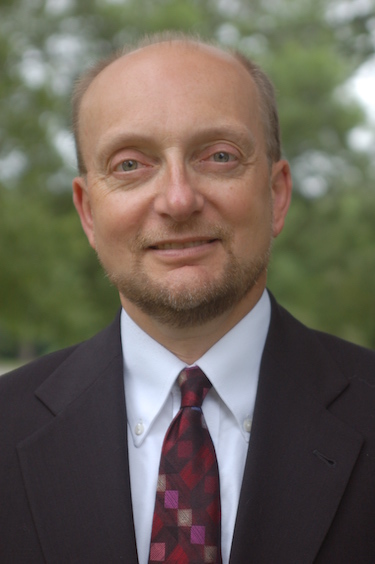 Election week 2020 felt like an anti-gravity bungee jump for Iowa Democrats. We went from the depths of despair on election night, suffering losses we never expected, to huge relief -- euphoria even -- on Saturday when it was clear Joe Biden had won the presidency. That our next vice president will be a woman of African and Indian descent added to the joy of knowing that Donald Trump’s occupation of the White House will soon come to an end.

But there is no question Iowa Democrats are hurting. We lost statehouse seats we should have won. We did poorly in the U.S. Senate and presidential races. We lost one -- maybe two -- U.S. House seats. (We were not alone in this. Democrats even lost seats in states Biden won!)

Iowa Democrats wonder what it will take to win again statewide. Some things are clear: we remain strong in Iowa’s larger cities and continue to show strength in suburbs, though we fell short of our success there in 2018. We’ve known for years that we have to do better in rural Iowa but struggle to find a way to accomplish it.

Having been very involved in Iowa politics since arriving here 36 years ago, and with experience as a long-time state, district, and county central committee member, including eight years as chair of the Congressional district that includes Iowa’s most populous county and some of its least populous counties, I have some thoughts:

1. We have to continue doing what works to gain every vote possible in Iowa’s cities and suburbs.

The geographic area groups that formed over the past ten or so years in Polk County do an outstanding job finding and connecting local Democrats and in getting out the vote. The results in Polk in the past election were impressive. Yes, we lost a couple of legislators, but Polk County Democrats showed up in big numbers and were the prime reason for Cindy Axne’s re-election in the third Congressional district and a big county-wide win for Joe Biden. Democrats throughout the state must continue to build their numbers through whatever means work best for them. To succeed they need support from the party at all levels. But solely focusing on urban and suburban votes won’t get the job done.

2. Know that winning more votes in rural Iowa isn’t going to be easy.

Rural areas are Republican strongholds for a reason. Christian conservatives, most of whom nearly always vote Republican, remain strong in rural America, and Iowa is no exception. When TV preachers tell their viewers that voting for Democrats is a sin, they take it to heart. When most of your neighbors festoon their property with Republican signs it takes special courage to support Democrats. It’s tough when other folks stop talking to you at the grocery store or high school basketball game. But, more Democrats are running for office in rural Iowa. More are posting yard signs and speaking out. More rural county Democratic Central Committees are active than was the case ten years ago. But we need to do more.

3. It’s going to take more than a return to door-knocking.

I agree that our decision not to door-knock may have hurt in close legislative districts and, perhaps, in the second Congressional district race. But that had little to do with our weakness in statewide races.   We got our clocks cleaned in scores of rural counties in the 2018 governor’s race and in the presidential and senatorial races this time. All those 2,000 to 3,000 rural county vote margins add up quickly and are really hard to overcome.

4. Keep the Democratic message simple and show that we care!

As a first step, we need to develop a clear and concise message about what we believe and what we offer all Iowans. When we aren’t clear in our messaging, we leave a void that’s filled by nonsense such as “Democrats are Socialists!”  We’ve let Republicans define us, and what they describe scares rural Iowans. (Don’t worry Sioux Center residents, this 64 year-old with bad knees is not coming to burn down your town square.

The truth is that Iowa Democrats are a diverse lot with varying opinions. But at our core is a belief in Iowa and America – a conviction that our best days are ahead, and that we can do anything if we try.  Democrats care about all Iowans and we want their lives to be happy and satisfying. We don’t want folks to go hungry. We want everyone to have access to good health care and education. We want to protect the safety of our people and of our nation. We want folks to find good jobs paying fair wages.

The truth is that we love Iowa and Iowans. There’s nothing wrong with saying that! We won’t win over rural (or urban) Iowans with complex messages. We need to convey how much we care about Iowa and Iowans. We have to let folks know that it breaks our hearts when any Iowa town loses its local school, store, church or doctor. We want every Iowa town and community to prosper. And better, we have ideas that can help.

The Republicans aren’t going to help small towns prosper. They’ve proven that. Their message to rural Iowans is “don’t look to government, it’s not there to help.” Their anti-government orthodoxy means that they won’t use the tools at their disposal that might help small-town Iowa. Conversely, Democrats follow FDR’s example – we won’t refuse to use government, and government-business partnerships, to help rural Iowa.  We don’t let ideology stand in the way of offering solutions.

5. Showing we care means showing up!

Our party leaders, both statewide and local, have to show up in rural Iowa and we have to let folks know we’re there. Our electeds are showing up – Axne visited every county every month until COVID-19 hit, and showing up helped her get re-elected. But other Democratic Party leaders have to show up as well. Former Lieutenant Governor Patty Judge has been doing just that. We need a lot more of it! We have to seek out local media and offer ourselves up for interviews. We have to do these things year-round, not just during election season.

6. Really listen to voters and to our own candidates and activists.  Don’t shut anyone out!

Iowa Democrats have done a much better job the past few years recruiting good candidates and filling more school board, city council, and county office seats. Those successful candidates are a wonderful resource – they can highlight what worked for them. We need to seek them out, tell them how much we appreciate them, and ask for their input.

The same goes for Democrats who ran unsuccessfully. All too often we’ve let them fade away after an election without a word of thanks or without asking them what would have helped them do better. When we need more folks to run for office in rural areas, it is incredibly counterproductive to ignore them after elections. It’s also counterproductive to shut out the voices of youthful activists, and I’ve seen that done by party veterans who’d rather not deal with them. If we don’t welcome future Democratic leaders and activists, we have no hope of winning elections.

Finally, we have to listen better to voters. Iowa voters know what they need and don’t want to be told.

7. Offer solutions – but stop the grousing!

Ripping each other on social media is not a solution. It just makes things worse. Blaming the Iowa Democratic Party or other state or local party leaders for outcomes that mirror those in other states is not at all helpful. We want folks to share ideas – to make positive contributions to discussion. Perhaps new leadership will bring new ideas. But tearing down other Democrats won’t improve anything.

8. Have a long-term vision and patience for success.

We will not turn things around overnight. Iowa is not Wisconsin, Minnesota, or Michigan. We can’t expect to emulate their 2020 success as we lack huge urban areas like Minneapolis-St. Paul, Milwaukee, and Detroit – where Democratic strength is wide and deep, and increasing urban turnout can make a big difference in a state-wide election.

There simply are not enough urban and suburban Iowans to focus only there and win statewide. We have to rebuild our rural base one voter at a time, just as we’ve improved in suburbs. We have to do a much better job selling ourselves and our ideas to Iowans. We must do better everywhere!

From one election to the next can feel like a swinging pendulum. It’s like Iowa weather. Open the shades and find that warm, sunny mid-day ended with snow on the ground. Yet, political changes don’t often happen that quickly. Iowa Democrats have to prepare for a steady rebuild and be ready to take more lumps on the way along with enjoying some big new wins. But I know we’re up to it. Let’s get at it!