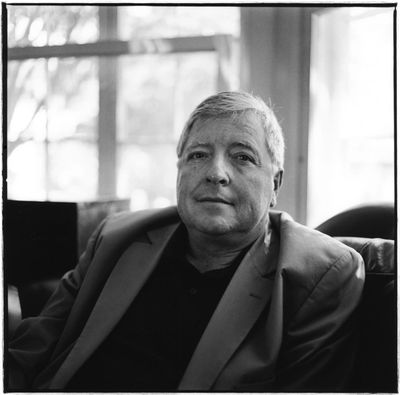 James Larew: Seasoned local citizens, steeped in historical knowledge and aware of the cultural sensitivities of their own neighborhoods, once played significant, anchoring roles in Iowa caucus campaigns. They seldom do so anymore. -promoted by Laura Belin

Starting nearly a half-century ago, in 1972, and continuing for every presidential election year, thereafter, our state—initially, colored deep-red, more recently taking on a purplish hue—has hosted waves of intense political campaigning.

In the first waves of every presidential election cycle, large casts of candidates and their campaign entourages have competed ferociously in our sometimes-troubled democratic experiments called the “Iowa caucuses.”

The term “Burned-Over District” originally referred to areas of New York State where, more than one hundred and fifty years ago, the heated spiritual fervors of religious revivals and new religious movements of the Second Great Awakening swept through, seeming to set the region on fire.

The charismatic preacher, Charles G. Finney, decades later, looking back at his own involvement in those movements, said of the period: “There had been,” he wrote, “a wild excitement passing through that region, which they called a revival of religion, but which turned out to be spurious.”

He went on to describe “a very extravagant excitement,” that, he reported, had “resulted in a reaction so extensive and profound, as to leave the impression on many minds that religion was a mere delusion.”

More recently, and about 800 miles to the west of Rev. Finney’s former stomping grounds, in Iowa, every four years, we witness waves of political awakenings—multitudes of presidential caucus campaigns—that scorch our rolling corn- and bean-covered hills.

Starting as a political tradition in Iowa almost accidentally a half century ago, our citizens, for nearly fifty years, have dutifully attended meetings, asked candidates thoughtful questions and gathered in caucuses, serving as, in effect, the nation’s initial winnower of presidential candidates for both the Democratic and Republican parties.

We have provided a welcoming place where any candidate--even an unknown one, with a modest amount of money, a clever phrase or two, a winning smile, an expansive sense of self-destiny, and an appetite for shaking hands and eating State Fair food--could get a running start on a level field in the race to capture his or her party’s nomination.

From my limited and skewed perspective--an aging liberal Democratic activist-lawyer, perched in a county seat office, living in the state’s most liberal precinct, hosting more than my fair share of fledgling presidential campaign events--I have watched the swirling energies (perhaps akin to the “extravagant excitements” that Rev. Finney once described) as they have passed over, around and through the lives of earnest Iowans who have taken this presidential selection process seriously.

The more recent trends I have observed are unsettling.

Iowa’s political proving ground imposes virtually no limits upon the numbers of ingenious ways that presidential campaigns, in their quests to win caucus delegates, can deploy to identify, slice and dice the electorate.

Seasoned local citizens, steeped in historical knowledge and aware of the cultural sensitivities of their own neighborhoods, once played significant, anchoring roles in various caucus campaigns. They seldom do so anymore.

Their once-valued index-card filing systems, cataloguing the names of local voters, sometimes stored in recipe boxes, have been replaced by technologically-sophisticated, campaign-issued hand-held machineries, packed with identifying bits of information about each prospective voter, most of those machines operated by whip-smart staffers, persons who drop into, and reside in, the state only long enough for the caucuses to be completed.

Over time, campaign managers have more rarely viewed Iowa residents involved in the caucuses as members a potentially-unified galaxy of citizens, capable of being called to perform public duties—an attitude not limited to, but perhaps captured best in, President George H.W. Bush’s inaugural phrase, “one thousand points of light.”

Rather, more recently, Iowans, Republicans and Democrats alike, are understood and interpreted by campaign organizations through their electronic voter profiles, each one filled with thousands of points of data, gleaned from hundreds of mega-data sources.

The voter profiles, in turn, are relentlessly analyzed to predict how we, as targeted voters, are likely to behave and think—enabling operatives to focus on us in remarkably individuated ways, to garner support for, or to deter us from supporting, particular candidates.

We are polled and mailed. We are texted and door-knocked. We are pushed, pulled, and polled again. We are barraged with commercials beamed on television networks and delivered to us on social media platforms.

With data layer built upon data layer, we are presented with individuated messages that, campaigns hope, will resonate more with what we are understood already to believe--and less with that which might inspire public-spirited changes in our hearts and minds.

The well-documented imperfections of Iowa’s caucus system, particularly in recent years, have caused some to argue that our practices and customs are, as Rev. Finney might have described them, “spurious” or even “delusional” politics.

At the very least, the spectacle of February 2020’s “long count” of the state’s Democratic Party’s convention delegates has provided ammunition for those who believe that going forward, Iowa should be removed from the front end of the presidential campaign calendar. The critics would have Iowans re-assigned back to our more traditional role in the life of this nation: citizens of a humble, largely-ignored, fly-over state in the middle of the country.

If that were to occur, fundamental problems concerning our nation’s dysfunctional political system, revealed in, but not exclusively characteristic of, Iowa’s political processes, will not go away. They will only be displaced to another state, a place whose citizens may well find themselves soon to be residing in yet another burned-over district.

We must be careful not confuse causes with effects. Whatever most ails Iowa’s political culture are but the symptoms, and not the causes, of our nation’s dysfunctions.

In a world where political office holders advance themselves by breaking down citizens into their smallest definable parts, we are challenged to find ways to think large, unifying, public-spirited thoughts. We are dared to express those thoughts politically, to implement them legislatively and to govern under them effectively.

We are too easily diminished, as individuals and as citizens, by the kind of data-slicing-and-dicing analyses now thought necessary to create the organizational building blocks for winning political campaigns.

The troubadour Leonard Cohen once wrote, in Anthem, “There is a crack in everything, that’s how the light gets in.”

Our political culture, already fractured, is severely stressed by the COVID-19 pandemic, by resulting economic uncertainties and by the norm-breaking, tumultuous Trump presidency.

Let us hope that the light peering in through the cracks of our nation’s political culture will reveal new ways to improve our fragile, ongoing democratic experiment.

Perhaps, in that light, we will re-discover, in ourselves, and in each other, simple truths and first principles whose strands are capable of holding a more perfect union together, from one election cycle to the next—wherever those cycles, in future years, might begin.

James Larew is a private practice attorney in Iowa City who previously served as general counsel and chief of staff to Governor Chet Culver. Top photo of the author published with permission.