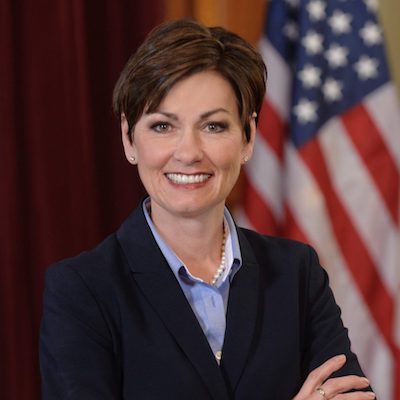 States must apply for federal exemption when authorizing use of cannabis

Carl Olsen is the founder of Iowans for Medical Marijuana. -promoted by Laura Belin

Don’t be fooled by quasi-legal schemes to tax and regulate cannabis. There is a federal solution for doing this the right way.

If legislators tell you it makes their eyes glass over, tell them to leave the capitol and don't come back until they are sober. They should not be legislating unless they can clearly see the road ahead.

Several years ago I began asking why our state medical cannabis program must be available only to those willing to violate federal drug law.  21 C.F.R. § 1307.03 allows applications for exemption from federal drug law, so why would we just ignore that?

I presented this issue to Iowa's Medical Cannabidiol Board (“the board”) in February 2019, and the board agreed.

In August 2019 the board asked the Iowa Department of Health (“the department”) to consider an application for federal exemption.

In January 2020 the board asked the state legislature to consider an application for federal exemption.

In September 2020 the department announced the only way to obtain federal funding guarantees is to move forward with an application for federal exemption using the process in 21 C.F.R. § 1307.03.

After repeated letters, calls, and emails to the Governor without obtaining any explanation for the delay, I filed for an order of mandamus on April 7 in Polk Court District Court.  Carl Olsen v. Kim Reynolds, No. CVCV061635.

I am hoping at the very least to get an explanation for the delay. Perhaps I will even get an order forcing the state to apply for federal exemption without further delay.

If the state needs help with the application, I can help.

The reason I know about this is because I tried to get a religious exemption for cannabis in 1989, like the one for peyote.  Olsen v. DEA, 878 F.2d 1458 (D.C. Cir. 1989). Both cannabis and peyote are classified as schedule I controlled substances.

There is no legislative history on the Iowa peyote exemption, but it appears to be based on the federal exemption.  1925 Acts Chapter 52 Peyote Classified as a Narcotic Drug; 1967 Acts Chapter 189 Peyote Exemption.

The federal peyote exemption was further explained in Employment Division v. Smith, 494 U.S. 872 (1990), where the U.S. Supreme Court said the federal peyote exemption does not require a state to allow the use of peyote as long as the state law is neutral and generally applicable (no exceptions).  Iowa has had an exemption for peyote since 1967, so that explains how the federal administrative regulation exempting peyote works with the Iowa statutory exemption for peyote.

You can see the whole issue revolves around state law.  State law (a state court decision in California) is what created the federal exemption for peyote.

Contrast the single paragaph defining the exempt use of peyote with Iowa’s carefully defined, and extremely limited, medical cannabis program.  We don’t have to look to a single state court decision involving an individual here in Iowa, because we have a state statute, Iowa Code Chapter 124E, and state regulations, Iowa Administrative Code, Public Health Department [641], Chapter 154, explaining in detail what the limitations are.

Here we have a state law creating highly restrictive, authorized use of cannabis. Our state supreme court hasn’t found it to be invalid.  So, where is our federal exemption?

Unlike state scheduling of controlled substances, federal scheduling is entirely an administrative function of a federal administrative agency, the Drug Enforcement Administration (DEA). DEA has the authority to add, move, and transfer between, schedules any controlled substance. The DEA has an exemption for the use of peyote, so it can also create another one for state authorized use of cannabis. If the peyote exemption is required by the First Amendment, like the California Supreme Court said it was, then the Tenth Amendment requires one for a state. If the peyote exemption is required because of a state court decision, then a state law requires one, too.

If the state needs help with the application, I can help.

Activity in other states