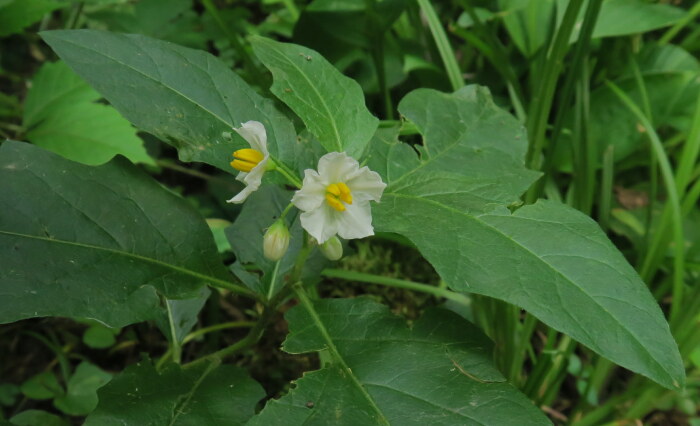 Today's featured plant is native to North America and has become widespread in Iowa, but is also on our state's primary noxious weed list. By some accounts, horse nettle (Solanum carolinense) originated in the southeast U.S. and is "adventive" in much of the Midwest. Others say the plant (sometimes called Carolina horsenettle, bull nettle, or devil's tomato) is native to the prairie that once covered most of Iowa.

Either way, you wouldn't want to grow horse nettle deliberately. It can be aggressive, especially "in disturbed sites around developed areas," according to Illinois Wildflowers. It's also toxic to most mammals, including humans. So if these plants appear on your property, you may want to dig them up to avoid spread.

I took the pictures enclosed below near woodland edges in Windsor Heights, Clive, and Urbandale between late June and late August.

Despite the species' common names, horse nettle is "not a true nettle" but "a member of the nightshade genus." How the plant got its misleading name is no mystery when you see the prickles along the stem. Avoid touching these if you can!

Flowers are typically "white or light violet." These are just starting to open. 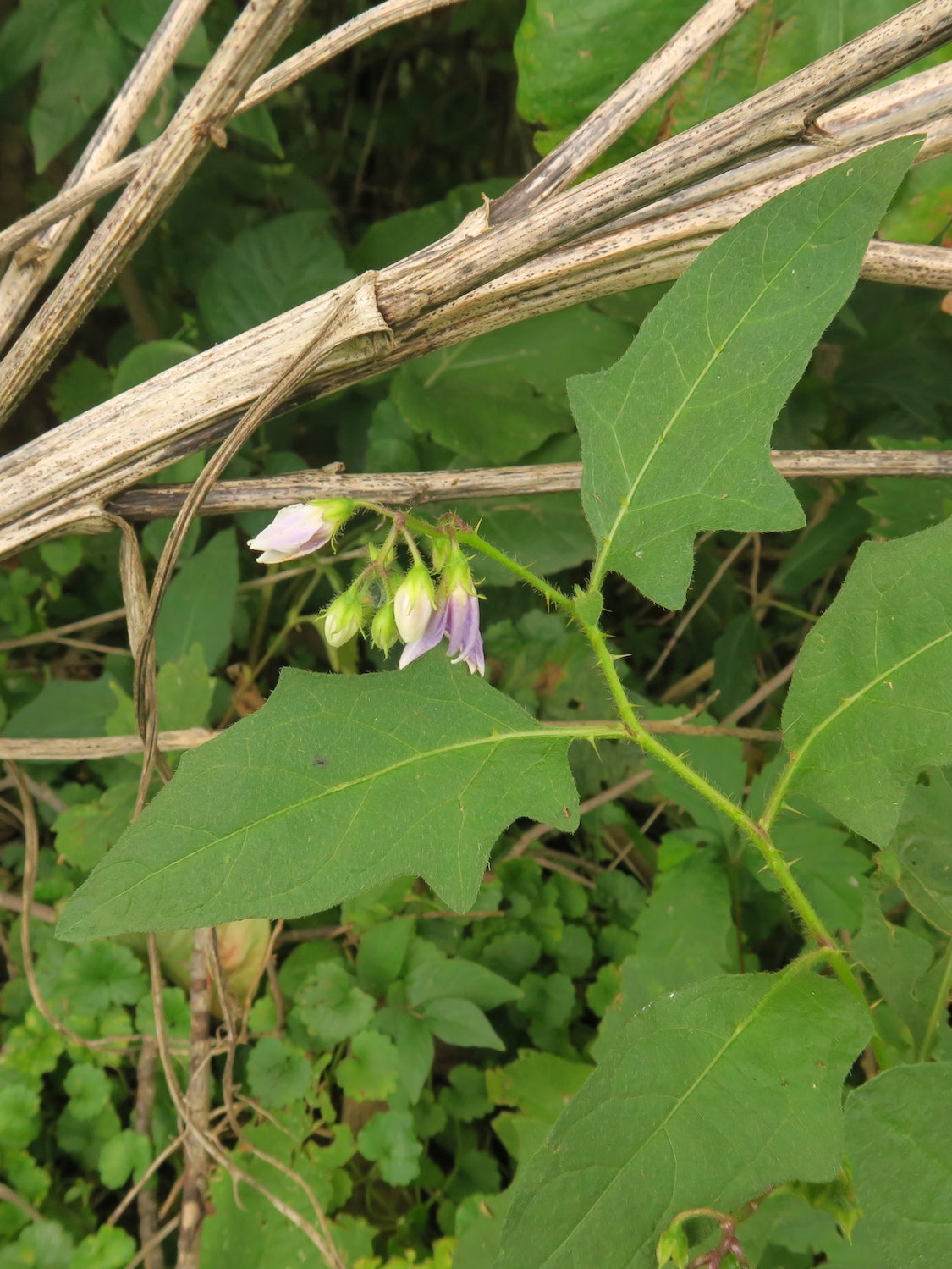 I've often seen poison ivy (dominating the top of the frame here) growing near horse nettle, so watch your step if you are trying to remove the plants or get a close look at them. 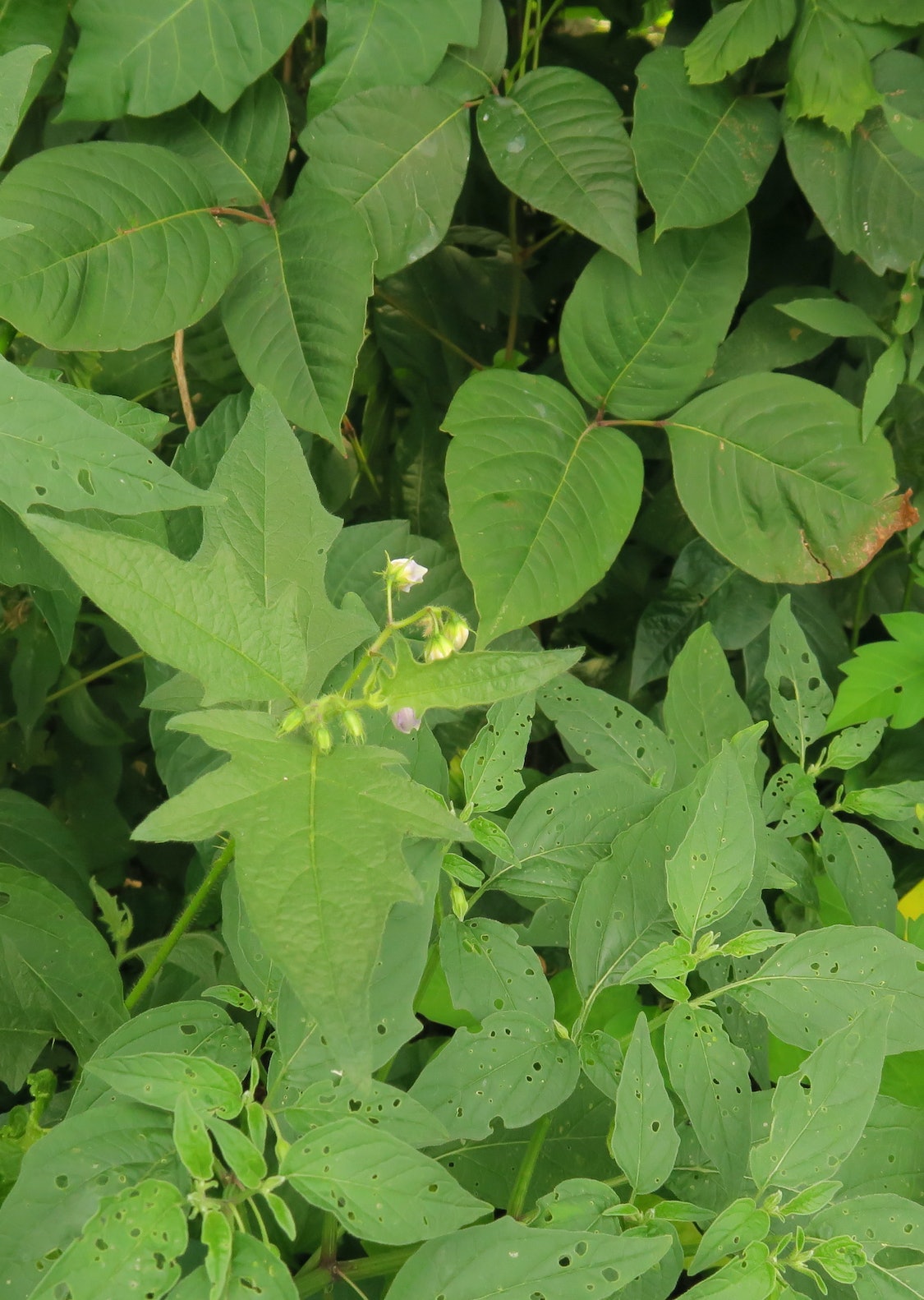 Speaking of unpleasant native plants, these horse nettle flowers on the verge of opening are surrounded by the clingy burs of Virginia stickseed. 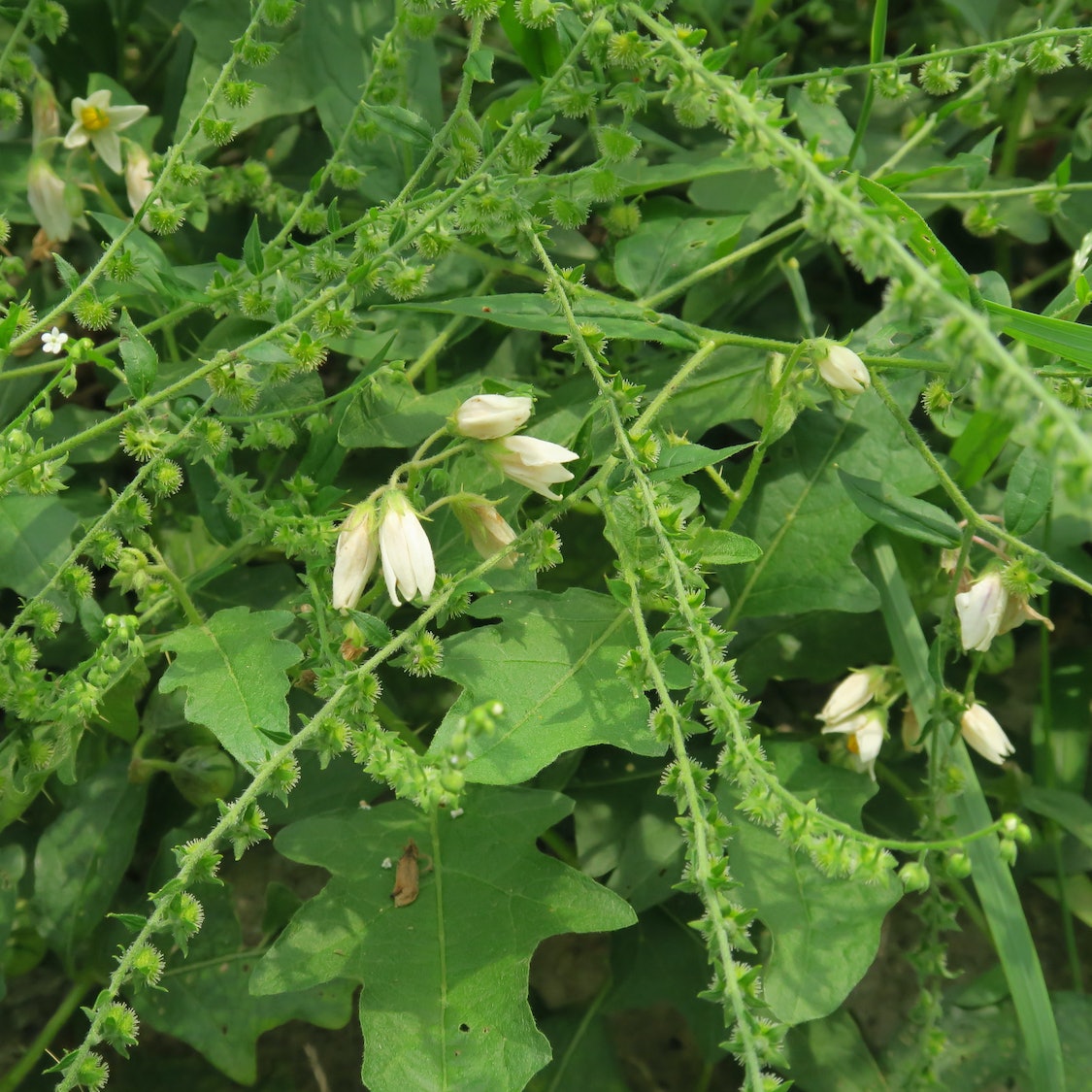 View of a star-shaped flower opening. 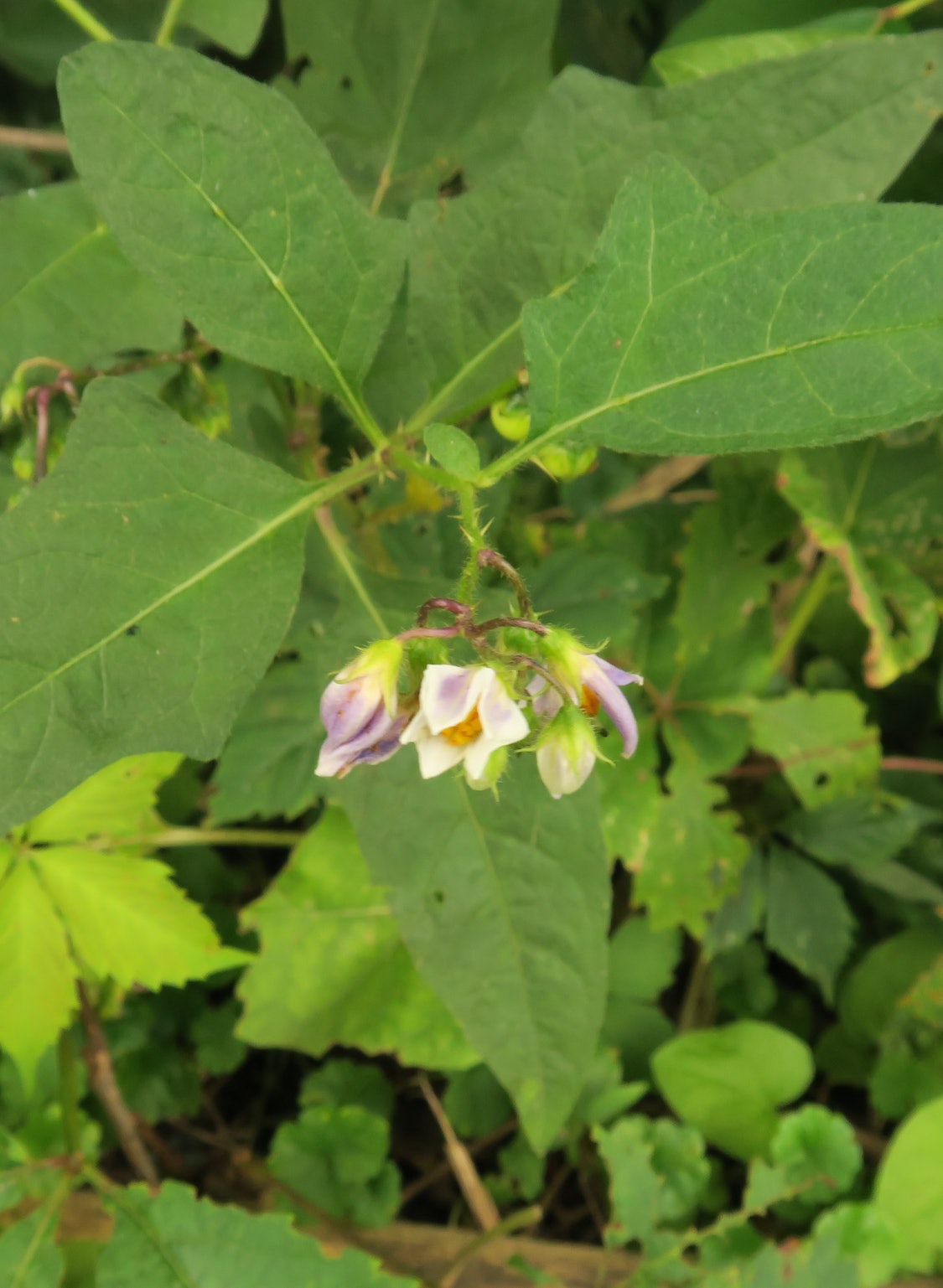 Illinois Wildflowers writes of this plant's flowers, "Near the center, there are 5 elongated yellow anthers that are very prominent." 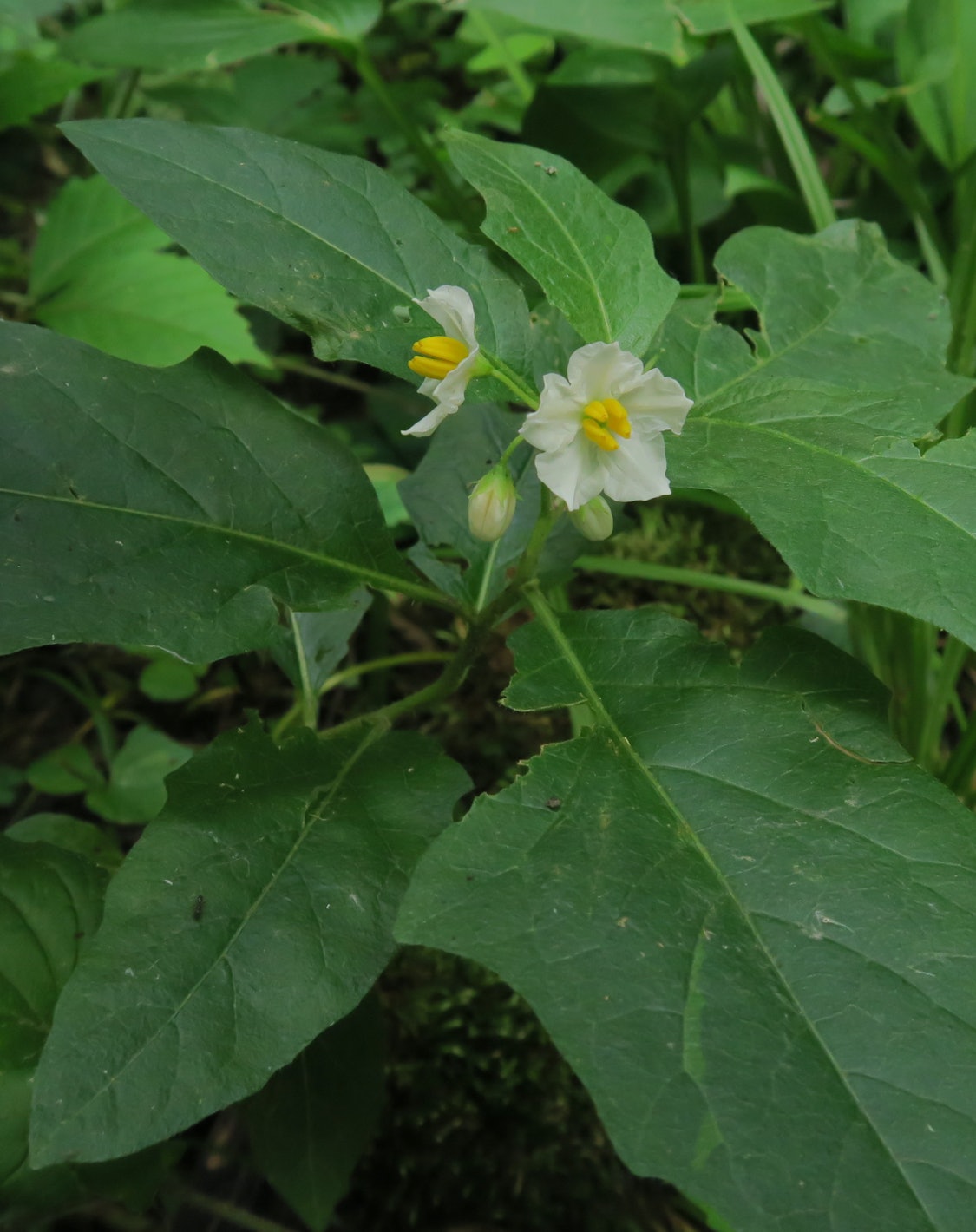 Rear view of a flower: 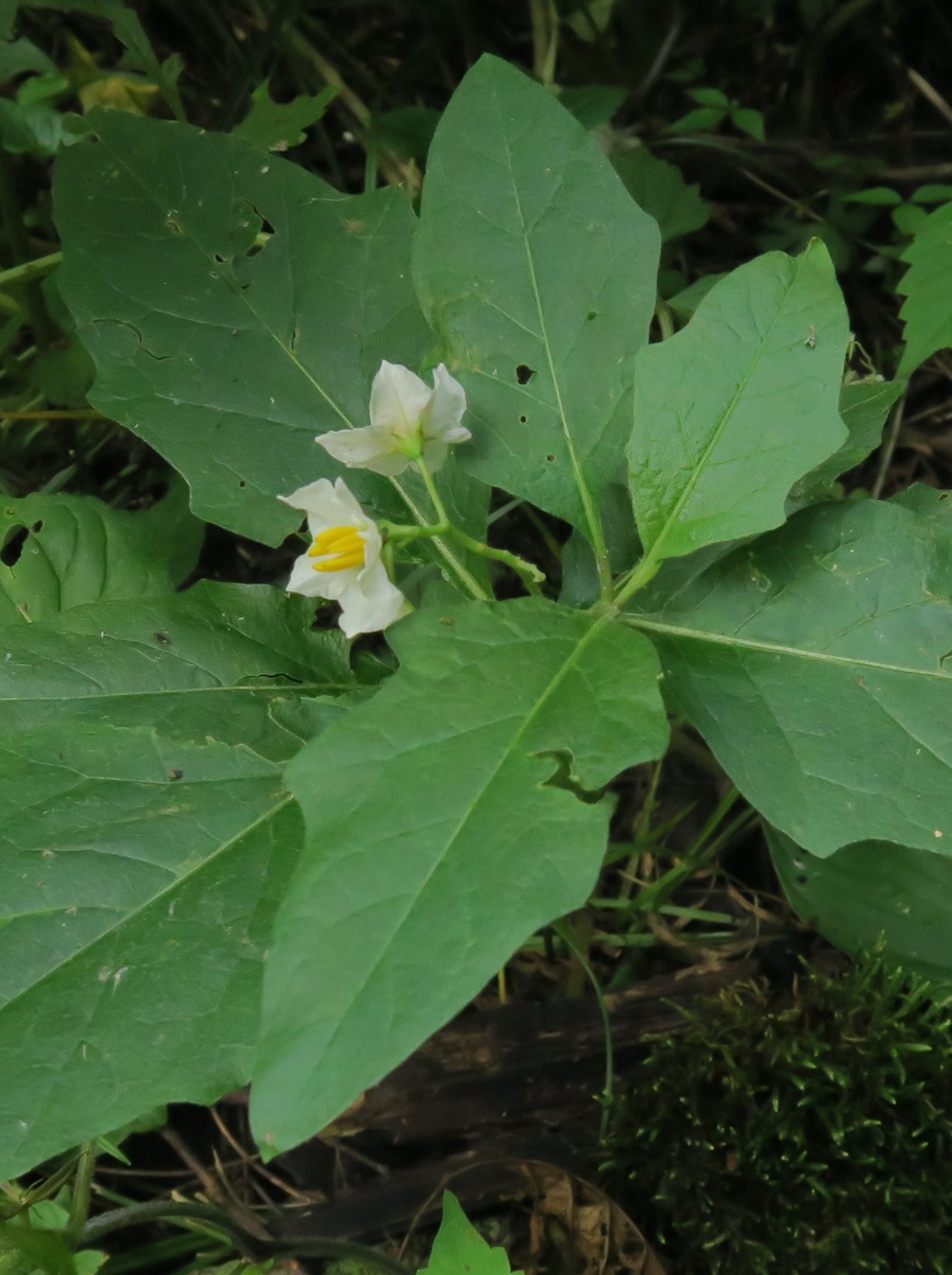 Horse nettle fruit can be "deadly poisonous," so keep children and animals away. The berries start out looking green. 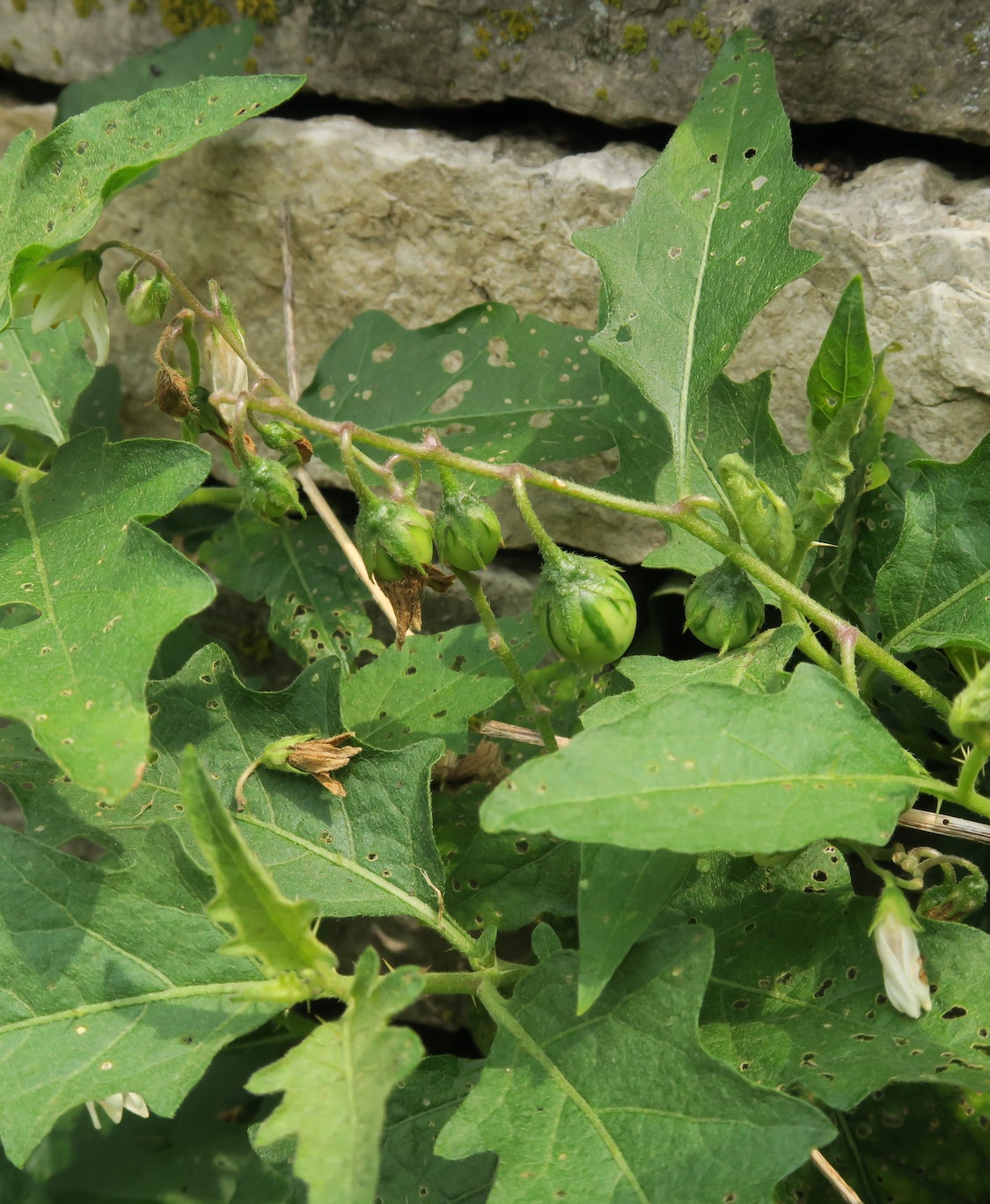 Minnesota Wildflowers explains that each berry "ripens to yellow and becomes wrinkly when mature." You can see the fruit ripening here: 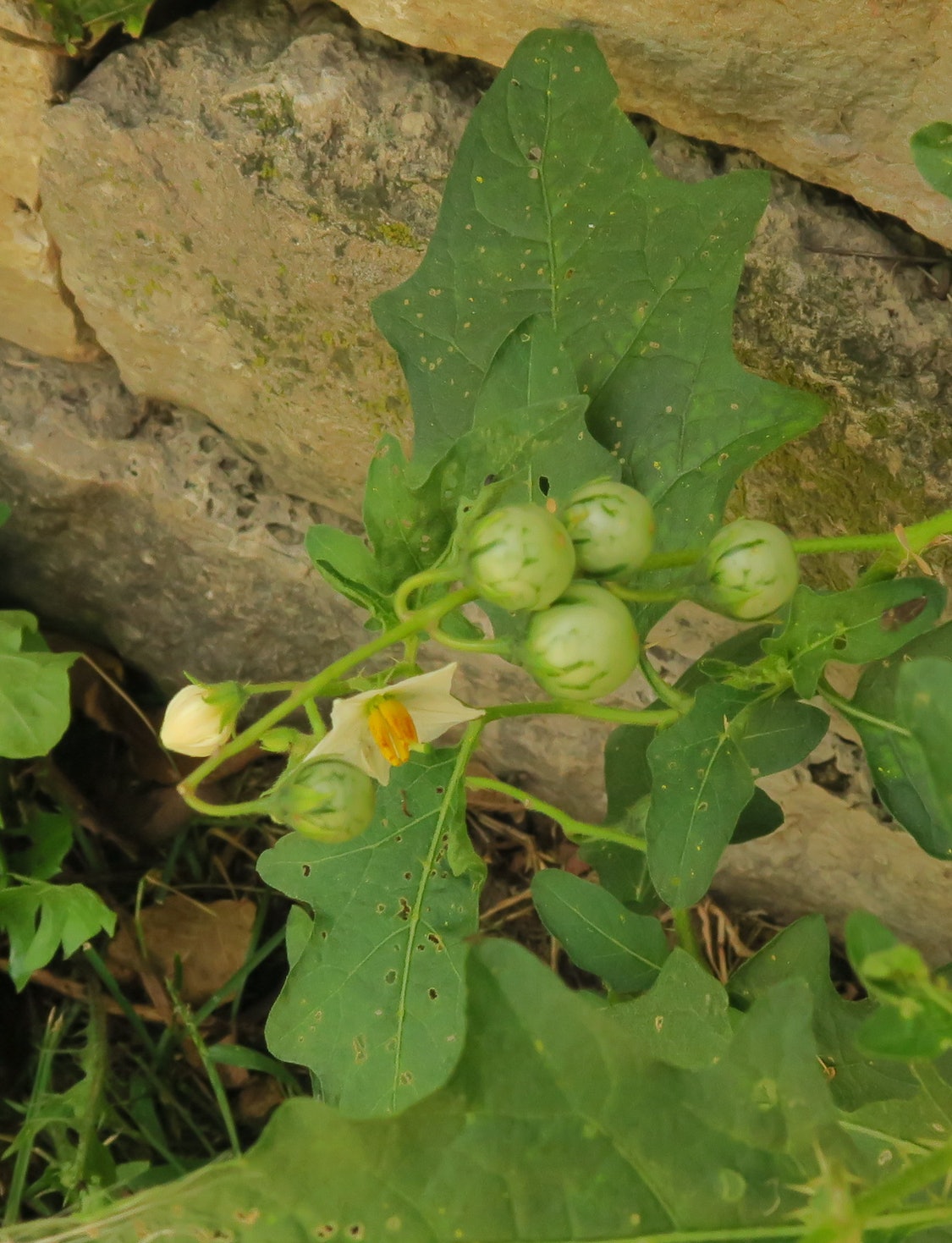 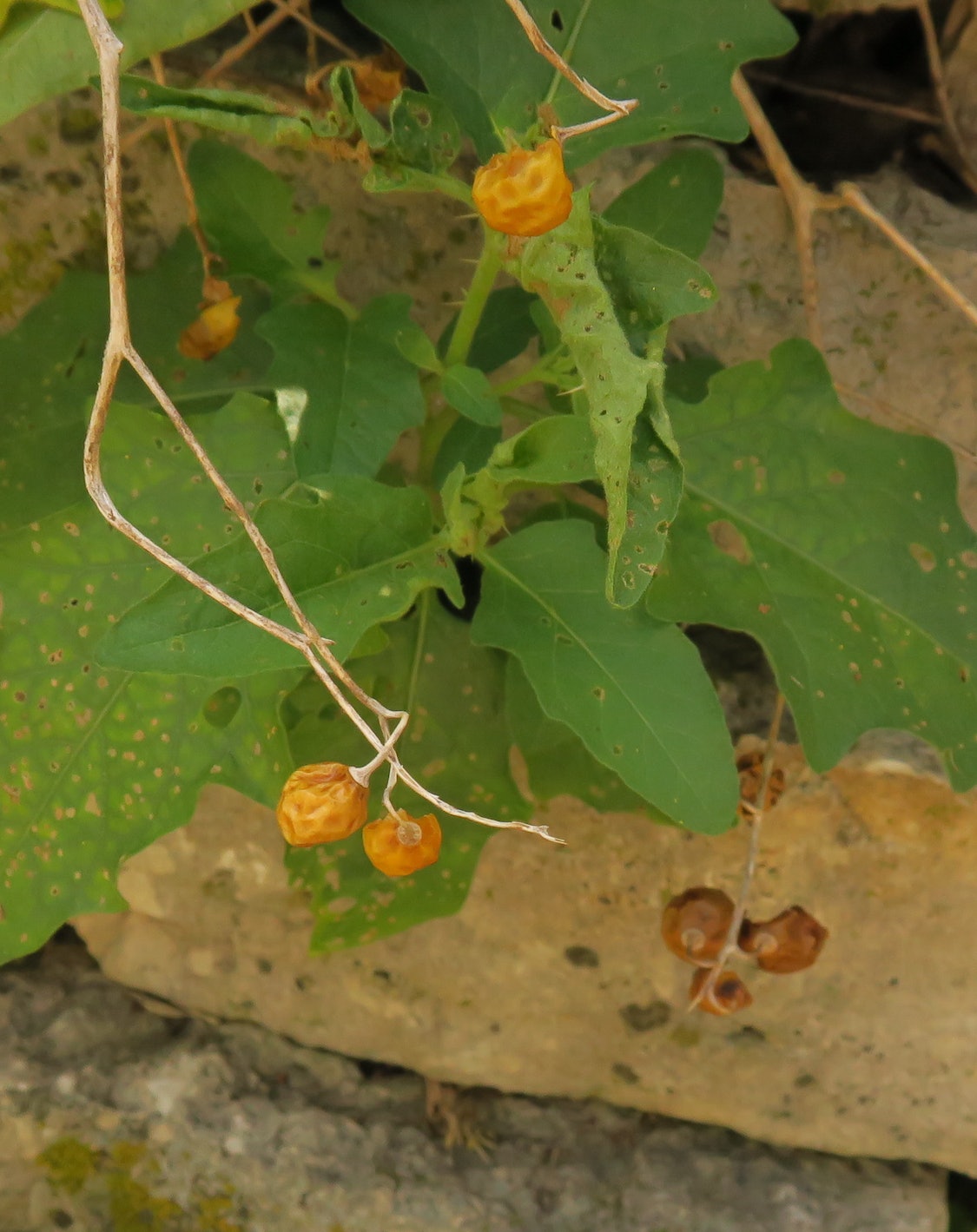