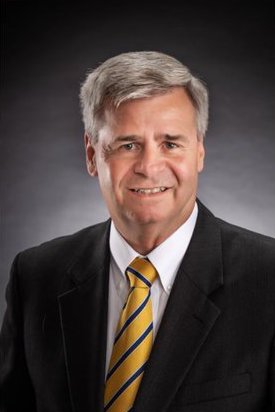 Republican Dave Rowley will represent Iowa Senate district 1 through the end of next year. He won a special election on December 14 by 2,690 votes to 864 for Democrat Mark Allen Lemke (75.6 percent to 24.3 percent), according to unofficial results. That's in line with the 3:1 GOP voter registration advantage in this district, covering five northwest Iowa counties.

The candidate's wife Kris Rowley posted on Facebook early this month that Dave Rowley "was asked to run on the Republican ticket" after former State Senator Zach Whiting resigned from the legislature in order to take a new job in Texas.

The newly-elected senator has worked in the insurance industry for 35 years and is now president of the Independent Insurance Agents of Iowa. The Des Moines Register reported that Rowley is the former chair of the Dickinson County GOP.

Here's the map of the current Senate district 1: 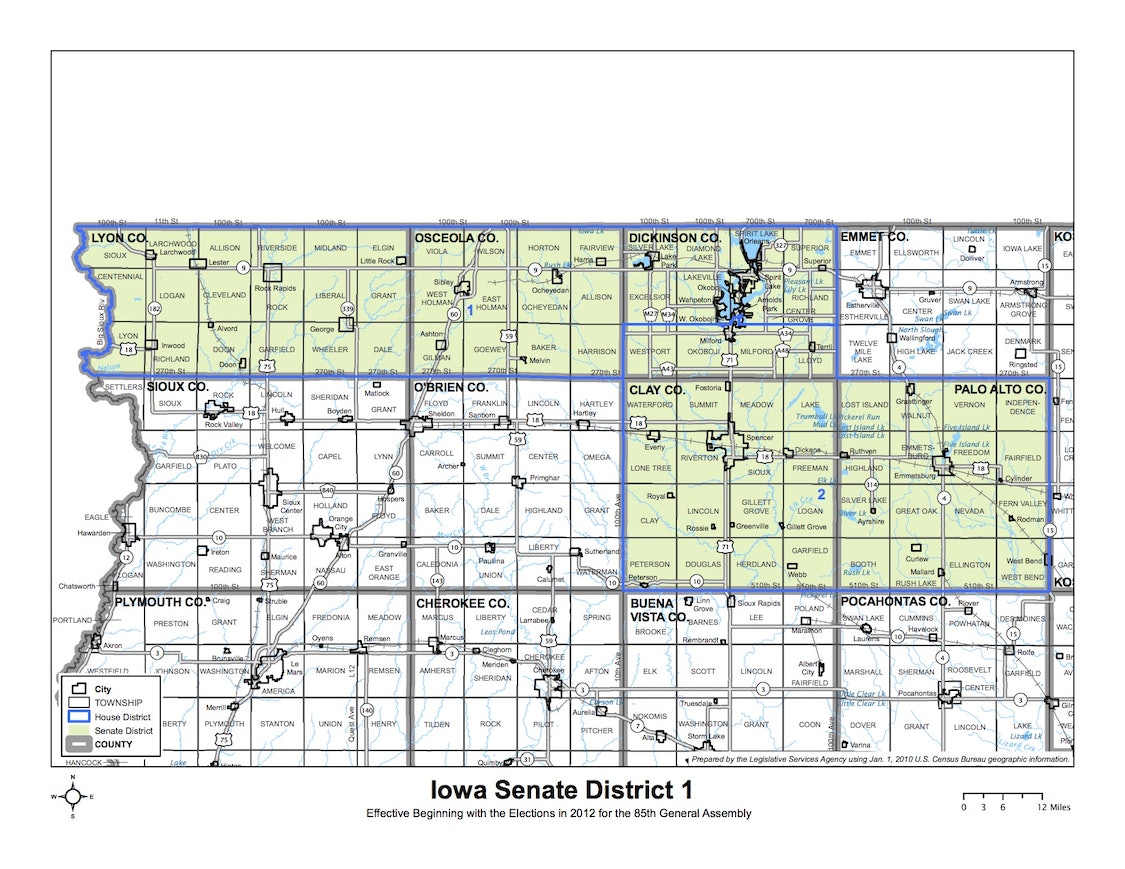 The redistricting plan adopted this fall splits those counties into three different Senate districts. Dickinson County, where Rowley lives, Palo Alto County, and part of Clay County will be part of the new Senate district 5. Rowley told KTIV's Matt Breen that he plans to seek re-election here next year. 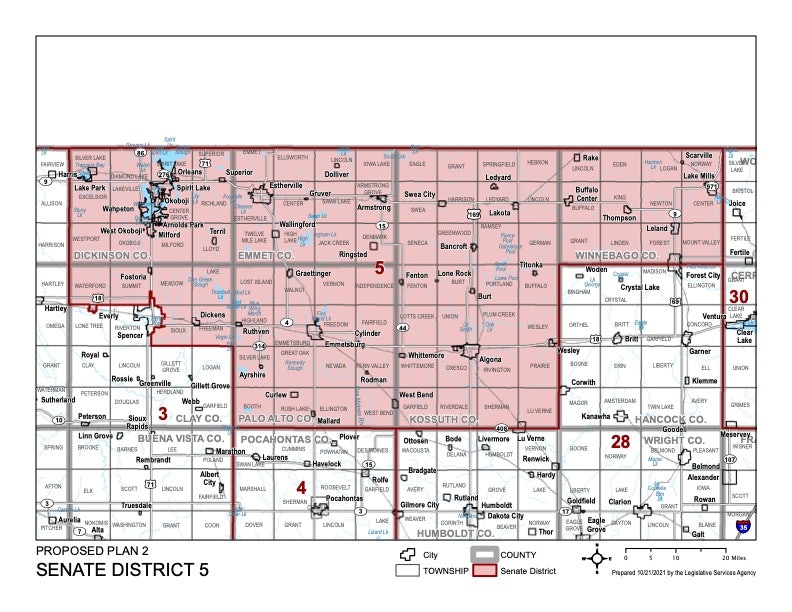 An analysis by Iowa Senate Democrats indicates that no other senator currently lives in the new Senate district 5. However, Rowley could face a challenge in the 2022 primary if another Republican seeks the office.

It would be an attractive target for any ambitious Republican. According to a map Josh Hughes created in Dave's Redistricting App, voters in the new Senate district 5 preferred Donald Trump to Joe Biden by 66.9 percent to 31.6 percent and favored Joni Ernst over Theresa Greenfield by 63.1 percent to 34.0 percent.

Rowley's constituents in Osceola County and part of Clay County will end up in the new Senate district 3, where residents also favored Trump over Biden by a 2:1 margin. No incumbent senator lives here. 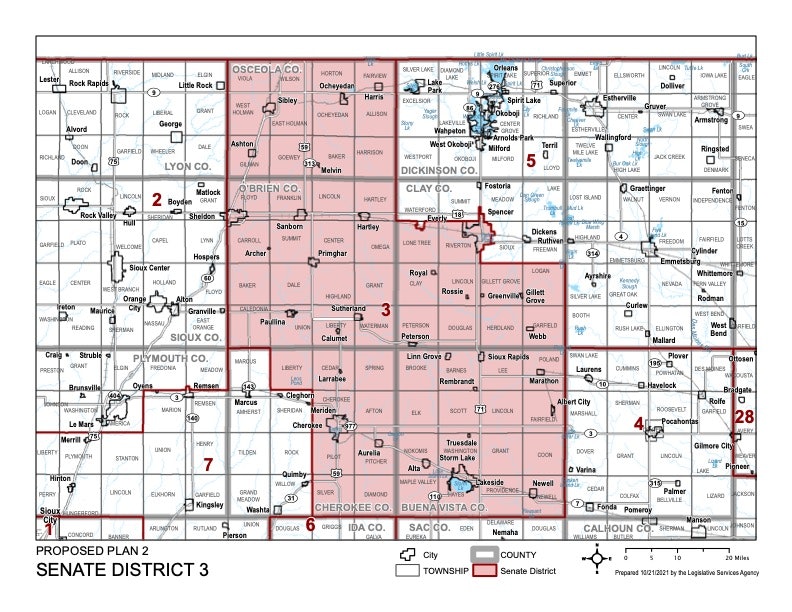 Rowley's constituents in Lyon County will be part of the new Senate district 2, where Trump and Ernst both received about 80 percent of the vote in 2020. GOP State Senator Jeff Taylor lives in this district. 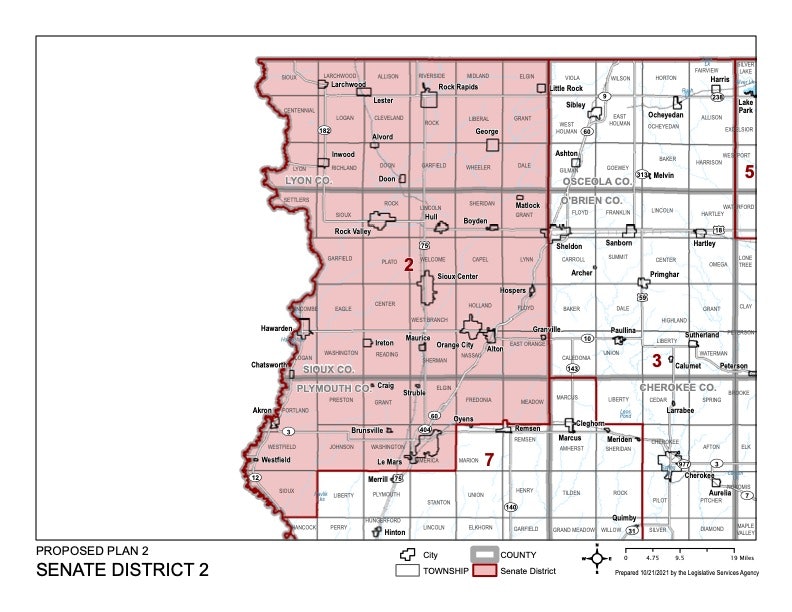