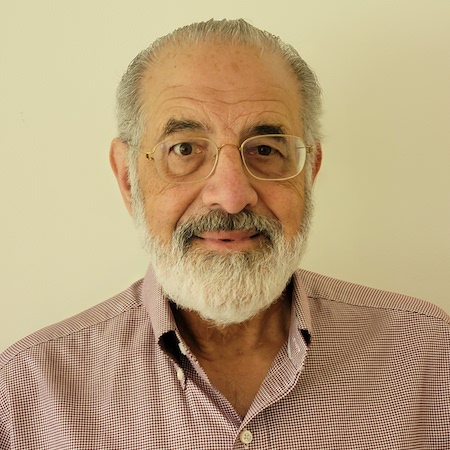 Choosing the Democrat who can beat Chuck Grassley

I have been involved in more than 20 Iowa general elections, working for the Iowa Democratic Party for five years and for U.S. Representative and then Senator Tom Harkin for 37 years. I believe Mike Franken is the most logical choice for Democrats in the June 7 primary because he is best positioned to win and has the experience to be a quality senator.

Chuck Grassley has won seven U.S. Senate elections. Always quite conservative, he has numerous achievements, but he has significantly shifted toward the hard right and become far less willing to consider bipartisan proposals.

Most pundits believe he is likely to win again. But, with the right candidate, Democrats can present a serious challenge. As we have seen in the current Congress, a single senator can make a crucial difference: perhaps providing a minimum majority, perhaps providing a vote allowing the Democratic caucus to proceed if one member opposes a certain bill.

While there are three candidates on the Democratic primary ballot, only two have a real chance. Glenn Hurst raised only $34,000 during the first three months of the year, not giving him the resources to effectively compete in the primary.

Abby Finkenauer looks good on paper. She’s a former one-term member of Congress, originally from Dubuque, with an organization and reasonable fundraising. But a closer look shows that might be more facade than real. In the first three months of this year, Finkenauer's campaign raised $1.15 million but managed to spend 95 percent of that amount. A large share went toward fundraising, rather than TV ads or other paid media not aimed at raising money. That's an exceedingly high “burn rate” and a very bad indicator for this point in a race.

Finkenauer received generally favorable press by overcoming a Republican challenge to her nomination papers. But being so razor close in this critical campaign function is not a sign of competence.

Franken, a retired three-star Navy Admiral from Sioux Center, has now hit his stride as shown by the latest quarterly financial disclosure. He raised $1.4 million in the first three months of 2022, and his campaign spent about 51 percent of that amount, a far more reasonable “burn rate.” For that reason he is now able to run TV ads that are being well received.

Looking at the general election, the keys for Democrats to win are: first, having the race become truly competitive, and second, being able to attract a larger share of voters in the center, the undecided so-called swing voters.

Let’s not sugarcoat it. To win the Senate race, with the state having shifted to the right in recent years, Grassley’s electability needs to be reduced. There are signs that development is occurring: the respected Iowa Poll for the Des Moines Register has shown his approval rating below 50 percent, and his disapproval reaching its highest level ever for this poll.

Grassley's age (88 now, 89 by election day) is likely a key factor in Iowans’ reluctance to see him run again. He would be the second oldest senator in history running for re-election.

Democrats need the economy to improve, and in particular a drop in the inflation rate. If that happens, Iowa's Senate race could become genuinely competitive. The U.S. Supreme Court's likely decision to eliminate Roe v. Wade, and the possibility that Republicans will try to outlaw abortion nationwide, also would improve Democratic chances.

Franken, a veteran who has the highest military rank of any Senate candidate, provides a real draw for less partisan swing voters. He also may be a more attractive candidate for voters who feel insecure about issues ranging from inflation to the threat of a broadening war. His policy profile: for improved health care, serious action on climate change, rural development, and being strongly pro-choice, should also be a good mix for both Democratic and swing voters.

I believe Franken can make the more effective case that Grassley is not properly representing Iowa. The incumbent has been completely unwilling to have the wealthy and corporations pay their fair share, to move us forward toward better health care, and to take effective action on climate change.

Grassley’s key role in confirming Amy Coney Barrett to the Supreme Court eight days before the 2020 election, after killing the Merrick Garland nomination eight months before the 2016 election, hurts him. Not standing up to the significant threat Donald Trump's "Big Lie" poses to our democracy may also be a growing liability for Grassley.

A shorter version of this commentary appeared in the Cedar Rapids Gazette.

Top photo of Richard Bender provided by the author and published with permission.