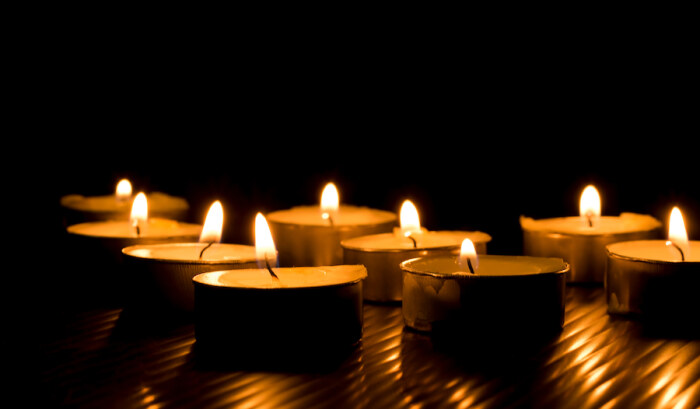 The not-so-hidden costs of paid obituaries

Herb Strentz: Treating obituaries as news cemented ties between the newspaper and the community, and was great training for young reporters.

People may pay from hundreds to thousands of dollars these days to have loved ones' obituaries published in local newspapers. But few if any ponder the impact “paid obits” have had on the newsroom.

As an old man (83) who grew up in a newsroom that routinely ran an obit as a news story, and published obits on everyone who died in town, I want to share some costs of today's approach to obituaries.

The town was Fresno, California, which in the early 1960s had a population of about 135,000. With a circulation in the 150,000 range, the Fresno Bee reached readers throughout the San Joaquin Valley, from Merced County in the north to Kern County in the South.

The Bee was part of a chain owned by the McClatchy family. The McClatchys were kind of a Cowles family of central California, but without the joie de vivre of Mike Cowles in Des Moines or the international perspective and earnestness of brother John in Minneapolis.

The Bee newspapers covered local government vigorously. Any meeting of a city or county agency or commission was covered in person. If the city council were to drive over to inspect something, city hall reporter Ed Clough might phone the city desk to send another reporter to sit with the council members in the second car, while Ed rode in the first, just to monitor the council!

(This was before the onset of freedom of information laws. None were needed, because the paper demanded openness in government affairs.)

The Bee paid the same kind of attention to obits.

A “dead board” in the newsroom carried notices from the several funeral homes in Fresno. As time allowed, a reporter would take a notice from the clip board, phone the family of the deceased to verify the funeral home information, and get needed biographical background for the story.

A reporter might write a hundred, two hundred, or more obits in the course of a year. That practice, in treating obits as news, cemented ties between the newspaper and the community, and was great training for young reporters.

One might understandably think that phoning the relatives at times of grief was intrusive or rude. One experienced reporter, new to the staff, initially viewed phoning the family as “barbaric.”

But almost always, the relative you talked with appreciated the call, that The Bee was thoughtful enough to care about the departed mother, father, husband, wife, sister, brother, son or daughter. That was a good step in making “the paper” into “my paper.”

News media can spend thousands of dollars in promotional programs and efforts to gain or retain a news audience, but such efforts can’t match being with a family, even in such perfunctory ways as doing an obit on a loved one.

(At the Des Moines Register in those days, reporter Nick Lamberto was well-regarded for his ability to deal with families in times of grief. And few if any counties are blessed with a medical examiner or coroner as sensitive and as caring as Polk County’s R.C. Wooters was.)

So one cost of moving to paid obituaries is weakening the newspaper's bond to the community.

Another is a loss of learning among young reporters.

Look, if you know families will likely keep what you're writing in scrapbooks, or laminate the piece to preserve it as part of the family's history, you will feel intense pressure to get the details right. A mistake in an obit cannot be remedied with an apology or a brief correction in the next day’s paper. Sometimes, the phone call to the family alerted the reporter to an error in the funeral home's notice.

Further, writing obituaries forced reporters to work through the stress of asking the family about the deceased person’s life. That experience helped them become more persistent when a public official was hesitant to answer a question that was far less intrusive, related to some other story.

Finally, when you have to summarize a person’s life in about five or six column inches—talk about the need for tight writing!

So obituaries are good practice for all journalists, but particularly so for less experienced reporters. The task drives home the importance of accuracy and the need to ask questions in tough times.

You also learn how fragile life is.

Since The Bee published every day, that included Christmas.

When I worked one holiday shift, the “dead board” included a young man who on Christmas Eve day had left his wife and their infant child to buy some milk for the baby. I ended up talking with the young widow after her husband was hit and killed by a drunk driver.

That obit from the early 1960s still resonated with me years later, when I was a university administrator and my department or school was again subjected to some “strategic planning.”

Calls to mind the Public Enemy album, based on a Yiddish proverb: Man Plans, God Laughs.

Doing obits puts you into life and death situations, far more than rewriting press releases and the like.

When the Des Moines Register moved to paid obits starting March 11, 2003, then editor Paul Anger assured readers in a February 28 announcement, “Families and funeral homes will continue to receive caring attention from the Register.” (He left the paper to go to the Detroit Free Press in 2005.)

Contrary to Paul’s hopes, nowadays the handling of paid obits is at the corporate or Gannett level. When I phoned about a paid obit for the paper, it was handled acceptably. But the first question I was asked was, “And what paper do you want the obituary to appear in?”

Just another cost of going the paid obit route.

Photo of candles by boomkee2532 available via Shutterstock.