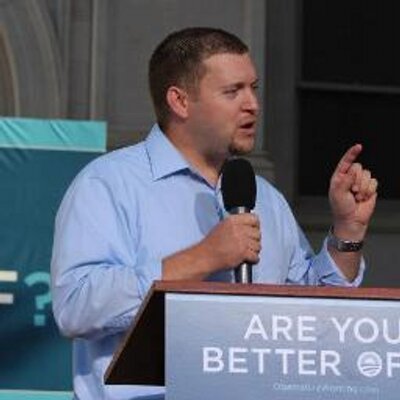 When lawmakers feel sorry for law-breakers

Normally, people who write laws want the rest of us to follow those laws. However, when enforcing a statute costs a corporate interest group more money, prepare to hear some whining about government officials doing their jobs. So it was last week, when the Iowa Legislature’s Administrative Rules Review Committee unanimously approved rules formulated by Iowa Department of Inspections and Appeals.

The rules expand the number of hospital workers who are considered mandatory reporters of abuse to include food service workers and housekeeping staff, and define “gross negligence” as a form of abuse.

Lobbyists for Iowa’s hospitals and nursing homes attended Tuesday’s meeting and argued against approval. They said the state inspectors’ definition of gross negligence would result in too many caregivers being branded as abusers. They argued that gross negligence requires a willful, deliberate effort to harm a patient. […]

Representatives of Iowa AARP, the Governor’s Developmental Disability Council and Iowa Protection and Advocacy argued that industry proposals would weaken protection for seniors.

Rep. Bruce Hunter, a Des Moines Democrat who managed legislation related to the proposed rules, addressed the committee and said the industry’s proposed definition of gross negligence was unworkable.

“It would make it very, very difficult, if not impossible, to prosecute somebody in a nursing home or a hospital,” he said. “Yes, we want to make prosecution difficult because dependent-adult abuse is a serious charge, but we don’t want to make it impossible.”

expressed dismay that regulators seemed to have regressed from “educational and helpful” enforcement to a “gotcha mentality” of penalizing violators.

Frevert joined the rest of the committee in approving the inspections department’s proposals, but said the full Legislature should consider revisiting the issue in 2010. “So, this isn’t over,” she said.

Seriously, those talking points about the “gotcha” mentality of nursing home regulators sound familiar. That’s because legislators from both parties have made the same points in the past. By an amazing coincidence, those legislators have taken expenses-paid trips to Washington courtesy of the Iowa Healthcare Association, which represents nursing homes.

This issue bears watching during the 2010 legislative session, because nursing home operators know their way around the capitol and are good at getting what they want. Legislators could do this group a favor by relaxing the rules on “gross negligence” in nursing homes, and it wouldn’t cost an extra dollar from the general fund.

John Edwards cancels all speaking engagements before the November election:

“Nothing is more important than electing Barack Obama and Joe Biden,” Edwards, the former Democratic senator from North Carolina, said in a statement released by the agency. “I don’t want my appearance at these events to be a distraction from the important issues of the election, or from the important purpose of these meetings.”

Last month he canceled plans to deliver the keynote at Iowa first lady Mari Culver’s Conference on Solutions to Poverty on September 16. That event was originally scheduled for June but had to be postponed because of floodwaters threatening downtown Des Moines.

Keeping a low profile is the right thing for Edwards to do now. The unfortunate side effect is that we don’t have any nationally-known Democrat talking about poverty or what to do about it.

In one of his last public appearances before admitting his extramarital affair, Edwards delivered the opening remarks at the AARP Foundation’s Poverty & Aging in America Symposium. Click the link to read edgery’s post about that speech and the policies that the “Half in Ten” poverty eradication program is advocating.

UPDATE: On the other hand, the Buffalo News says Edwards still plans to debate Karl Rove at the University of Buffalo on September 26. Perhaps Edwards’ representative has not yet informed the university about the change in plans, or perhaps he is making an exception for this event. I would think it prudent to cancel this appearance too, although when it was first announced I thought it would be fantastic to watch Edwards take on Rove.

SECOND UPDATE: Wesley Clark will debate Rove in place of Edwards. Should be worth watching, although it is scheduled for the same night as the first Obama-McCain debate.

A nationwide survey of Americans over age 50, commissioned by the AARP in July, found that

while many Americans ages 50+ are trying to move away from car transportation as a result of high gas prices, their attempt to go “green” is challenged by inadequate sidewalks and bike lanes, as well as insufficient public transportation options. […]

Almost one of every three people (29%) polled say they are now walking as a way to avoid high gas prices. But as those people set out to walk, almost 40% of the 50+ population say they do not have adequate sidewalks in their neighborhoods. Additionally, 44% say they do not have nearby public transportation that is accessible. Almost half (47%) of poll responders say they cannot cross the main roads safely – 4 in 10 pedestrian fatalities are over the age of 50.

The AARP is one of the organizations supporting “Complete Streets” legislation:

“Complete streets enable pedestrians, bicyclists and public transit riders to share the road safely with automobiles,” said Elinor Ginzler, AARP’s Senior Vice President for Livable Communities. “More cities and states are adopting policies requiring their transportation agencies to ensure that roads are routinely designed or redesigned for all modes of travel. And instituting these new standards makes it safer for residents of all ages,” she stated.

“Some cities like Sacramento, California and Kirkland, Washington are ahead of the curve,” said Ginzler. “They have extra-wide sidewalks, flowered medians and flashing lights embedded in crosswalks at busy intersections. Bike lanes and bus stops line even some of the town’s busiest streets. These amenities allow residents to be safer pedestrians and commuters and even help the flow of vehicle traffic.”

At the national level, Senator Tom Harkin (D-IA), led efforts in the U.S. Senate to develop safer, comprehensively designed streets. Harkin introduced the bipartisan Complete Streets Act of 2008 (S. 2686) this spring. Senate cosponsors include Senators Thomas Carper (D-DE) and Norm Coleman (R-MN). Representative Doris Matsui (D-CA) took a significant step for safer streets in May by introducing the Safe and Complete Streets Act of 2008 (H.R. 5951) in the U.S. House of Representatives. Representative Christopher Shays (R-CT) cosponsors the bipartisan bill. The bills would ensure that roads built and improved with federal funds safely serve everyone using the roadway — including pedestrians, people on bicycles or those catching the bus, as well as those with disabilities. This is the first time that comprehensive complete streets bills have been introduced in the House and Senate.

Even if there were no economic or environmental reasons to try to reduce gasoline consumption, Iowa’s aging population will increasingly need alternatives to driving in order to get around cities and towns.

So far only Iowa City and Johnson County have taken significant steps toward providing “complete streets” in Iowa.

More information on gas prices and complete streets can be found in this pdf file.