Kay Pence highlights Senator Grassley’s double standards on the federal deficit, depending on which party controls the presidency.

I was 4 years old when Senator Grassley first entered elected office. I grew up, got married, raised a family, went to college, had a career and now I’m retired. Who knows, I may have even voted for Senator Grassley at one time. A lot has changed in the last 62 years though: namely, Chuck Grassley.

Normally I would support a healthy senior continuing to work as long as they want. However, I’ve always believed we send Representatives to Congress to represent our interests. The Alliance for Retired Americans has been tracking Representatives’ voting records since it was formed in 2001 and Senator Grassley has only voted correctly on senior issues 11 percent of the time.

The deal to keep the federal government open until March 23 revealed unusual fissures among Republicans who represent Iowa in Congress.

The U.S. House easily approved legislation on Friday to keep the Federal Emergency Management Agency from running out of Hurricane Harvey disaster relief money over the weekend. The same bill included a short-term debt ceiling hike and language to fund the federal government through December 8.

I was surprised to see all four of Iowa’s House members in the yes column (roll call). Both of our senators had voted against the Harvey aid package in the upper chamber. I expected Representative Steve King (IA-04) and possibly Representative Rod Blum (IA-01) to follow suit.

With only a few days left before the Federal Emergency Management Agency runs out of disaster relief funds, the U.S. Senate approved $15.25 billion in funding for those affected by Hurricane Harvey today. Eighty senators voted for the legislation, even though GOP lawmakers were said to be “furious” when President Donald Trump agreed yesterday to a Democratic proposal linking Harvey aid to a short-term debt ceiling hike and language to fund the federal government through December 8.

Iowa’s Senators Chuck Grassley and Joni Ernst were among the seventeen Republican senators who voted against today’s bill (roll call). In a statement enclosed in full below, Ernst said she supported a “clean” Hurricane Harvey relief bill, like the one U.S. House members approved on September 6 by 419 votes to 3. All four Iowans supported that bill: Republicans Rod Blum (IA-01), David Young (IA-03), and Steve King (IA-04), and Democrat Dave Loebsack (IA-02).

Carefully avoiding direct criticism of Trump, Ernst added in her statement, “Unfortunately a final deal was cut and while it includes initial relief funding, it also raises the debt limit and kicks the can down the road once again on our overall government spending levels. This is not the right way to legislate, and quite frankly, it is exactly what the American people are sick and tired of.”

I assume Grassley opposed the Harvey aid bill for similar reasons. At this writing, his office has not released a statement; I will update this post as needed with any public comment.

The Senate bill goes back to the House, where Democratic support is assured but a large number of Republicans will bolt over the debt ceiling hike and short-term spending resolution. I’ll be surprised if King or Blum votes for the bill; Young could go either way. UPDATE: All four Iowans voted for the revised bill in the U.S. House. I posted statements from King and Blum here. 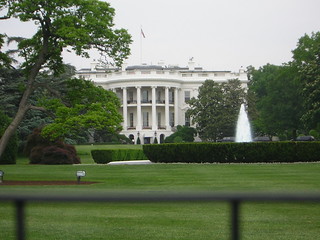 Former Maryland Governor Martin O’Malley’s presidential campaign is pushing a new line of attack against Senator Bernie Sanders: in 2011, Sanders said President Barack Obama was “weak” and perhaps should face a challenger in the 2012 Democratic primary. O’Malley’s communications staff have also pushed out reports suggesting Sanders himself was considering a primary challenge to Obama and failed to campaign vigorously for the president’s re-election later in 2012 (not that Vermont was ever in play for Mitt Romney).

Those talking points may fire up Democrats who already resent the fact that the self-proclaimed democratic socialist Sanders has always campaigned as an independent. But I doubt they are a promising line of attack for moving caucus-goers and primary voters away from Sanders and toward O’Malley. The inconvenient truth is that Obama’s record hasn’t always lined up with progressive principles or with his own campaign promises. I suspect those who “feel the Bern” are more likely to agree with than be offended by Sanders’ critique of the president.

I don’t know yet for whom I will caucus, the first time I’ve ever been undecided so late in the election cycle. But I count myself among those “millions of Americans” Sanders described as “deeply disappointed in the president” during the interview O’Malley’s campaign portrays as harmful. I caucused uncommitted in 2012 to send the message that the president “hasn’t stood up for core principles of the Democratic Party.” Moreover, O’Malley’s own stump speech hints at some valid reasons for Democrats to be disaffected by Obama’s rightward drift.

In a few minutes, Bruce Braley and Joni Ernst will hold their third and final debate. KCAU in Sioux City and ABC-5 in Des Moines are televising the debate locally, and C-SPAN is showing it nationwide. I'll be liveblogging after the jump.

Before the first debate, I was concerned that Braley might lose his cool, but he did well both that night as well as in last Saturday's debate.

UPDATE: C-SPAN has the debate video archived here, for those who missed it.