Concerned about her personal safety, her health insurance, and ability to care for her ailing mother, Kim Weaver is ending her campaign against Representative Steve King in Iowa’s fourth Congressional district and moving to Des Moines, she announced on Facebook Saturday. 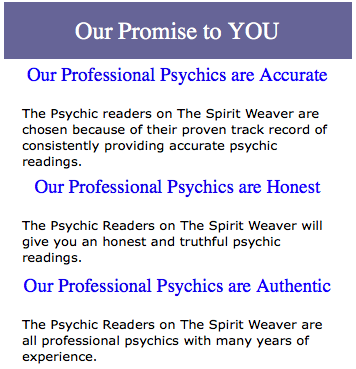 Yes, Kim Weaver's undisclosed work as a psychic is newsworthy

An “anonymous package mailed with a Sheldon, IA, postmark” led to an exclusive report by the Des Moines Register’s Jason Noble on Monday: Kim Weaver, a Democratic challenger to Representative Steve King in Iowa’s fourth Congressional district, “operated an array of psychic services websites” and “charged customers as much as $3.99 per minute for readings online and over the phone.”

In an interview, Weaver, 52, did not deny dabbling in psychic services, but described her activities as “life coaching” and said they never amounted to more than a “hobby.”

“I didn’t really actually do anything,” Weaver said. “It was all for entertainment purposes. Did I make a living from it? No, definitely not.”

On many social media threads yesterday, I saw Iowa Democrats complain about the Register hyping a “hit piece” planted by Republicans.

But even clickbait hit pieces have news value sometimes. 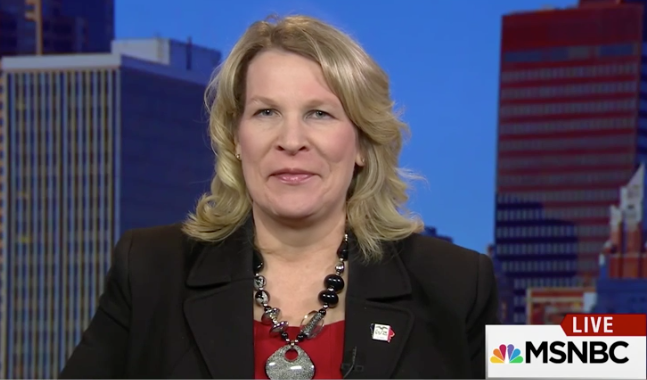 IA-04: Kim Weaver "all in" for rematch with Steve King

Two weeks after saying she was ready to take on Representative Steve King again “if I have sufficient support,” Kim Weaver announced on MSNBC’s AM Joy program Sunday morning that she is “all in” to run for Congress in 2018. Asked by Joy Reid how she could win in a “ruby red” district, Weaver noted that she outperformed both Democratic presidential nominee Hillary Clinton and U.S. Senate candidate Patty Judge in all 39 counties in the fourth Congressional district. In addition, she has raised more money for her campaign in the last two weeks than she did during the entire 2016 election cycle.

Weaver’s fundraising surge began when King’s racist sentiments made national news yet again, this time because of his approving tweet about a far-right, white supremacist Dutch politician: “[Geert] Wilders understands that culture and demographics are our destiny. We can’t restore our civilization with somebody else’s babies.” King’s been beating the “demographics are destiny” drum for years.

I asked Weaver today when she plans to hold campaign launch events around IA-04.

Long-term care ombudsman Kim Weaver, who was King’s challenger in 2016, confirmed her interest in a repeat bid today. Bret Hayworth reported for the Sioux City Journal,

Weaver said Tuesday she is passionate about making sure people in the 4th District have strong rural education and protections that the federal Medicare and Social Security programs won’t be cut.

Weaver also told Hayworth she has name recognition and “a good framework within the district” for a campaign. In recent months, she has depicted her low-budget 2016 campaign as an efficient use of grassroots energy:

While Kim’s bid to take the seat wasn’t successful, she received a higher percentage of the vote in all 39 of her counties than both Hillary Clinton and [U.S. Senate nominee] Patty Judge. Because she was working full time while campaigning, she was unable to raise millions of dollars like other candidates. Despite this, she ran a campaign where her final dollar per vote was only $1.22. This is compared to $14.00 per vote in the 1st District and just under $10.00 per vote in the 3rd District. This shows just how well a true grassroots campaign can work.

Weaver raised only $159,626 during the 2016 election cycle but received roughly the same percentage of the vote as Jim Mowrer did in 2014, when he raised and spent more than $2 million running against King.

Iowa State University political science Professor Dirk Deam is also exploring a Congressional campaign in IA-04. He recently discussed his plans in a Facebook post and with Iowa State Daily reporter Danielle Gehr. Scroll down for excerpts from those pieces and more background information from Deam’s Facebook page.

Election analysts, including most recently Roll Call, rate IA-04 as a “solid Republican” district. Its 39 counties contain 122,811 active registered Democrats, 194,477 Republicans, and 177,035 no-party voters, according to the latest figures from the Iowa Secretary of State’s office. Voters in IA-04 favored Donald Trump in last year’s presidential election by a 60.9 percent to 33.5 percent margin. King received about 61.2 percent of the vote against Weaver.