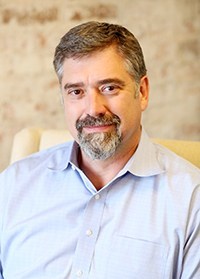 Politico’s Jake Sherman and Anna Palmer were first to report on August 18 that Link was among “more than 75 top Democratic strategists” Halperin interviewed for How to Beat Trump: America’s Top Political Strategists on What It Will Take. News of the book deal provoked outrage due to Halperin’s long history of sexually harassing and assaulting women, which became public knowledge in October 2017.

The founder of the Des Moines-based Link Strategies political consulting and public relations firm said in an August 20 e-mail,

Next time, don't promise to release your tax returns

For a team that’s run a smooth and successful operation all year, Fred Hubbell’s campaign was surprisingly inept at managing the controversy over whether the candidate would release his tax returns. 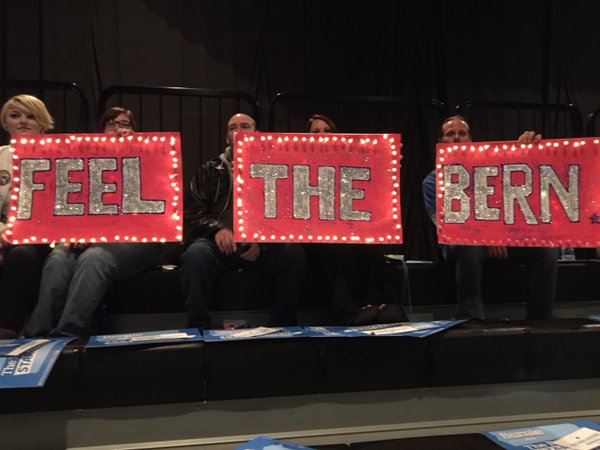 The Iowa Democratic Party held its final Jefferson-Jackson dinner Saturday night, drawing some 6,000 activists to hear three presidential candidates speak in Des Moines. Last night’s spectacle won’t loom as large over the Iowa caucus campaign as the JJ did in 2007, when it took place in November and the caucuses were scheduled for early January, rather than February. But some new tactics emerged during the speeches by presidential candidates Bernie Sanders, Martin O’Malley, and Hillary Clinton. My thoughts on the evening’s highlights are after the jump.

I am a sucker for hand-made political signs, so I also enclose below my favorite pictures from the crowds in the bleachers. I put “Feel the Bern” in lights up top because I’ve never seen electrified signs at the JJ before.

While I see the value in supporters waving signs (or glow sticks, as many did last night) at a big rally, the “sign wars” some campaigns stage before multi-candidate events have always struck me as pointless. How does it demonstrate “organizational strength” to send a few staffers to put up printed materials in windows or along a road? Why would anyone want their volunteers to stand around yelling for hours before the dinner, rather than saving their energy and voices to show that enthusiasm inside the hall? For those who disagree with me and love the show, Pat Rynard chronicled the morning and afternoon activities by all three campaigns at Iowa Starting Line.

As for why I called it the “final” JJ, the Iowa Democratic Party’s annual fall fundraiser will continue under a to-be-determined name honoring icons considered more inclusive. You can send your suggestion to the state party using this form through February 15, 2016.

Pat Rynard broke an interesting story today at Iowa Starting Line: a super-PAC is being created to support Ravi Patel’s campaign in Iowa’s first Congressional district. Patel is one of three declared Democratic candidates seeking to challenge Representative Rod Blum. He has already raised a shocking amount of money for a first-time candidate–more than half a million dollars by the end of March. That haul included funds from some 80 people who maxed out to Patel’s campaign for the general election as well as for the primary. Congressional campaigns can’t spend more than $2,700 from any individual donor before the 2016 primary, but a super-PAC could collect and spend as much as anyone wants to donate, anytime.

Rynard quotes Patel adviser Norm Sterzenbach (a former executive director of the Iowa Democratic Party) as saying, “There is already one Super PAC operating in this race. EMILY’s List came out early with their support of Monica Vernon and we fully expect them to run a considerable independent campaign on her behalf.” Yes and no.

EMILY’s List did endorse Vernon early. Technically, that group is a regular political action committee, not a super-PAC. The Women Vote! super-PAC is associated with EMILY’s List, and it spent quite a bit of money during the last election cycle, but mostly not on expenditures for women in competitive Democratic primaries for U.S. House seats. It remains to be seen how much money EMILY’s List will put behind Vernon; I would guess not nearly as much as a super-PAC would spend for Patel or against his rivals. EMILY’s List gave $10,000 directly to Staci Appel’s 2014 campaign in IA-03 and bundled another $233,283 in contributions to Appel, who had no competition in her primary.

Any relevant comments are welcome in this thread. P.S.- If Rynard’s sources are correct, Jeff Link will lead the super-PAC for Patel.

Less than 24 hours after news broke of Chris Diebel’s candidacy for the Des Moines City Council’s at-large seat, incumbent Skip Moore’s campaign announced the endorsement of the South Central Iowa Federation of Labor, AFL-CIO, “a coalition of 52 local affiliated unions.” Moore was a unionized city employee for many years and had strong backing from organized labor in his successful 2009 campaign.

Diebel is a marketing specialist who worked for several hip downtown Des Moines businesses before becoming a managing partner in LPCA Public Strategies, the public and government relations firm headed by Iowa’s most prominent Democratic consultant, Jeff Link. A former “young professional of the year,” Diebel has volunteered for a wide range of non-profit organizations, including several that will generate support from “upscale” Democrats and Republicans (e.g. Des Moines-Westside Chamber of Commerce, Des Moines Arts Festival).

Local elections tend to have low turnout, and it will be fascinating to see which campaign does a better job of mobilizing supporters: organized labor’s boots on the ground or LPCA’s cutting edge campaign management techniques.

UPDATE: On August 1 the Central Iowa Building & Construction Trades Council became the second large labor group to endorse Moore for re-election. According to a news release, “The council represents 17 local labor unions and over 5,000 skilled union workers in central Iowa.”

Chris Diebel, considered a possible candidate for the open seat in Iowa Senate district 17, announced today that he will run for the Des Moines City Council at-large seat this November. Diebel told the Des Moines Register, “I’ve spent my career working with small businesses, neighborhood associations and local chambers and I believe it’s the perfect opportunity to take that community involvement to the next level.” He is a managing director for LPCA Public Strategies, more commonly known as Jeff Link’s political consulting firm. After the jump I’ve posted Diebel’s official bio.

Diebel will be competing against Des Moines City Council member Skip Moore, who kicked off his re-election campaign last month. Moore won a tough three-way race for the open at-large seat in 2009. Michael Kiernan had left the position to become chair of the Iowa Democratic Party. In that race, many labor unions endorsed Moore, while his opponents had support from other parts of the political establishment. All three candidates were clustered together on election day, but as a close second, Moore advanced to the runoff against Leisha Barcus. He won the runoff election a few weeks later by 52 percent to 47.5 percent. Moore worked for the city for many years as an arborist before joining the city council. His campaign Facebook page touts his work on behalf of “the residents, the neighborhoods and the working families in our city.” I particularly appreciate his efforts to make Des Moines more bicycle-friendly.

With Diebel out of the running for Senate district 17, the campaign for that heavily Democratic open seat is shaping up to be a clash of two Des Moines south side political titans: Tony Bisignano and Ned Chiodo.