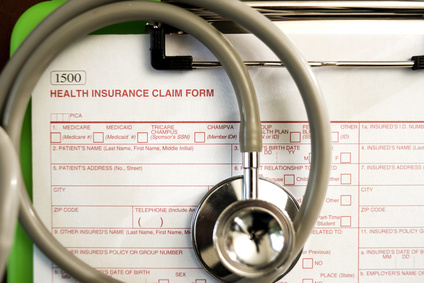 Health care reform will be a top-priority issue for the incoming Congress and President-elect Donald Trump. Allowing insurance companies to sell policies across state lines has become a central element of Republican promises to replace “Obamacare” with something better. But that idea didn’t make Iowa Insurance Commissioner Nick Gerhart’s list of ten ways to improve the Affordable Care Act.

On the contrary, Gerhart wrote, selling health insurance policies across state lines would not be “a major factor that would help drive down costs.”

He also warned members of Congress against repealing the 2010 health care reform law without simultaneously passing its replacement. 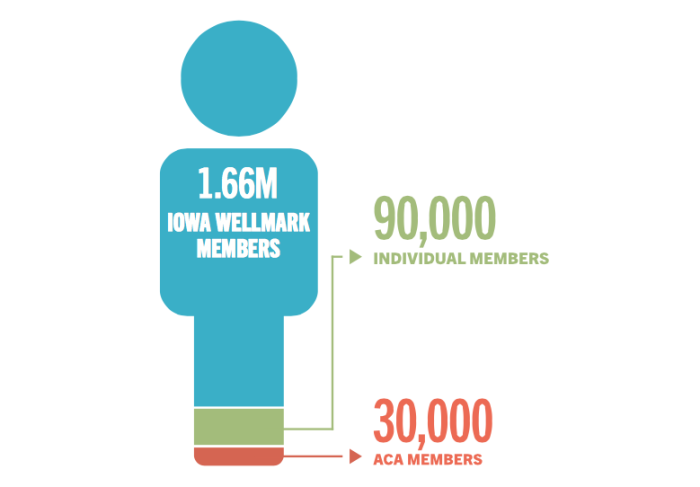 The 800-pound gorilla of Iowa’s health insurance market, Wellmark Blue Cross/Blue Shield, released new details today about its plans to sell policies for 2017 on the health insurance exchange created as part of the 2010 Affordable Care Act. More than half of Iowans are insured by Wellmark, mostly through employer-provided policies. The company controls about three-quarters of the state’s market for individual health insurance, but up to now, those policy-holders have not been eligible for federal subsidies. Wellmark announced last October that it would participate in Iowa’s exchange for 2017 and confirmed those plans last month, when UnitedHealthcare disclosed that it would exit “Obamacare marketplaces” across the country, including Iowa’s.

Wellmark’s Chairman and CEO John Forsyth said last year that the company decided to join the public exchange so members “can access subsidies that are critical to help reduce the cost of health insurance premiums for themselves and their families.” Many thousands of people will need those subsidies, because today Wellmark revealed that roughly 30,000 Iowans who hold individual policies compliant with the Affordable Care Act will likely see massive premiums increases of 38 to 43 percent next year.

Unfortunately, as Tony Leys reported for the Des Moines Register, Wellmark policies will be available on the public exchange only for residents of 47 Iowa counties–not statewide.

Best news I’ve heard in a while: Coventry has told the Des Moines Register’s Tony Leys that it will continue to sell health insurance through Iowa’s exchange during 2016. Since the collapse of Co-Oportunity Health, Coventry has been the only provider selling individual and family policies on Iowa’s exchange. If the company had opted out for 2016, roughly 40,000 Iowans who qualify for federal subsidies would have had no way to obtain that assistance, likely pricing them out of health insurance for next year.

The 800-pound gorilla of Iowa’s insurance market, Wellmark Blue Cross/Blue Shield, will yet again opt out of our state’s exchange in 2016, Leys reported. Iowa’s Insurance Commissioner Nick Gerhart lacks the power to force Wellmark to sell through the exchange, because Governor Terry Branstad insisted on forming a “partnership” exchange with the federal government, rather than a fully state-based exchange.

More competition in Iowa’s health insurance market would be preferable; currently West Virginia is the only other state with just one company selling policies on the exchange. Still, Coventry’s decision to stay for next year removes a huge threat to the well-being of thousands of Iowa families. I was worried that Coventry would cut their losses here after taking on most of the relatively expensive former Co-Oportunity customers.

The U.S. Supreme Court’s pending ruling in King v Burwell remains another potential threat to the 40,000 Iowans who rely on federal subsidies to make health insurance affordable. It’s not clear whether the Republican-controlled Congress could pass a fix if the high court rules that those subsidies are not allowed for Americans who purchase health insurance through the federal website. Some Republicans would be willing to address the problem to preserve access to health care for millions, but others would insist on a full repeal of “Obamacare,” the 2010 Affordable Care Act.

UPDATE: At least one other company will also offer health insurance for 2016 through Iowa’s exchange. Excerpts from Leys’ updated report for the Des Moines Register are after the jump.

At least 40,000 Iowans are in danger of losing their health insurance later this year, and not only because of the King v Burwell case before the U.S. Supreme Court. Regardless of how justices decide that case, Iowans could lose access to federal subsidies they need to buy insurance policies.

State legislators and Governor Terry Branstad could eliminate the risk by working together to establish a fully state-run health insurance exchange this year. But for reasons I can’t comprehend, I see no sense of urgency to prevent a potentially devastating outcome for thousands of families.

What has seemed likely since Christmas Eve was confirmed on Friday: Iowa’s non-profit health insurance coop is liquidating. At the end of this post, I’ve enclosed the e-mail CoOportunity Health members received on January 23. Members are strongly encouraged to enroll in other health insurance before February 15, the end of 2015 Open Enrollment under the federal health care reform law. In Iowa, only Coventry now sells policies through the exchange, allowing eligible people to receive federal tax subsidies to help cover the cost of insurance.

CoOportunity Health was created to sell individual, family, and small-business health insurance policies in Iowa and Nebraska. Its membership greatly exceeded projections, but so did the costs of insuring a population that had largely been uninsured before the 2010 Affordable Care Act went into effect in 2014.

Some politicians, like Senator Joni Ernst, have nothing to say about CoOportunity’s collapse beyond empty talking points about Obamacare. Others, like Senator Chuck Grassley and Representative Dave Loebsack (IA-02), are digging for answers on why federal officials didn’t do more to help the health insurance coop survive. Those are important questions.

As far as I can tell, no one in a position of power is examining how decisions by Iowa officials stacked the deck against CoOportunity ever becoming solvent. Did Iowa’s insurance commissioner Nick Gerhart seal the coop’s fate by bending over backwards to suit the 800-pound gorilla in Iowa’s health insurance market (Wellmark Blue Cross/Blue Shield)? Now that CoOportunity’s failure leaves only one company selling policies on Iowa’s health insurance exchange, what is Gerhart’s “plan B” if Coventry decides later this year against continuing to participate on the exchange for 2016?

Tony Leys didn’t bring glad tidings today to the 120,000 members of CoOportunity Health in Iowa and Nebraska. In a front-page story for the Des Moines Register, Leys reported that state regulators have taken over the non-profit health insurance co-op, one of only two companies selling policies on Iowa’s exchange. It sounds like the co-op will be liquidated in the coming months.