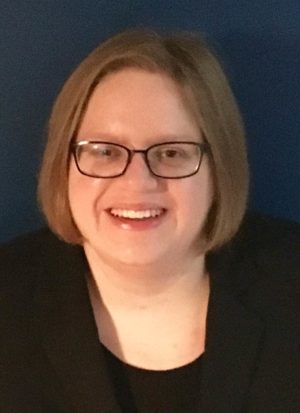 Cedar Rapids-based engineer Courtney Rowe may run for Congress against Representative Rod Blum in Iowa's first district, she confirmed to Bleeding Heartland today. Rowe has been an active Democrat locally and was a Bernie Sanders delegate to last year's Linn County, first district, and state conventions, as well as an alternate to the Democratic National Convention. She has volunteered her time on church missions, as a mentor for middle-school students, and as an officer for Parents and Friends of Lesbians and Gays (PFLAG).

Rowe described her background and motivation for considering a Congressional bid in a document I enclose below. She has not yet created an exploratory committee but plans to launch a campaign website sometime next month, both to present some of her policy ideas and to create an interactive format for voters to weigh in on the issues.

The 20 counties in IA-01 contain 166,338 active registered Democrats, 146,164 Republicans, and 191,340 no-party voters, according to the latest figures from the Iowa Secretary of State's office. The largest-population counties are Linn (the Cedar Rapids metro area), Black Hawk (Waterloo/Cedar Falls metro), and Dubuque, a traditional Democratic stronghold that is also Blum's home base, where Democrats underperformed badly in 2016.

Blum was considered one of the most vulnerable U.S. House members in the country going into the 2016 election cycle, and many Iowa Democrats believed his narrow victory over Pat Murphy in 2014 had been a fluke. However, the Freedom Caucus member defeated Monica Vernon by a larger margin of 53.7 percent to 46.1 percent. Blum ran about five points ahead of Donald Trump, who carried the IA-01 counties by 48.7 percent to 45.2 percent. That was a massive swing from Barack Obama's double-digit advantage in this part of Iowa in 2012.

Although I haven't yet heard of any other Democrats thinking seriously about challenging Blum, I expect a competitive 2018 primary. Any comments about the race are welcome in this thread.

UPDATE: The Democratic Congressional Campaign Committee released its first target list on January 30. IA-01 and IA-03 are among those 33 Republican-held House seats.

Courtney has a B.S. from Purdue University in Aeronautical and Astronautical Engineering, with a minor in both Aerospace Studies (Air Force ROTC) and Political Science. Currently she works as a Sr Systems Engineer in Commercial Systems Fly-by-wire Flight Controls.

In the community, she currently serves as the Treasurer of PFLAG [Parents and Friends of Lesbians and Gays]. She has served as an engineering mentor for the middle school Future City competition. In college she served as Regional Executive Officer for Region VI for Silver Wings, a professional organization dedicated to creating proactive, knowledgeable, and effective civic leaders through community service and education about national defense. In the past she has served on multiple church mission boards, served as a mission board chair, and on a search and call committee. Faith is an important part of her life. She is married to Raven, who serves as the chaplain in the behavioral health and chemical dependency units at a local hospital.

She has volunteered on several campaigns, both presidential and local (including [Barack] Obama, [Bernie] Sanders, [2016 IA-01 Democratic nominee Monica] Vernon, and [Iowa House Democrat Liz] Bennett). She is involved in the local Democratic Party, serving as an Associate Member on the Linn County Democratic Central Committee. She attended the county, district, state, and national conventions in 2016 as a delegate (1st District Alt to National Convention) and as a credentials committee member (district, state, national).

At the state convention, she added two planks to the Iowa Democratic State Platform through petition, and floor vote. This included creating single sheet background papers to explain complex technical issues to a non-technical audience. One was to support the research and the removal of Orbital Debris, which currently threatens our satellites in LEO, including those monitoring and collecting data on Climate Change. The second was on responsible Patent Reform. There are efforts to make patents only valuable to large corporations, by making it legally impractical for small entities to defend their patents. This could be disastrous to our scientific and engineering research communities. One of these disastrous bills was authored by Iowa’s very own Sen [Chuck] Grassley.

What’s the purpose of this campaign?

I believe those running for office have the responsibility to bring ideas and plans to the table. Yes winning an election doesn't mean all your ideas will be implemented, but if we don't elect people with ideas who want to solve problems, we get the lack of progress we continue to see from our legislature. I will have several plans, but the most important one will be a deficient neutral green energy plan that will put Americans to work, while reducing our reliance on oil and gas. This campaign will center on helping every American become their most productive self. American Innovation creates American Opportunity. When we are all able to pursue our best possible careers, our economy will be the strongest, and our ability to invest in education, clean energy, infrastructure, and the health and well being of our citizens, will be maximized. Good plans don't just balance these initiatives, but actually serve more than one simultaneously.

Why run now and not wait?

There are many things that concern me about the newly elected administration, but I think our environment is at the greatest risk. I had thought 'one day I'll run for office'. Now I don't think it can wait.