Naturalist and Iowa outdoor enthusiast Eileen Miller has given Bleeding Heartland permission to publish her gorgeous photographs of an early spring wildflower: Hepatica. (Common variants include Hepatica nobilis and Hepatica americana). This plant can flower anytime between March and June in Iowa woodlands. This year, it started blooming relatively late because of the harsh winter.

After the jump I've posted Eileen's photographs, along with her descriptions of the plant, its stages of growth, and its pollinators. I've never managed to get such clear shots of insects on wildflowers.

Hepatica buds and stems that push up through the woodland soil in early spring are covered with many tiny hairs. These hairs provide both warmth against the cold and protection against ants, which might climb up the stems to steal their nectar without providing the service of cross-pollination. 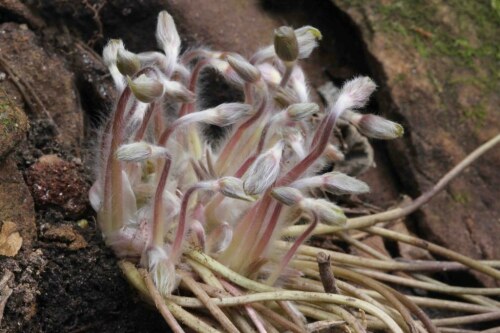 Hepatica leaves are evergreen, meaning they last a full year. When the new spring Hepatica flowers begin blooming, the leaves of the last spring often take on a liver-like color as they die and dry up as seen in this photo. The long-lived leaves make and store food throughout the growing season, making it possible for the plant to produce flowers very early in spring. 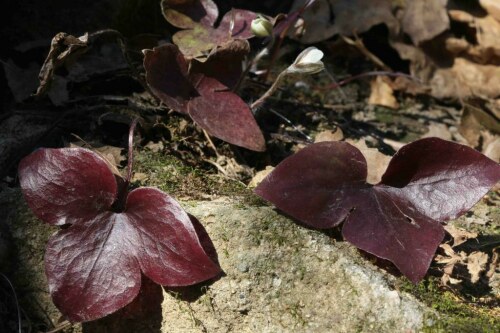 Hepatica flowers coming up through leaves on the woodland floor.

The flowers bloom in shades of blue, pink and white. 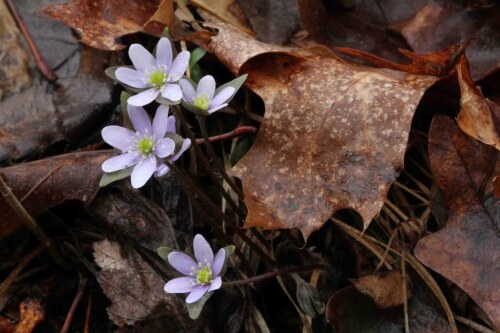 The purpose of the flowers is to attract insect pollinators. A large bee fly (Bombylius major) has just zoomed in and pushed a much smaller 'sweat bee' (Lasioglossum species) out of the way. Both of these insects are important pollinators. 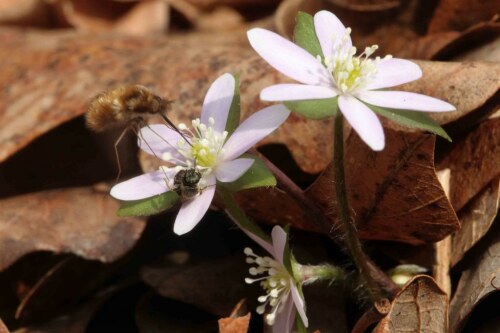 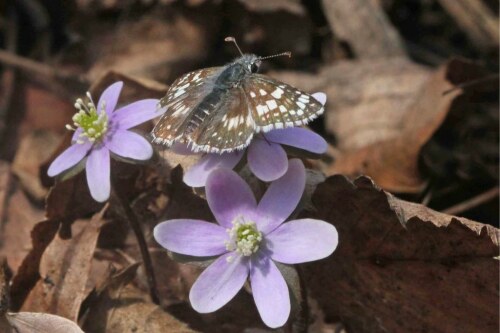 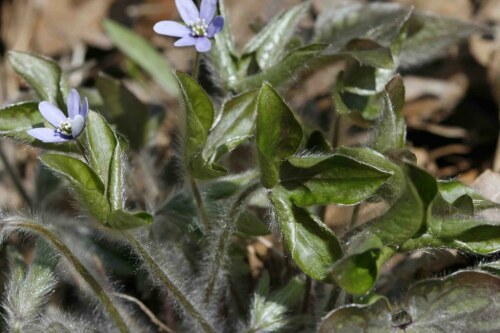