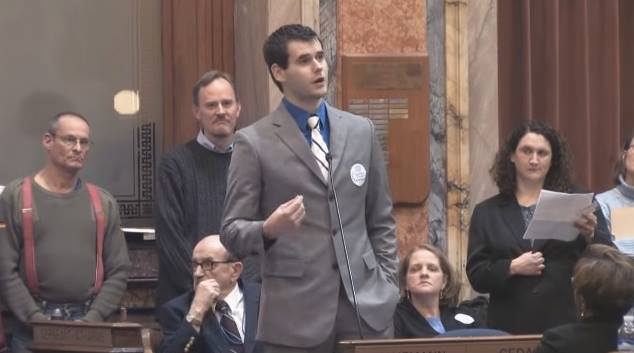 Reflection on a Five Year Anniversary

The video of Zach Wahls speaking at that 2011 public hearing went viral and inspired thousands of Iowans who supported equality. Although Zach did not dissuade Iowa House Republicans from approving a state constitutional amendment on marriage the following day, Democrats in control of the Iowa Senate held the line. -promoted by desmoinesdem

Yesterday (January 31) marked the fifth anniversary of a three-minute speech that I delivered to the Iowa Legislature about growing up with gay parents. It was the first time I've celebrated an anniversary of this speech knowing that no speech like it will ever have to be given again in this state or country, following the Supreme Court's 2015 ruling.

I had no idea when I stepped up to that microphone just how much the world would change in the next five years.

A few things that have happened since then: