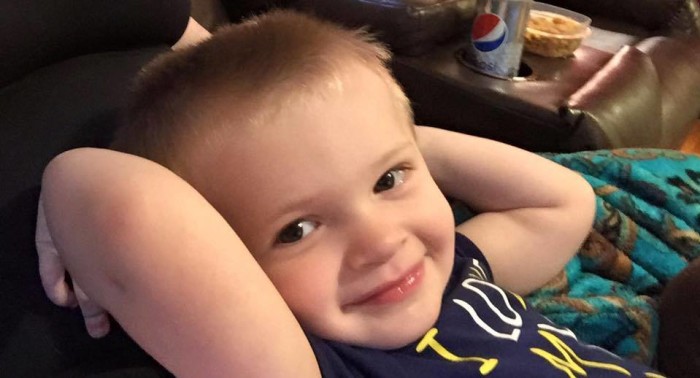 Maridith Morris is a nurse and the Democratic candidate in Iowa House district 39. -promoted by desmoinesdem

This picture is my nephew Fin. He is an adorable, happy little guy and I love him to pieces. Fin has autism spectrum disorder. Fin is just one vulnerable Iowan who is going to be hurt by Medicaid privatization.

At Fin’s age, early intervention therapy is crucial for his positive outcomes. Therapy can mean the difference between him becoming a high functioning adult, one who is able to live independently, work, and pay taxes and a disabled adult needing tax payer support. Despite the crucial nature of Fin’s therapy, the rush to privatize Iowa’s Medicaid puts those services in jeopardy. To receive therapy, Fin’s parents will have to transport him from Indianola to appointments at Blank Children's Hospital in Des Moines because services are no longer in network in Indianola.

As Fin grows, his needs for therapy will grow as well. He will need speech therapy, occupational therapy, and Applied Behavioral Analysis (ABA) therapy. This means his family will be transporting him almost daily, if all his therapy will still be covered. We still don't know if he will have all his services covered. They’ve recently been blessed with a second child who will get to tag along with mom while Fin goes to therapy. I’m proud of how hard my brother and his significant other have worked to get themselves on a financially stable path. My brother has risen from being a part time employee to a department manager for a local company. They have paid down debt and are buying a house. The gas expense will strain their family, but thankfully they can get Fin to therapy. I disagree with any supposed cost saving measure that passes the bill on to working Iowa families.

I am proud to be an advocate for vulnerable Iowans and working families. I oppose the rushed privatization of Medicaid and believe it will lead to costly delays and barriers to care. I believe that not only does my nephew Fin deserve better, but all Iowans do.