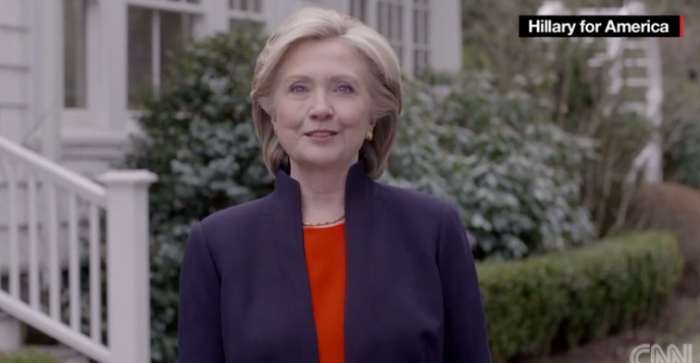 This week, both The Fix at the Washington Post and NPR's Domenico Montanaro moved Iowa from toss-up to lean Republican.

Forecasters that still see Iowa as a toss-up include the Cook Political Report and NBC News, though it's been a couple of weeks since NBC updated their battleground map. The New York Times Upshot puts a 53 percent probability on Trump winning here.

As Bleeding Heartland and plenty of other commentators have noted, Iowa's demographics favor Trump. Our state's population is overwhelmingly white and has a high proportion of adults without a college degree. Iowa voters also skew a bit older than the national average.

In a guest post for The Economist last week, the Des Moines Register's Jason Noble pointed to "prescient" observations by Harry Enten shortly after the 2014 election: "White voters in Iowa without a college degree have shifted away from the Democratic Party."

The biggest drop-off from Obama’s 2012 margin to [U.S. Senate candidate Bruce] Braley’s 2014 margin was in those counties that had a higher share of whites without a college degree. [...]

Now, if this were merely a problem with Braley, it wouldn’t be that big of a deal. But the shift in Iowa may be more fundamental than that — a problem for Democrats in 2016.

Obama saw a similarly distortional decline in his popularity among Iowans without a college degree over the past two years. His approval rating in Iowa used to run at or ahead of his national approval rating, but it hasn’t in his second term [...]

In other words, we’re not just talking about Iowa shifting with the nation as a whole. Instead, the state’s relative political position has changed. Iowa has moved more against Obama than expected based on a uniform swing. And it goes beyond Obama. [...]

During Obama’s first term, the percentage of Iowans who considered themselves Democrats was 1 or 2 percentage points below the national average. It has dropped to about 5 points below that average in Obama’s second term.

In a September 13 post, Enten considered why Iowa is among four states "Where Polls And Demographics Disagree."

Based on the demographics and previous voting patterns in Iowa and Nevada, they “should” be better states for Clinton. [...]

Iowa — Why is Trump beating the demographics here? Well, whites without a college degree in Iowa were abandoning the Democratic Party before Trump. Before 2014, whites with and without a college degree tended to vote similarly in Iowa. But in the state’s 2014 U.S. Senate election, Democrat Bruce Braley did particularly poorly among whites without a degree. Further, according to Gallup, Obama’s approval rating and the Democratic advantage in party identification declined more steeply in Iowa in 2014 than it did in the nation. So noncollege whites in Iowa were already trending towards the GOP. Then comes Trump, who has outperformed with that group relative to other Republican presidential nominees. Those two trends together might give Trump an advantage in the Hawkeye State not reflected in its recent presidential voting history.

Trump may be leading in Iowa, and I wouldn't be surprised if he wins Iowa. I've said for a long time, I am far more confident that Clinton will surpass 270 electoral votes than I am of her carrying this state.

But at the risk of sounding like one of those "unskewers" poll-watchers warn about, I don't believe Trump is leading Clinton among likely Iowa voters by 8 points, as last week's Monmouth University poll indicated. Trump's position may well have improved here; Monmouth found him ahead by 2 points in July. However, several of the survey findings are questionable. From the polling memo:

Among Iowa voters likely to participate in November's presidential election, 45% currently support Trump and 37% back Clinton. Another 8% intend to vote for Libertarian Gary Johnson, 2% say they will support Green Party candidate Jill Stein, 2% say they will vote for another candidate, and 6% are undecided. Trump's current standing is similar to his 44% share two months ago, but Clinton has lost support since July when she had a 42% vote share.

Among self-identified Republicans, 81% support Trump, which is down from 87% in July. Clinton has improved her standing among Democrats from 86% two months ago to 91% in the current poll. Trump has been able to increase his overall lead, though, by improving his share of the independent vote. He now leads Clinton 44% to 29% among independents, compared to a much narrower 39% to 35% edge he had in July.

Nearly half (48%) of Iowa voters under age 50 currently support Trump compared to 33% for Clinton, 10% for Johnson, and 4% for Stein or another candidate. Two months ago, the under 50 vote split 51% for Trump, 32% for Clinton, 7% for Johnson, and 3% for another candidate. In Monmouth polls conducted nationally and in other states, Clinton has had the advantage with younger voters.

I highly doubt Trump and Clinton are tied among Iowa voters with a college degree. But more important, how did Trump surge to an 8-point lead according to Monmouth, even though his support among self-identified Republicans was down while Clinton's was up?

Dana Houle noticed that the partisan breakdown of Monmouth's Iowa respondent pool (which you can find by downloading a pdf file at the bottom of this page) was 24 percent self-reported Democratic, 29 percent Republican, and 47 percent independent. That's inconsistent with self-reported party ID from Iowa exit polling in 2012, which put the electorate at 33 percent Democratic, 33 percent Republican, and 34 percent independent.

A better reflection of reality comes from the statewide statistical report on Iowa's 2012 general election, which is very close to the certified results from the Secretary of State's Office. According to that report, 525,624 Democrats, 546,729 Republicans, and 497,496 no-party voters cast ballots in our state's last presidential election.

Democrats aren't yet putting up the early vote numbers they did four years ago, but no way will they comprise only a quarter of the electorate in Iowa this November, in line with the Monmouth poll sample. Nor will no-party voters cast nearly half of the Iowa ballots.

I understand why pollsters typically "weight their results by demographics (such as age and race) and not attitudes (like party identification)." As Enten argued here, "historically this has produced the most accurate result."

But assumptions about the political makeup of the electorate can strongly influence poll findings. Nate Cohn published a great read today on "the error the polling world rarely talks about in public." The Upshot provided raw data from its recent Florida poll conducted by Siena College to four respected pollsters. "The pollsters made different decisions in adjusting the sample and identifying likely voters. The result was four different electorates, and four different results," ranging from a 1-point lead for Trump to a 4-point lead for Clinton.

• Clearly, the reported margin of error due to sampling, even when including a design effect (which purports to capture the added uncertainty of weighting), doesn’t even come close to capturing total survey error. That’s why we didn’t report a margin of error in our original article.

• You can see why “herding,” the phenomenon in which pollsters make decisions that bring them close to expectations, can be such a problem. There really is a lot of flexibility for pollsters to make choices that generate a fundamentally different result. And I get it: If our result had come back as “Clinton +10,” I would have dreaded having to publish it.

• You can see why we say it’s best to average polls, and to stop fretting so much about single polls.

I've always expected a close presidential race this year in Iowa. It will take more than one survey to convince me either candidate has a lead outside the margin of error.

Any comments about the presidential election are welcome in this thread.

UPDATE: Building on Cohn's post, Huffington Post's senior polling editor Natalie Jackson argued here, "Focusing On Error In Polls Isn’t Sexy, But It’s Necessary." In addition to the "potential sources of error" Cohn highlighted, namely "decisions made by pollsters about how to adjust the poll,” she mentioned

error based on people who couldn’t be reached because of how the poll was conducted (“coverage error,” such as those who rely solely on mobile phones in a landline telephone survey), people who didn’t respond to the survey (“nonresponse error”) and potential bias in how the questions were asked and answers recorded (“measurement error”).

We should be able to address error better in the polling field. Pollsters release hundreds of polls in an election cycle, often with great care given to how the poll is conducted and how the sample is designed. It’s time to put more care into estimating and describing the error in those polls. Doing so is important to both the general public trying to understand polls and to pollsters themselves: If we’re providing realistic expectations of error, polling “misses” that are actually reasonable based on expected survey error might be better understood.

But that means putting aside the horserace for a while and focusing on the errors. Unfortunately the horserace is what drives attention and traffic ― and both pollsters and journalists need that to survive in their industries. Technical discussions of error (like this one) aren’t going to get many clicks.

SECOND UPDATE: On September 22 Cohn published a piece about the latest North Carolina poll by Siena College for the Upshot. Depending on the likely voter screen, Clinton may be ahead of Trump by 2 points, tied, or trailing by 1 or 2 points.

But our likely-voter model is a 50-50 split between the vote history of our respondents and what they tell us about their likelihood to vote. And Mrs. Clinton’s supporters, especially her black supporters, were not as likely to report that they intended to vote as Mr. Trump’s supporters were.

The gap was largest among the voters who were modeled as more than 90 percent likely to vote. Just 64 percent of these high-turnout black voters said they were “almost certain” to vote, compared with 83 percent of white voters who had a greater than 90 percent chance to vote. These voters have generally participated in off-year elections, like a midterm or presidential primary.

A broader definition of self-reported likely voters — including those who rated their chances at a 9 or a 10 on a scale from 1 to 10, and those who said they were either “very likely” to vote or “almost certain” — showed Mr. Trump ahead by 1 point.