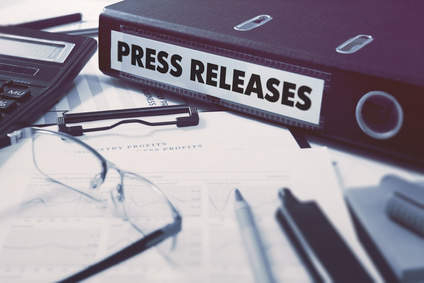 Blurring the lines between news reports and press releases

The Des Moines Register ran a lead editorial two weeks ago about “Blurring the lines between news and public relations” in Iowa’s third-largest city:

But rather than create a website to issue press releases or connect directly to the public, the city of Davenport went a step further, creating a site called Davenport Today and packaging the information as if it was independently produced journalism rather than information crafted and disseminated by the same public entity that was being “covered.”

[…] From the outset, Davenport Today was criticized for being nothing more than a taxpayer-funded propaganda machine — which it was. That meant all of the information it shared with the public, no matter how solid, was tainted in the eyes of some readers. Even the articles that appeared to present an unvarnished look at city operations were viewed as self-serving since they emanated from City Hall itself.

AMES, Iowa – Iowa State University President Steven Leath announced the launch of the Forever True, For Iowa State campaign, a historic initiative to raise $1.1 billion for the university by June 30, 2020.

The goal is the largest ever for an Iowa State comprehensive campaign, and will help achieve the university’s vision to lead the world in advancing the land-grant ideals of putting science, technology and human creativity to work.

The announcement was made at a campaign launch event on Friday, Sept. 30, at Hilton Coliseum. “One of Iowa State’s greatest resources is its family of loyal alumni and friends,” said Leath. “This degree of loyalty is why the name of this campaign feels so appropriate. Our alumni remain forever true to this university – as Iowa State remains forever true to the principles of innovation, diversity and accessibility on which it was founded.”

With a name inspired by the Iowa State Fight Song, the campaign will rally support for scholarships, faculty support, facilities and programs. It will help ensure access to an exceptional education, advance Iowa State expertise in key areas that address global challenges, and enhance the university’s impact on the economy and quality of life in Iowa and around the world.

Since the campaign began its quiet phase in 2012, many gifts have been received that are already making a difference on Iowa State’s campus. The Moving Students Forward initiative, launched by President Leath in 2012, raised $204 million specifically for scholarships and other student support. More than 23,000 students have received support through the initiative. Also during the campaign to date, 35 new named faculty positions have been created. The Marston Hall renovation and the addition of the south end zone of Jack Trice Stadium were completed, in part, with funds contributed during the quiet phase. These are just a few of the many examples of how philanthropy during the campaign is already benefiting the university.

“I invite everyone whose lives have been touched by Iowa State to consider what it means to be Forever True to this university,” said Jon Fleming, a 1975 Iowa State graduate and retired gastroenterologist from Ames, Iowa, who serves as campaign chair. “With the help of our extended Iowa State family, I know we can make this the most transformative campaign in Cyclone history.”

Larissa Holtmyer Jones, president and CEO of the Iowa State University Foundation, announced that more than $551 million has already been raised, saying, “This goal stretches us, but there is so much to be gained in meeting it for our students’ and for our children’s futures.”

Now click through to read stories by Vanessa Miller in the Cedar Rapids Gazette and Joey Aguirre in the Des Moines Register. The majority of the text comes from the press release. Both articles also included a couple of sentences about the University of Iowa’s capital campaign, which is wrapping up soon.

Miller did more to alter the material; she rearranged various facts and quotes, whereas Aguirre presented them in almost exactly the same order as they appeared on the news release. Miller also was quicker to publish. Her story hit the Gazette’s website on October 1, while the Des Moines Register posted Aguirre’s piece the following afternoon.

Aguirre added a picture of a tweet from ISU President Leath and gets points for linking to the release. As Steve Buttry has written, “Linking is an essential part of attribution in online journalism.” Though Miller’s story cited the release as a source, the Gazette’s website didn’t link to the original document. (Attribution isn’t the Gazette’s strong suit.)

Statements from official sources can be newsworthy. I post lots of press releases at this site, always identifying them as such and putting the text in block quotes to distinguish it from my own writing.

ISU’s capital campaign is a legitimate story, given that hundreds of thousands of Iowans either attended the university or are close to someone who did.

But when a journalist can add little to facts provided in a press release, newspapers would do better just to run the release, perhaps after an introductory sentence or two.

“Propaganda machines” have more potential to mislead readers when information emanating from state bodies, corporations, or non-profit organizations appears to be “independently-produced journalism,” dressed up with a reporter’s byline.

The Register’s editors understand that point. The editorial criticizing the city of Davenport’s website noted that “the news media itself has often blurred the line between propaganda and news.”

The Des Moines Register, for example, has at times published what appear to be news articles about the Des Moines Public Schools, written not by a Register journalist but by a “staff writer” for the school system’s award-winning public relations team.

Unfortunately, that sort of thing is becoming more and more common, and it’s getting to the point where the average person may find it impossible to differentiate between independent journalism and government self-promotion produced at the taxpayer’s expense.

Here’s hoping that message gets through to the Register and Gazette newsrooms.

DECEMBER UPDATE: Here’s another case where the Cedar Rapids Gazette should have published a press release, marked as such, rather than an article that shuffled words around but contained essentially no information not provided by the official source.