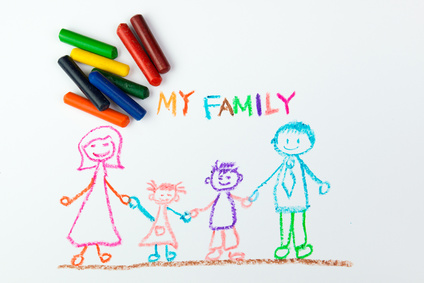 Austin Frerick, an Iowa native and economist who has worked at the Institute for Research on Poverty and the Congressional Research Service, makes the case for job-protected paid leave. You can read his past writing at Bleeding Heartland here. -promoted by desmoinesdem

Kristen Corey of Ankeny remembers the moment clearly. The moment she realized that things were different for women in the working world than for men.

Twenty-five and newly married, she just started a new job and asked her human resource professional about the company’s maternity policy. The HR person looked at her and with a short laugh answered, “Well, you just use your accrued sick and vacation time.” Kristen responded, but “what if I get pregnant in the next few months?”

To that the HR person quipped, “Don’t get pregnant.”

It wasn't even a question for Kathy Frerick of Cedar Rapids. When her mother’s dementia intensified, the mother of three cut back her hours and moved her mother in with her family. It put a dent in her family’s budget, but she knew that it was the right thing to do. She knows that she was lucky though. Most people don't have the option of reducing hours to juggle everything.

These stories are practically universal for hardworking Iowans. Almost all Iowans will need to take time from work to deal with a serious family or personal illness, or to care for a new child at some point. Yet, only four out of ten working adults in Iowa are eligible for and can afford to take unpaid leave.

The 21st century reality is that most parents work. Without job-protected paid leave, every single day an Iowa parent faces an impossible choice between their family and their job.

We need to change that by pushing our elected officials to co-sponsor the Family and Medical Insurance Leave (FAMILY) Act to provide Iowans the economic stability to care for their loved ones. This legislation would create a national paid family and sick leave program. All working Iowans would get two-thirds of their normal income for up to 12 weeks and Iowa families would get this economic security for only $1.50 a week – that’s about the cost of a half gallon of milk.

Several states already have implemented paid leave to great success and ease. Employers like it because of less turn over which saves them money. Other states have also found it easy to implement. Their success shows that this is a tested model that works for families, businesses, and the economy.

Iowa children benefit when parents have paid leave. Research shows that parents who have access to paid leave are better able to care for their newborn and young children. They can devote additional time and are in a healthier place to do so.

Leave also enables caregivers of older adults the ability to meet both their caregiving and work obligations. Almost 500,000 Iowans are 65 or older and more than 300,000 Iowans serve as caregivers to a loved one. The average caregiver over 50 who leaves the workforce to care for parent loses more than $300,000 in income when they do so; for women, that penalty is even higher. According to the National Partnership for Women & Families, paid leave also allows older workers to address their own health needs without having to drop out of the labor force.

No matter how you define family, we can all agree that no one should be forced to choose between caring for their family and their job. The FAMILY ACT makes balancing work and family just a little bit easier.