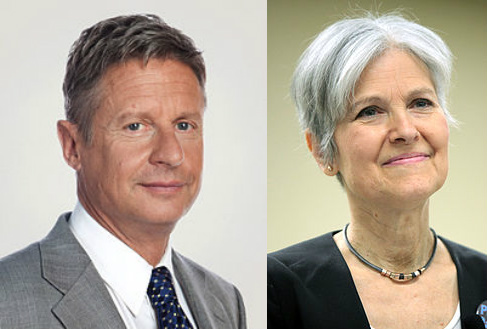 Dan Guild examines what history may tell us about "the most overlooked aspect of 2016: the third party vote." You can find his past contributions to Bleeding Heartland here and here. -promoted by desmoinesdem

We are now 4 days away from a general election. I have been surprised about one aspect of this race - the relative strength of third parties.

This table shows a summary of how third parties have failed. Almost without exception at some point late in the race they decline dramatically. There are exceptions: in 1992, Ross Perot increased his share of the vote. But Perot had a significant media budget and participated in the debates.

What you see across the board are two things:

2. Significant volatility in the final margin

These are related. In each of these races--with the exception of 1992, the only race where the third party vote did not decline--there was significant movement.

To see how important this is, let's look at individual state polling from 2000. These states were all to some extent battle ground states. In most of these states the Nader total was greater than margin between Gore and Bush. As you can see in a number of states, there was substantial movement. And with one exception, there was also a significant decline in Nader support. On average his vote declined by 40 percent between the last polling and election day.

As a result, in many states Gore ran substantially ahead of his late polling numbers. The movement was not uniform, in red states the Nader declined was accompanied by an increase in Bush's margin (eg Tennessee and Arkansas). But in the Midwest and and Pacific West, the effect is pretty clear: the Nader decline benefited Gore. 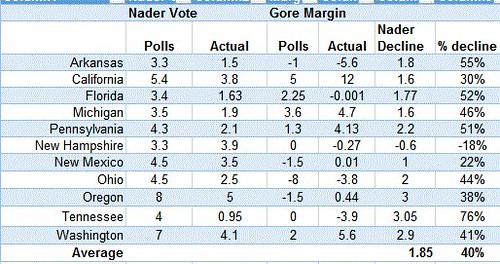 This brings us to in my opinion the most overlooked aspect of 2016: the third party vote. Highlighted in Bold are states where the combined Johnson and Stein vote is larger than the current margin between Clinton and Trump. These 14 states account for 178 Electoral Votes. In 12 of these states the margin is less than 5. They hold the balance of the election. 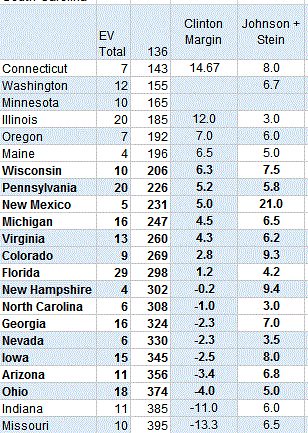 And in them Johnson and Stein hold an average of 7.5 percent.

I believe on these numbers that Clinton will win. In fact, I suspect that the decline in third party support is far more likely to benefit Clinton than Trump, and it is why I believe Clinton will likely win by more than the current margin suggests. But the data here is unmistakable: in a race this close there is every reason to think the close will be volatile.

Which, given what we have already seen in this election, is saying something.