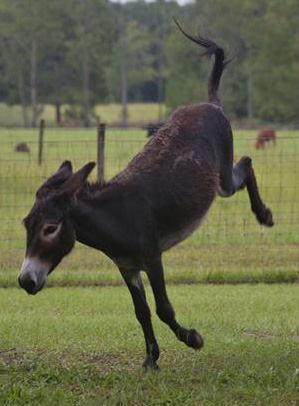 Tracy Leone has been involved with organized labor since 1997 and with elections in Iowa since 2006. Today she shares her thoughts on the path forward for Democrats. -promoted by desmoinesdem

Thanks to Bleeding Heartland for publishing diverse views regarding what the Democratic Party ought to do to get back to the business of winning elections again. While there is no single practice or set of principles to cure all that ails us, there are certainly things that have not been done that contributed to the Democratic failures at all levels of government.

It is urgent that we boldly resist the attacks on our democratic humanistic institutions, whether they come from Republicans or Democrats. Obama’s drone policy, his mass deportations and 5AM raids on immigrant families, his signing into law of Section 1021 of the National Defense Authorization Act that strips US citizen of due process are right-wing policies and we Democrats need to have the courage to criticize when one of our own takes position against our values.

What we now face at the state and national levels means this is not just an intellectual exercise. Our democracy depends on it.

The Iowa legislature and Governor have no legislative roadblocks to their plans to dismantle workers’ rights and voters’ rights. Any perceived “good” proposal coming out of this legislature will come with heinous strings attached. For instance, the governor may propose a minimum wage increase, but with the caveat that counties – driven by the grassroots – will no longer be able to propose wage increases.

We face a constitutional crisis with President-elect Trump’s business interests and duplicitous relationship with Vladimir Putin and the billionaire class which funded his campaign, and which are now part of his transition team, and with Betsy DeVos (sister of Eric Prince of Blackwater infamy), will become part of the administration. Democrats can and must filibuster Trump’s cabinet appointments. Anyone who takes the position that we have to “give them a chance” to govern is delusional.

We can also expect an all-out assault on journalistic freedom, already started by Craig Timberg’s Washington Post’s “Blacklist” article, that falsely, and without any attribution or integrity, accuses sites like Truthout of being a propaganda arm of the Russian government. Facebook, too, is examining what it can do to suppress “false” news sites. After years of lies from Fox News, now they propose to do this?

Beyond harm directly committed by government, emboldened right-wing factions of citizens could cause untold harm to vulnerable immigrant communities and religious minorities.

I say this with every hope to be proven wrong, and with every hope that there will be such a popular opposition to the worst excesses, that we just must endure the next two years until we can win back enough legislative seats to block the most conservative government the country has ever known. Until then, we need to act with courage that has been vacant in both the Democratic Party and in organized labor. So here are my two cents worth on what can and should be done, beginning immediately:

1. Policy Matters – What is missing in so many post–election analyses is the basic premise that policy matters. Instead the focus has been on analytics, data, organizational issues, fundraising. While not untrue, those ideas are incidental not inspirational. And the people, especially now, need some inspiration. And by policy, I do not mean policy papers. What drove both the Sanders and Trump Campaigns was that they spoke directly to the hurt that faces Americas working families. People can no longer afford the American Dream. Home ownership? College tuition? Wage increases? I don’t know what world others are living in, but most people I know are living month to month, with debt, precariously employed, or with wage stagnation and no pensions. Stop citing facts and charts and start reaffirming people’s basic awareness that the system is not working for them anymore.

2. Solidarity Forever: In the labor movement, we have a saying: Solidarity Forever. Not just until the election is over. Not just when it is convenient or when it directly affects you. Not just for photo ops or social media status updates, but genuine support for one another’s struggles throughout the year. This applies not only to those outside of organized labor who should stand up for union rights, but also for organized labor to work on behalf of those who do not belong to a bargaining unit. Johnson County is an excellent example that when people stand up for one another – by raising the minimum wage, issuing community IDs for undocumented immigrants, standing up to powerful developers for housing rights, being outspoken on behalf of LGBT rights – that results in winning elections. Johnson County is the only county in Iowa that won Clinton, Judge, Loebsack and all down ballot races. I’ve heard the argument that this is due to it being a college town, but we have liberal colleges and universities in Ames, Cedar Falls, in Dubuque, Davenport, Des Moines, Cedar Rapids, etc. Highly educated people do not necessarily create progressive policies. Solidarity does.

3. Politics is a Team Sport: Why does anyone run as a party candidate if they do not actually care about others from the same party on the ballot? This holds especially true in local elections where I have been told by party leaders that these are “non-partisan” therefore the Democrats don’t get involved.

Too many elections that I have been involved with have an every-man-for-himself platform. Or candidates are told to only be concerned about their own races, etc. While there are certainly situations and other candidates that completely justify this position, generally this is not true. Extraordinary Democrats have run for county, for city, or for school board elections who get completely ignored by the Democratic party which prioritizes national and statewide elections above all others. This is a huge miscalculation. Think if it as a Venn diagram. We each have our own circles of influence. If we build our party based on alliances from election to election, based on that time-honored tradition of running a slate (see Iowa City’s “Core Four” for a recent example), we not only build support to win the local elections, we create relationships that help recruit better-connected candidates and win larger races.

4. Iowa Nice No More: We need to stop acting like we can work with the Republican Party to pass progressive legislation. Republicans never do this. When they get control, they never compromise. When they are not in control, they do everything in their power to obstruct. Besides, there is nothing nice, nothing “normal” about destroying public education, about polluting water, about how giving enormous tax breaks to wealthy people somehow helps the rest of us. Attacking gay people is not civilized. It is not Christian to dehumanize immigrants. Jeez, it was only last month when Republicans lauded patrol officers who were murdered by a white supremacist, yet this month they are proposing to cut their health care benefits? Not fucking nice at all.