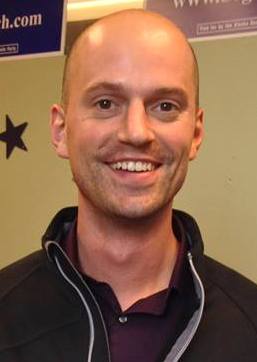 Making 2017 the Year of Party-Building

Blair Lawton, candidate for Iowa Democratic Party chair, continues the series of guest commentaries about how to rebuild. -promoted by desmoinesdem

Over the past month, I have been traveling around the state to talk to party activists about what we as Iowa Democrats need to do in order to start winning again, and what role the state chair should play in that process.

What I heard is that the number one goal of Democrats from the state chair on down should be party-building. In this article, I’d like to offer three suggestions for what that could look like:

We need to support our county parties. Strong county parties are the bedrock of a strong state party.
We need a renewed focus on rural areas. One piece of that is setting the goal of contesting every legislative race.
We need to bring a lot more people back into the IDP. And that means making sure the party is a big tent that welcomes people who are new to the party.

I believe that the only way to have a strong state party is to have strong county parties. All across the state, we have amazing county chairs – from veteran chairs who have been successfully organizing their counties for decades to new chairs who have only held the position for a few months. I think the state party should aim to support all county chairs in making their county parties even stronger.

If elected state chair, I would like to implement annual county chair trainings. These trainings would be held in each congressional district, with the goal of connecting chairs across the district, welcoming new chairs, sharing best practices, and setting expectations.

Coming out of the training, each county chair would be expected to put together a two-year campaign plan and send in within a two-month period. The two-month window would ensure that each chair was able to work on the plan during their next central committee meeting. The plan would focus on what the local party hopes to accomplish, what their goals are, and how the state party can best be a resource. There won’t be a one size fits all approach, but each county would be expected to address their financial needs and how they will reach their goal, how they will grow their party, ways they can make meetings action-oriented, and come up with creative ways to engage people in 2017.

As county chairs develop and implement a campaign plan, the state party would convene monthly county chair trainings that can be done via phone and live stream. They can be recorded and sent around to chairs after the trainings so that they have a copy and to accommodate those who are unable to attend. The trainings can be as short as 30 minutes and will focus on one specific topic per session (i.e. grassroots fundraising, creating an agenda for a meeting, how to use VAN, issue organizing, etc). Chairs that are doing well in these areas will be asked to take a leadership role in the training.

Our county chairs are incredibly talented and knowledgeable. The state party can play a key role in supporting that talent and helping share that knowledge.

I see local legislative races as a key party-building tool. It’s hard to organize in your community when there isn’t even a Democrat on the ballot for your state house or senate seat. Further, I think that not contesting dozens of rural seats sends a message to rural people that the Democratic Party doesn’t care about them. I think the state party should have a goal of recruiting and training a candidate to run for every legislative office in 2018.

This effort would supplement the candidate recruitment and training efforts run by the House Truman Fund and the Senate Majority Fund. The state party could even run a Candidate Bootcamp training that would consist of several items; including why are you running/developing your personal story, how to write a campaign plan, how to create a press release, how to use VAN, fundraising at the grassroots level, and how to create a budget.

I think that offering these Boot Camps outside of the usual targeted districts would pay big dividends in party-building across rural Iowa. It would also send a message that we are serious about listening to the concerns of rural people, and build our bench of local leadership across the state.

I was always raised that the Democratic Party was a big tent. Even if you didn’t agree with other Democrats on every single issue, you still worked together to represent everyday people. I think this vision is a key part of rebuilding the party. I worked on both the Obama and Sanders campaigns, and in both cases, a lot of the new people who were activated by the campaign did not stay active in the party. There will always be some drop-off, but I believe we can do a better job of proactively communicating with new Democrats that we want to keep them in the party.

I think the constituency caucuses can play a key role in this as well. Often campaigns reach out to our various communities during the end of an election cycle, but there isn’t ongoing outreach. Just as the state party needs to be offering resources and training to county chairs, we should be helping constituency caucus chairs organize throughout the cycle.

Fundraising
Finally, although I think that party-building should be the number one focus of the incoming state chair, I also recognize that fundraising is an important piece of the chair position. I believe that party-building and fundraising should go hand-in-hand: as we travel the state gathering input, sharing our vision, and making people feel involved with the party, we should also be encouraging grassroots donations and grassroots fundraising.

In addition to encouraging grassroots fundraising, I think that the party should focus on asking individuals to donate to specific programs, rather than general funds. If elected, I pledge to dedicate half of my time weekly to fundraising by phone and in person.

Blair Lawton is a candidate for the chair of the Iowa Democratic Party. He is originally from Inwood, Iowa, and now splits his time between North Liberty and West Des Moines. Blair’s full resume can be found at: https://www.linkedin.com/in/blair-lawton-72207660. Blair can be reached at 605-212-5084 or blairilawton@gmail.com. If you would like to get involved with Blair’s campaign for state chair, please visit https://goo.gl/forms/QrR4jvMWDcC7sjRB3