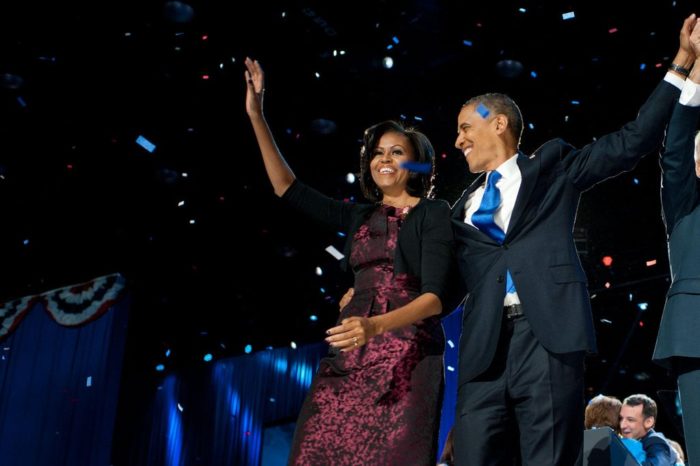 I worked really hard for you back in 2007 and again in 2012. I was “one of those people” who had never paid attention let alone voted before. I heard you Mr. President, I heard you speak on TV in February of 2007 announcing your candidacy. I stopped what I was doing and looked at the name on the TV screen. “Barack Obama” it said and I laughed. I thought, what the heck? It made me stop and listen though. I was sitting down before your speech was over. You had me. Just a person in Iowa. A veteran, a wife, mother, worker and non-registered voter.

The hope and the change. The light and the love. I felt it all. I went to your website and logged in and signed up to help. It was like a lightening bolt hit me. I sometimes wonder exactly what it was. I do not think I will ever know. Good looks, great smile, wonderful speaking tone? Maybe the thought that a black man could actually be president of this nation. Working towards that goal was certainly part of it. I do know this for a fact.

We were told to get positive and stay positive. No one was allowed to say disparaging things about anyone else who was running. Anyone in the office that did was spot checked and re-routed. We knocked, we called and we ate up your enthusiasm and hope with a big soup spoon. A man of conviction and a family to admire. You and Michelle spend a lot of time in Iowa, I met you three times and Michelle once. I cried when I met you Michelle. You are still a light in my life.

We listened to what Reverend Wright said and even though they tried to de-rail you with his words, we knew what he said was right. Online there was a blog where people came from all over the world, we took on your middle name as part of our screen names when it became an issue to some in this country. I was proud to be Laura Hussein Hubka. The newspapers started referring to that blog and using our names. I still have friends from that blog. We watched each other struggle though the door knocking and the caucus and primary nights. Babies were born, siblings died, husbands and wives died or left. We shared a lot together there. When Iowa was coming up all eyes and ears were on my words and thoughts from the ground here in Iowa. I spent time calling into radio shows talking about Iowa and Obama. I made a really great friend out of one of the hosts, I still call in to this day.

When you won the caucuses in Iowa, the fire took off. Then the defeat in New Hampshire. It did not kill us but it made us more determined than ever. People traveled all over the nation to help elect you. State after state and town after town you showed up and the world got to know you. Your message was one we needed (and still need I might add).

The day you were elected, that day! I spent the day nervous and crying. I just knew that this country was far to racist to elect a black man with a funny name. I was running on pure adrenaline. We knocked and called and ran our hearts out to make sure that all souls got to the polls. Then we sat and waited. We watched TV and to this day I still get goose bumps. You won Iowa, you won, you WON THE COUNTRY! The presidency! Sheer joy inside me and inside my children only 12 and 13 at the time.

We entered the lottery for tickets and found out we had won. The kids and I drove all day and came the Thursday before the election. We spent everyday walking the streets of DC. There were tanks and police cars everywhere but the atmosphere was jovial and upbeat. People were hugging and crying, people were happy and hopeful. It was like noting I have ever experienced. We talked to everyone from everywhere. I heard that no violent acts were committed in the city for the whole week including inauguration day. I took a picture of my kids looking up at you taking your oath. The first black man elected to the highest office in the nation.

I worked hard in 2012 for you, but the fight over health care took its toll on a lot of us. You took that blog down and moderated it and made it hard for a lot of us “old timers” to communicate. That was a bad move Mr. President. We were left cold. But we still stood up for you.

My children and I watched and listened as you were called names and your family was disparaged on a daily basis. I saw fellow Americans, even some in my own family talk about you as if you were not even a human or American. My heart ached for you and your family. You kept your eye on the ball and your family stood tall and unwavering. I was and am proud of you and your family. Thank you for taking the first hits that come along with being the “first” to do anything. I hate to see you go.

I can say that I do not like everything that you have supported during your time as president but I would do it all over again for the chance to feel like we have an upstanding man, an adult as president again. You have shown grace and dignity. You and your family are to be admired for being a standard of a great all American family. Generous and true. Moral and upstanding.

I await what the future holds for you and your family and thank you for what you did, what you tried to do and for what you have yet to accomplish.

Thank you for being a man and a family of Honor. You served us well. Please don’t walk away. Take a break and come back to fight with us. You’re still young and well, we need you. We (yes I say we because the American people did this) elected a man and a family that I can barely consider in my brain. We have a lot of work to do sir. I see you on TV and it takes my breath away. The difference will be stark and shocking. We don’t know what is going to happen. Please don’t go. We have lost more than we know.