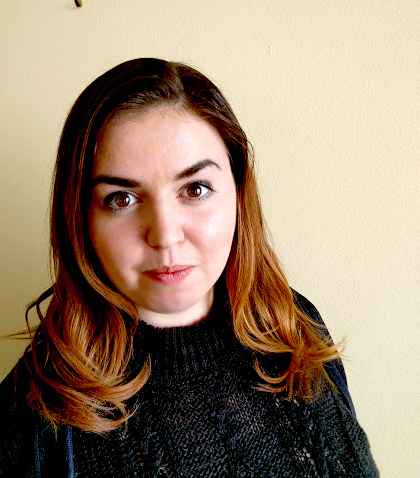 I would have been disenfranchised by voter ID

Elise Bauernfeind lays out one of many scenarios that could lead to a citizen’s vote not counting after Republicans enact voter ID legislation. -promoted by desmoinesdem

As a journalism and politics major at Drake University, my right to vote is extremely important to me.

That’s why I am deeply concerned about Secretary of State Paul Pate’s voter ID proposal now in play in the Iowa Legislature. If it had been in place during the elections last November, my right to vote likely would have been blocked—even though I am an eligible Iowa voter.

Pate’s bill, both as filed and as amended by the House State Government Committee, would reduce the types of ID people would be allowed to use to verify their identity prior to voting to just Iowa driver’s licenses, passports or military/veterans IDs. And that change would make it much more difficult and complicated for thousands of people—including myself—to vote.

My situation was this: Last November was the first time that I was able to vote in a presidential election. Because I was already registered to vote in my home state of Minnesota, I applied for a Minnesota absentee ballot while physically at school in Des Moines. I received my ballot about a week before Election Day, and filled it out a couple of days later. But I messed up. I put in some of the information wrong, scribbled it out, and then was worried that the scribbles would make the ballot not count. So I never mailed it.

I asked one of my political science professors what I should do. She told me that since I’m an Iowa college student, I could vote in Iowa instead and register at the polls on Election Day, using my university-issued student ID or Minnesota driver’s license for ID. The process was simple and took less than five minutes.

It’s also effective. By Secretary Pate’s own admission, voter fraud in Iowa is almost non-existent. And the type of voter fraud in Iowa that Pate’s proposal would allegedly address—identity voter fraud, where a voter claims to be someone else; there hasn’t been one documented case.

However, if Pate’s proposed law had been in place, between the botched absentee ballot and my not already being an active, registered Iowa voter and not having an Iowa driver’s license, I likely would have been blocked from voting.

Under Pate’s law, I would have had to register almost two weeks ahead of time in order to get his suggested “free voter ID card” in time for the election. This would have been impossible, as I didn’t know that I would be voting in Iowa until two days before the election.

This law is unnecessary, expensive, and attempts to fix a system that doesn’t need fixing. It’s especially a problem for students. Young people already have lower rates of voter participation than other age groups. The last thing we need is further discouragement from voting.

Elise Bauernfeind is a news journalism and politics major at Drake University. She is a Minnesota native who is interning at the ACLU of Iowa.