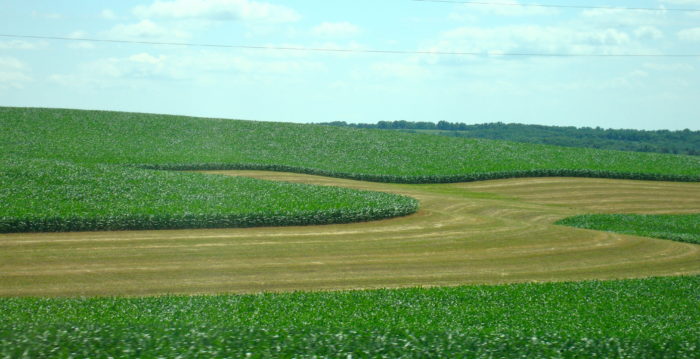 Matt Russell is Resilient Agriculture Coordinator at Drake University's Agricultural Law Center, as well as a farmer in Marion County. This commentary first appeared in The Conversation. -promoted by desmoinesdem

President Donald Trump’s decision to withdraw from the Paris Agreement fails farmers, one of the major constituencies that helped him win the White House. Arguably, U.S. farmers are the most capable of developing systems to both reduce and remove greenhouse gas emissions. But the Trump administration is ignoring our nation’s farmers as a strategic national asset in the global fight against climate change.

For nearly a century, U.S. agriculture has been the uncontested leader in agricultural innovation. Farmers have had three important sources of support that helped them create the green revolution, which allowed production to keep up with global population growth. These include public research and education from land grant universities; private industry; and public policy, especially the federal farm bill but also state-level policies.

While there are still production challenges, the bigger challenges facing humanity are not increasing yields but maintaining productivity in the face of an increasingly hostile climate and a need to stabilize the climate before it deteriorates further.

Farmers all over the world must innovate to develop environmental services focused on greenhouse gas emissions and sinks. Unfortunately, the general attitude of U.S. farmers prevents them from embracing this new and emerging challenge. Many of them share President Trump’s skepticism about climate change.

Trump’s decision to leave the Paris Agreement is focused on energy policy and doesn’t consider American farmers. Yet agriculture is emerging as one of the most promising players in addressing climate change by sequestering carbon from the atmosphere in the soil. One can argue China, Europe, Australia and possibly even Brazil will start investing in agricultural innovation similar to the way China and Europe are investing in renewable energy.

For the last 100 years, American farmers, their elected officials, industries that serve them and great innovators like George Washington Carver, Henry Wallace and Norman Borlaug have led the world in developing agricultural solutions to big problems. The next big problem is climate change.

American farmers can be at the vanguard of finding agricultural solutions to sequestering carbon. But by abandoning the Paris Agreement, President Trump has shown that he is not going to help American farmers work on these solutions and, thus, reap the benefits. American farmers could still do it, but the president made it much more difficult for them to do so and much more likely that farmers in another part of the world will lead the next agricultural revolution.