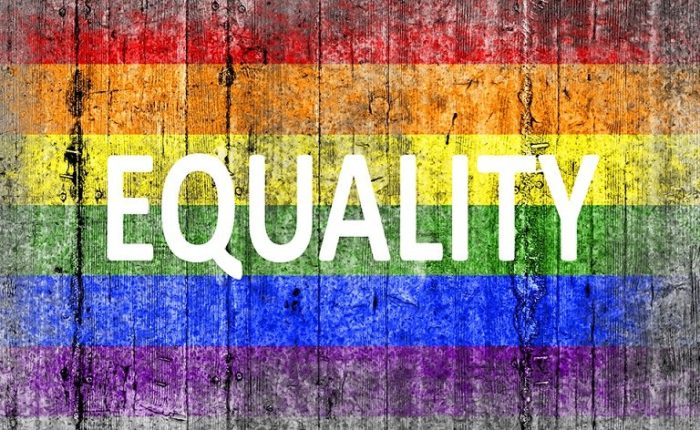 Andrew Duffelmeyer takes on Iowa Republicans' "just plain wrong attempt to legalize discrimination against our LGBTQ friends" in the name of religious liberty. -promoted by desmoinesdem

The Senate Local Government Committee is set to take up a bill aimed at legalizing discrimination against our LGBTQ friends and neighbors. Such an effort is certainly reprehensible and ought to be soundly defeated. But Senate Study Bill 3171 doesn’t do just that.

The architects of this so-called "Religious Freedom Restoration Act" have created language so vague and broad that it would go far beyond allowing wedding venues, bakeries, or floral shops to refuse service to same-sex couples – the apparent “problem” this bill aims to address, based on subcommittee testimony. The bill would allow people to challenge any law or action of any state or local government on the basis that it infringes on their religious beliefs. The government would then have to satisfy a difficult legal standard to justify that infringement.

We are also not just talking about religious beliefs trumping civil rights laws, like the apparent aim of allowing businesses to turn away LGBTQ folks. This bill would potentially allow for discrimination in other contexts and against other individuals as well. For example, it would allow a person to claim his religious beliefs compel him to deny loans to interracial couples; housing to single mothers; or employment to certain religious or ethnic groups. But again, it doesn’t end there.

This bill would allow a person to claim his religious beliefs preclude him from paying taxes or being subject to traffic regulations. It would allow a person to claim his religion allows for child or spousal abuse, and that child welfare and domestic violence laws meant to protect individuals from such conduct can’t be enforced against him because they substantially burden those beliefs. A person could claim his religion allows for the sale and use of illegal substances or the murder of an adulterous spouse. The possibilities are endless and frightening, and the person could raise such assertions as a claim or defense in any legal proceeding.

Under the bill, it is not difficult for an individual to claim he holds a religious belief and the enforcement of a law burdens that belief. It would then be on a government attorney to satisfy strict scrutiny, the most difficult legal test for the government to meet in justifying its actions. The government would have to show it has a compelling interest in the law, regulation, or action and that there is no less restrictive way of furthering that interest.

Supporters of the bill argue it simply “levels the playing field” between protecting First Amendment rights to free exercise of religion and the rights of the government to enforce laws. They also argue the federal Religious Freedom Restoration Act – which has been in place since 1993 – has not resulted in adverse consequences, and was pushed for by liberals like Chuck Schumer and Ted Kennedy.

Furthermore, the federal RFRA applies only to federal laws. The vast majority of day-to-day law enforcement takes place at the state and local level, so the federal RFRA does not implicate laws like the Iowa Civil Rights Act, as this state RFRA would.

Finally, it is important to know that the federal RFRA was passed in response to a 1990 U.S. Supreme Court case in which the Court upheld the firing of two Native American employees who ingested peyote as part of a religious ceremony and were fired by the state and denied unemployment benefits as a result. In short, the federal RFRA was meant to shield religious practices such as this from punishment – not to strike down civil rights laws meant to protect against discrimination.

In a misguided and just plain wrong attempt to legalize discrimination against our LGBTQ friends, lawmakers are opening up every single law, regulation, and action of every government in the state to legal challenge based on an individual’s religious beliefs. The wrongheadedness and irresponsibility of such a measure cannot be overstated. The people of Iowa are better than this, and our lawmakers ought to be better than this, too.