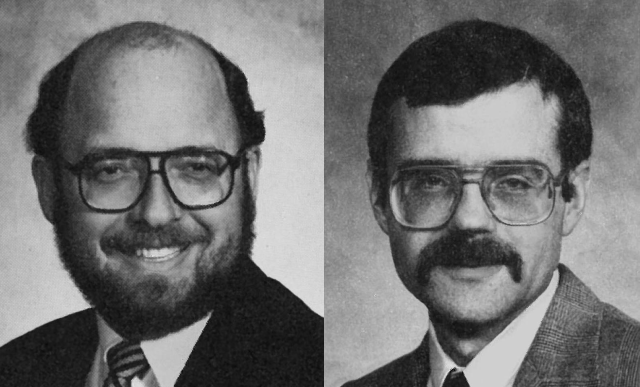 Charles Bruner is a longtime advocate for "policies that support children and strengthen families." He posted this reflection on Facebook following the passing of his friend, a former legislator and founder of the State Public Policy Group. -promoted by desmoinesdem

Thanks to Facebook friends Angie Slater, Mark Lambert, Jodi Tomlonovic, Tom Jochum, Christopher Slater, and I am sure others for their reflections on Tom Slater, who died on St. Patrick’s Day after a life much longer and enriching than 72 calendar years.

To add to these reflections, I first met and talked with Tom over thirty-five years ago, in 1981. He was a state senator and I was a lowly state representative, trying to figure out whether I should run for re-election to the House or go to, in Don Avenson’s view, the moribund and dreaded Senate. I contacted Senator Slater, the closest thing to a Young Turk the Senate had, to seek advice. Tom took me out to lunch – at one of the greasiest of greasy spoons I thought could exist, which made Iowa State Fair food seem health-giving.

I think I asked Tom how I would be received and what I might be able to get done as a freshman senator, as opposed to a tenured and three-term House member. Tom told me that, while almost everyone in the House had dreams of becoming president by way of governor or U.S. senator, most in the Senate were quite content simply to be called “Senator.” From a policy perspective, Tom opined, you could work on almost anything you wanted in the Senate and, as long as you didn’t lord it over others, get things done. In the House, you would be competing with someone trying to make a reputation, wherever you turned.

So, despite the culinary dangers that Tom exposed me to both in a relationship with him and in the Senate, his counsel was the one I took. I felt that if I went to the Senate I would have at least one real friend – but I didn’t really anticipate how much of a friend I would acquire. I do think the Casablanca line that ended the film on an almost optimistic note, is most apt and what I felt and what proved to be true, “I think we have the beginnings of a beautiful friendship.”

Tom shepherded me into the Senate, where he chose to chair the State Government Committee – and assemble the motley crew of Bob Carr, Jack Nystrom, Dick Drake, and himself and myself – to such tasks as “open records laws,” “right to know legislation,” and “state government reorganization,” – along with a dizzying array of licensing and regulatory activities (and peace-keeping and management of the contentious Iowa-Nebraska border).

“Anything can be considered about ‘state government,’” Tom reasoned, giving him license to put under his committee’s purview any issue upon which he could do some good. He then parlayed this dubious array of legislative successes into his own State Public Policy Group. Through SPPG’s work, he continued to support better – more inclusive, humane, and kind – public policies, largely through helping people do a little bit more within their own organizations and visions to support the public good. I think Tom’s greatest professional legacy is the opportunity he gave to so many young and not-so-young people, to find their own power and ability to work for something beyond themselves.

Tom had a large surrogate family, and Tom also had large and bona fide loving family – his brothers and sisters and their families, [wife] Valentina of course, and [daughter] Angie and her crew. Political junkies, SPPGers and their ilk – and it seemed like every third person who ate breakfast at the Waveland Café or lunch at the Drake Diner, and ninety percent of Jefferson-Jackson dinner guests (as well as the guest speaker for the evening) – would make it a point to come up to him to smile and chat. As a politician, he could glad hand with the best, but what made him special was that his glad hand was always genuine and from the heart.

He made others feel a little more valued and appreciated, whenever paths did cross. Tom will be missed, but he also will be remembered and cherished.