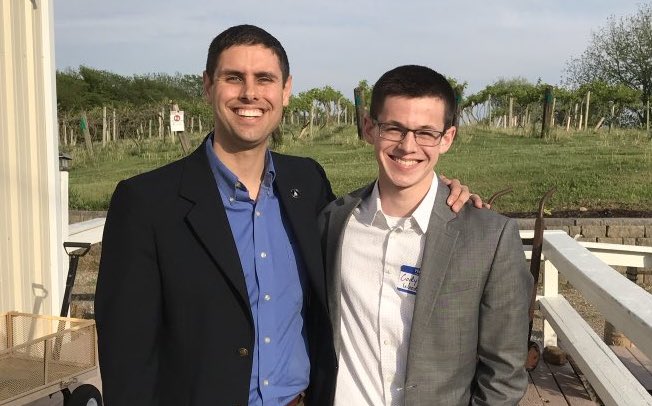 Cody Woodruff is a rising junior studying political science and speech communication at Iowa State University and a member of the Carlisle School Board. -promoted by desmoinesdem

When I began to write this piece, it began as your usual endorsement that we’re all accustomed to reading. However, that’s not what it turned into. We live in unusual times, so the case I’m going to make is unconventional, but hopefully more compelling than an average editorial. Many of us know where the candidates stand on the issues, we have a general idea of each candidate’s electability, and we’re aware of their background. If someone doesn’t know these things already, there are plenty of resources out there to check out, because I’m not going to talk about them here.

The focus of this piece is on one simple, powerful, extraordinary thing: hope.

Each of the candidates has roughly the same goal in mind – reversing the disastrous decisions made by the Republicans who have a trifecta on both the state and national level. Whoever we support, we’re all united behind that shared idea. The differences between them come in how they’ll accomplish this goal and move Iowa forward.

While plans and policies are needed in any campaign, it is my belief that what we truly need is something less tangible, but potentially more impactful. Hope is that indescribable idea we all hold tight to, and sometimes lose sight of, when times are particularly difficult and trying. It unites us, inspires us, and replenishes our spirits when we need it most.

I interacted with each of the candidates and researched their campaigns extensively, but only one of them filled me with the type of hope I’m talking about: Nate Boulton. Perhaps I was drawn to Nate without truly realizing why, but as the campaign went on, I began to recognize that rare and resilient characteristic. It’s not something you can find in a focus group, but instead a gut feeling. It’s not something you can create, but rather something you’re born with, and Nate has it.

It’s Nate Boulton who gets me to make one more call, to knock just one more door, to convince one more person to join our team. He inspires Iowans in every county and corner of this state, people who are farmers and firefighters, teachers and technicians, students and steelworkers, and pioneers and patriots! Young interns fill our office day in and day out – a majority of whom are women and part of the LGBTQ+ community – and they’re there for Nate and what he embodies. He represents a new dawn after a dark day, and we all know the past two years have been some of the darkest we’ve faced in recent memory.

Perhaps I’m being naïve, but this is straight from the heart. We need this radical idea of hope again, and it should be front and center as we decide who our nominee will be and what our party represents. It unites people across all backgrounds, beyond every barrier between us, and it disregards that which divides us. No matter how hard we get beat, how long we’re knocked down, how many people are left standing, hope is still there with us, and it will prevail. I ask all of you reading this to join us, support Nate Boulton for governor, and choose hope.