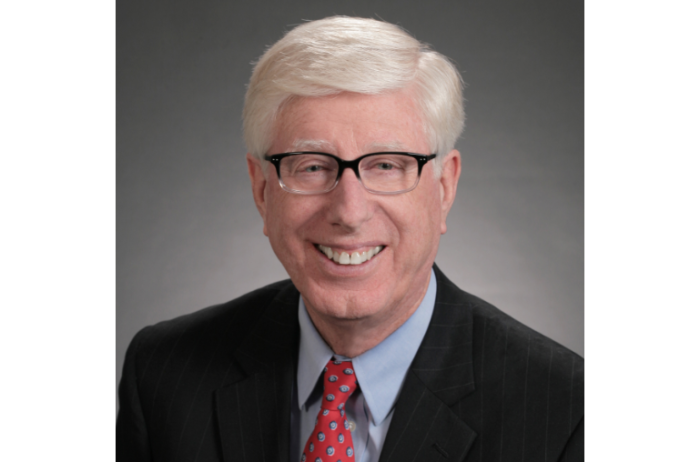 What a difference two election cycles makes. After going all in against longtime Attorney General Tom Miller in 2010 and making a token effort to defeat him in 2014, Iowa Republicans did not even nominate a candidate for attorney general at their June 16 state convention.

It's an embarrassing capitulation for a party whose leaders relentlessly and dishonestly bashed Miller during last year's controversy over Governor Kim Reynolds' constitutional authority to name a new lieutenant governor.

Iowans have elected Miller nine times, including in the GOP landslide years of 1994, 2010, and 2014. His most serious challenger was Brenna Findley in 2010. The former chief of staff to U.S. Representative Steve King campaigned extensively statewide and raised a lot of money for a first-time candidate, starting early in the election year. The Washington-based Republican State Leadership Committee gave the Republican Party of Iowa nearly $800,000 to spend supporting Findley's candidacy. Outside conservative groups spent another $600,000 on the race, largely on television commercials.

Terry Branstad, who came out of political retirement to run for governor in 2010, talked up Findley in his own stump speeches and appeared in one of her tv ads. Although the challenger outspent Miller by a substantial amount, she lost the November election by more than 120,000 votes (55.5 percent to 44.4 percent).

No one filed to run against Miller in March 2014, but the state GOP convention nominated Adam Gregg, a former staffer to Governor Branstad. Gregg didn't receive nearly as much support from Republican-aligned groups but still raised around $400,000, including $50,000 from the Iowa GOP. He lost to Miller by about 135,000 votes (56.1 percent to 43.8 percent), despite huge victories for Branstad and Joni Ernst.

Top Iowa Republicans reacted with outrage last May, when Miller determined that Reynolds would not be able to appoint a new lieutenant governor after assuming the governor's powers. Branstad repeatedly accused Miller of excessive partisanship and told a conservative audience at the time, “There’s an election coming up in 2018 [...] I think it’s time for a new attorney general.” Reynolds complained about what she called "political games" by the attorney general. The irony was, public records suggest that the only political pressure to alter Miller's opinion on the constitutional question came from the Branstad/Reynolds administration itself.

Last summer I heard from a number of Iowans who had received a phone call testing negative messages against Miller. The Republican Attorney Generals Association likely commissioned that survey; the Iowa GOP didn't report any spending on polling during 2017. I assume the findings weren’t promising, because Republicans don't seem to have tried hard to recruit a candidate for this race.

At the June 16 GOP state convention, Ames City Council member Jeremy Davis told delegates Reynolds had asked him to run for state treasurer. Since no nomination was forthcoming for attorney general, the governor must not have been committed to finding an opponent for Miller.

In theory, GOP delegates could convene again to nominate a candidate for attorney general before the mid-August filing deadline, but that scenario is unlikely to materialize.

Miller will have at least one opponent on the ballot. The Libertarian Party of Iowa nominated Marco Battaglia for attorney general at its state convention on June 9. Battaglia had sought the party's nomination for governor but lost the primary to Jake Porter. He raised only a few thousand dollars for his campaign.