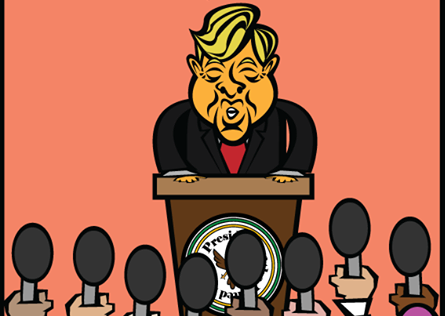 Robert Niederklopfer, a Democratic activist in Des Moines, was inspired to draw this commentary after President Donald Trump condemned the massacre of reporters and editors at the The Capital Gazette in Annapolis, Maryland, saying, “journalists, like all Americans, should be free from the fear of being violently attacked while doing their jobs." Trump has repeatedly called the media "the enemy of the people" and has sometimes incited supporters at his rallies to bash journalists or news organizations. -promoted by desmoinesdem 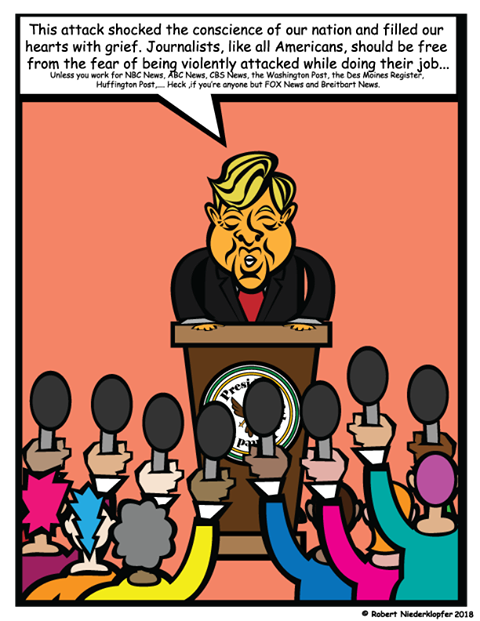 Editor's note: In an open letter published on July 1, staff of The Capital Gazette thanked the public "for the outpouring of sympathy for the terrible tragedy that took place Thursday in our Annapolis office."

We will never forget Rob Hiaasen, Gerald Fischman, Wendi Winters, John McNamara or Rebecca Smith, our five co-workers who were gunned down in a senseless attack. [...]

Here’s what else we won’t forget: Death threats and emails from people we don’t know celebrating our loss, or the people who called for one of our reporters to get fired because she got angry and cursed on national television after witnessing her friends getting shot.

We won’t forget being called an enemy of the people.

No, we won’t forget that. Because exposing evil, shining light on wrongs and fighting injustice is what we do.